I would like some advice on choosing memory for the 3970x. Here’s the tldr questions; I’ll provide more info below for nuanced answers, and thanks in advance for any time you are able to give me:

The specifics of the build are:

It was mostly important for gen 1 and 2. Gen 3 the memory is less important due to the better cache solutions.

At 1. The difference at best (for a 20 year old CPU architectures-assuming support for DDR4

) is literally 17/16 ~ 5%. Currently due to the caching mechanism maybe some synthetic benchmark will be better/worse 1%

At 2. Not really - I do not even care much about secondary numbers any more. That is the reason why shops list only one number now.

At 3. The difference at best (for a 20 year old CPU architectures-assuming support for DDR4

) is literally 3600/3200 ~ 12.5%.
However, unlike latency, there is a little more to it. The Zen CPUs have chip-lets (consists of cores) connected together by infiniti-fabric. And if I remember correctly for Zen 2 the CPU keeps clock for infiniti-fabric link to the memory clock up to the 3600Mhz (that link in clocks do not involve the clock for cores in any way). So actually having 3600 makes CPU little more faster. But only for some specific cases/operations.
On the other hand, current generations of CPUs have 3 levels of cache. And the main reason for a cache is to make any memory access as much as possible done with cache (and actually each level of cache does it for slower level of caches), and not with memory - whenever possible.
So maybe in some benchmarks you would see a difference ~5%.

At 4. I never buy single kit covering all 8 DIMM slots. I try to have at least 2 kits. So when I have issue with one of the kits I still should have the other one working (unless I’m very unlucky). For my current setup I bought 4 separate 32GB dimms (one for each channel). I do not recommend buying 8x separate dimms - although I might actually do it my self.
The rule of thumb is: have the same clocks and latencies (all the numbers this time). Although I’m not sure if it is still really technically required across all channels.

I personally decided that I want to have 4x32GB sticks (I will double layter if needed), CL16. And for the MHz I let my wallet decide and I went for 3200. I was not not even considering more than 3600.

In general 8 slot motherboards or 4 channel CPUs take a heavier load when all slots are occupied. This load, affects possible OC for both CPU and RAM. I remember that it was more issue for Intel’s x79/x99 platforms. For 3gen Threadripers, the official RAM speed is 3200MHz - it is similar with Intel.

WIth what you have listed memory wont matter that much just shoot for something around 3600 and you’ll be fine, even if you go ECC 2666 OCed to 3200 is still plenty good. Worrying about small sub 5% gains are not worth it.

I can’t afford Threadripper 3 yet, but I am doing my research early. 'Cause it’s fun. So I’m glad to have found this topic.

I do have a couple questions.

First, is this LTT video applicable to Threadripper 3? https://www.youtube.com/watch?v=iHJ16hD4ysk It was made before TR3 came out, but it is talking about Zen 2 cores. So I’d think it’d be applicable, but I’m not that much of a hardware guy, so I’m not sure.

If it is applicable, has anyone experimented with low speed, high density, ram and overclocking the infinity fabric? Around 4:14 in the video it looks like you can get DDR-3200 performance from DDR-2133 ram if you crank the infinity fabric.

That seems like a good way to be able to afford more RAM than you otherwise would.

High memory frequency improves minimum and maximum FPS in games more than low memory latency. Increasing speed and loosening timings on the same memory improves frame times. However you can maximize both speed and latency with manual tuning. On Threadripper you are probably capped at 3733 MHz anyway, so you only have the option of tuning timings. Everything including second and third timings results in increased memory bandwidth.

Finally, it makes no difference in 99% of applications outside of games and benchmarks. If you have to think twice, it’s not worth it. Just tune whatever memory you have. There seems to be only one B-Die bin for Threadripper - 3600 C16 - and they’re all priced the same. The rest are not B-Die and can’t be tuned as tightly. 128GB of B-Die costs as much as your CPU - absolute waste of money for maybe 5% performance increase in games.

I’m running a 3960X with 24vCPU and 32GB of ram to a win10 VM and getting pretty dang close to bare metal performance in games like CSGO and COD. This is without thread pinning and a ton of tuning, it’s crazy. Compared to the 1950X build I’m coming from a TON of memory issues are ironed out. Only problem is usb passthrough, but I added a pcie card for the win10vm.

Keep in mind, this is with a 16vCPU k8s cluster than runs plex/pihole/nginx/&much more. Host/Hypervisor is Pop_OS 19.10 that is also running a lot in the background.

So - ram wise I’m running the new Ballistix RGB modules 16GBx2 @ 3200mhz with two kits. The Ballistix Sport LT is supposed to be amazing for Ryzen an clock to 3600 CL16 easily with some hitting 3733 - there’s a reddit thread I need to dig up on it. 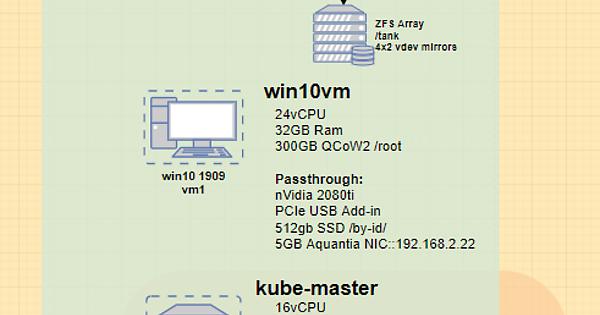 I believe @wendell said the sweet spot for 3rd-gen Threadripper is 3600 because that’s the highest speed at which the Infinity Fabric remains 1:1 with memory clock. I’ve seen scattered reports of chips that can push the IF up to 1900 (maybe Steve at Gamer’s Nexus had one?), but that seems to depend on the particular example. I’ve had a good experience running a 3960x with 64gb (4x16gb G.Skill) at 3600 using XMP for several months.

A quick search didn’t turn up any memory benchmarks for third-gen Threadripper, but here is a set for first-gen. Differences across 3200 and 3600 are pretty small (~5-7%).

So I started thinking I’d upgrade my RAM on my current system to something that would be good for Threadripper 3 or 4 when I can finally build that system. Which led me down the path of researching everything again. Unfortunately, I still can’t find any Threadripper 3 specific memory benchmarks. Gamers Nexus has an excellent article for Ryzen 3000, but I only got 2 pages of google results, and most were for earlier versions of TR.

So I thought I’d revive this old topic and ask if anyone has seen something my search-fu missed?

My specific thought on the upgrade would be a kit of 32gb ram sticks (say 4 of them) at 3200mhz. If I can confirm my ASUS X399 motherboard could use the ram, then I’d be set when I’m ready for TR3. But I’m not sure how good of an idea that is when TR gen 4 might start at 3200, and go up much much higher… Hrm…

'Course, who knows if the TRX4 socket will still be used next generation.

Anyone have any thoughts?