You need to embrace cad on ipad. If you dont need a lot of the advanced features, its so much faster.

Its almost as if drawing objects with a pencil makes things flow properly.

Well, I don’t have a single tablet in my closest family

Cannot test. Maybe in the future.

I had a friend show me on his ipad, i played with it for 10 minutes and was on ebay when i got home haha

Here is one of my custom mechanical keyboards. Im a big fan of the unikorn. 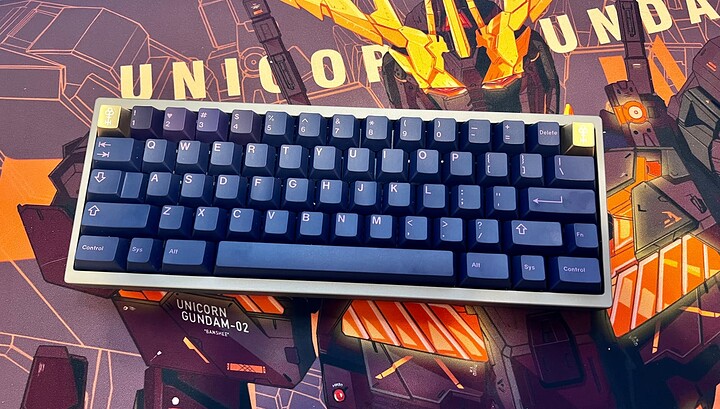 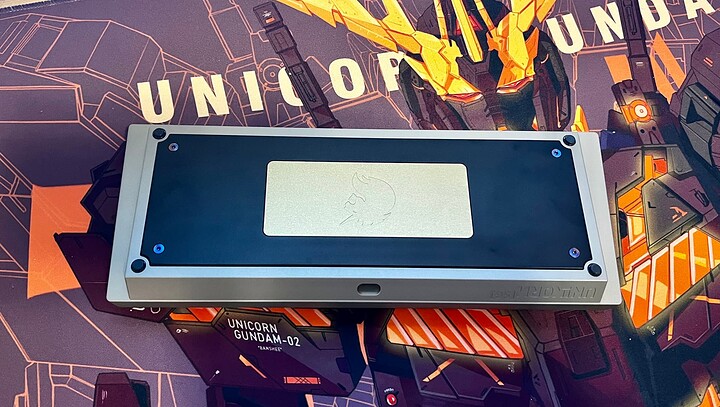 You show your keyboard but the weeb in me immediately notices the deskpad(?) under it.

Thanks! The color is great on it, but its super thin, only use for photos 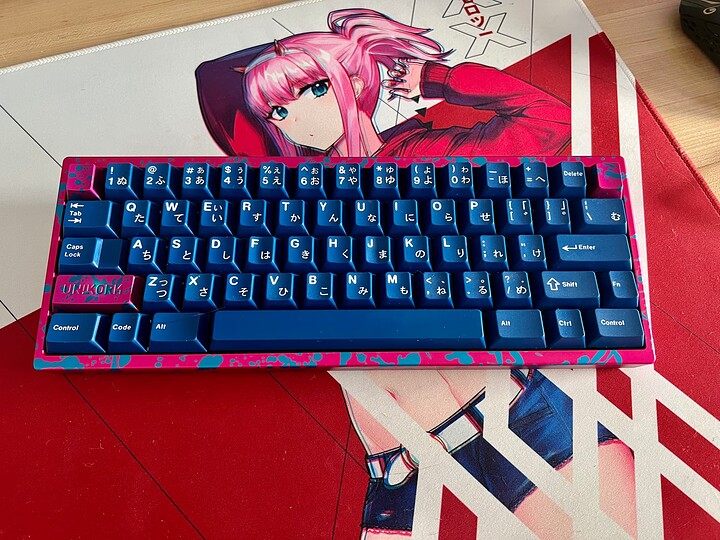 Another One of my unikorns, Cream switches lubed 205g0, carbon plate, gmk striker caps, left shift keycap i had made,

left shift keycap i had made,

And those boards look great.

Got my full GMK serenity kits, all sets, desk pads and cable. 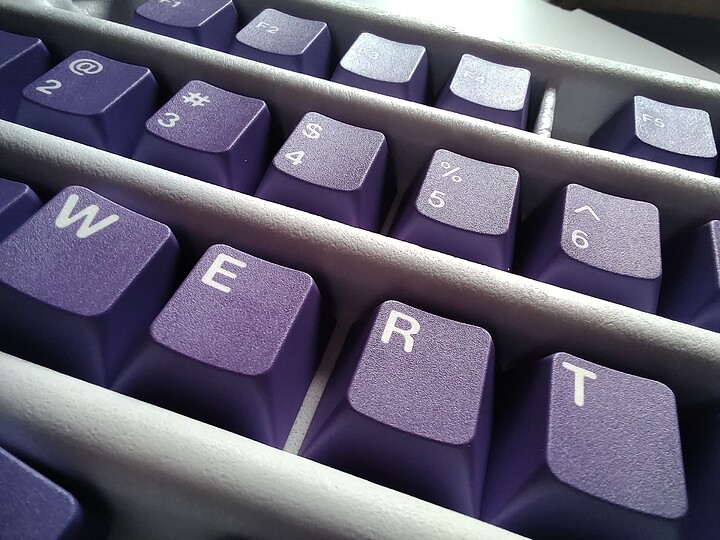 Now you only need a keyboard

Hahaha i have one but this is all the high end stuff so taking my time to think of the switches i use.

I have the board. 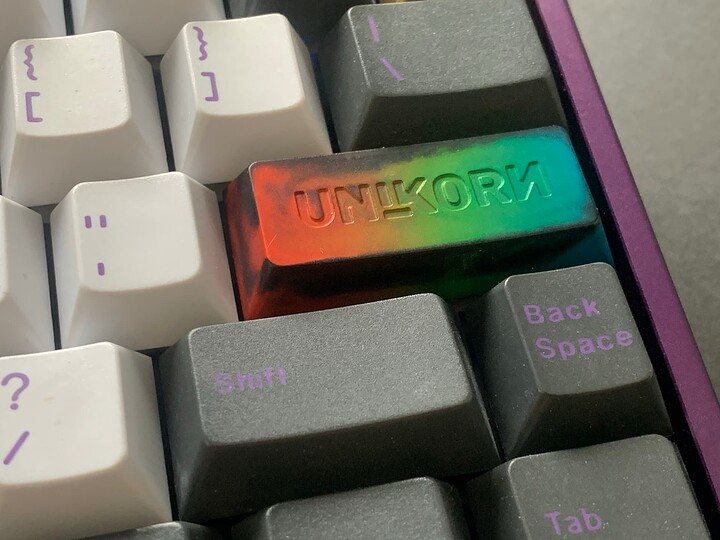 I have them made in brass, aluminum, copper, and titanium. 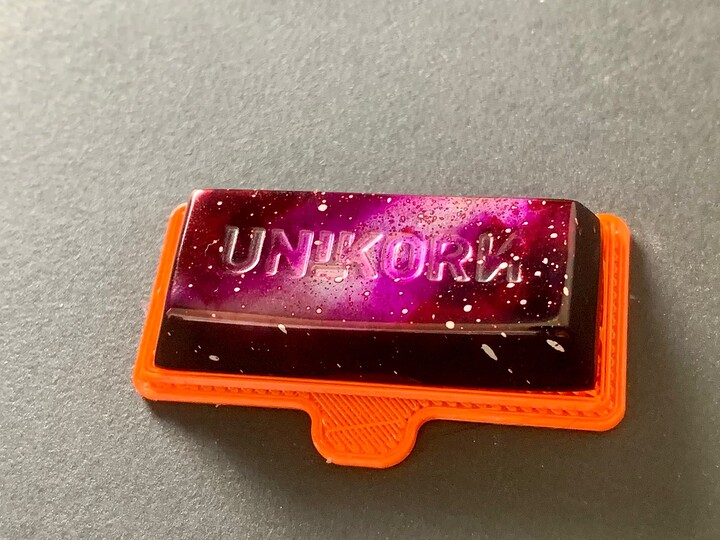 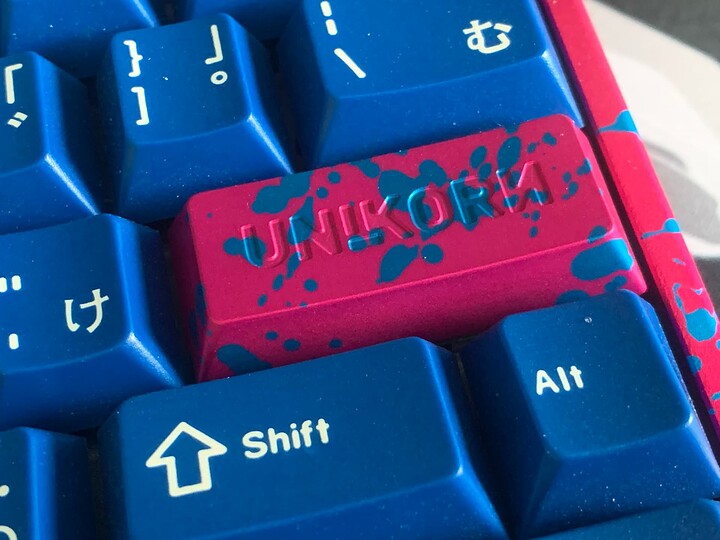 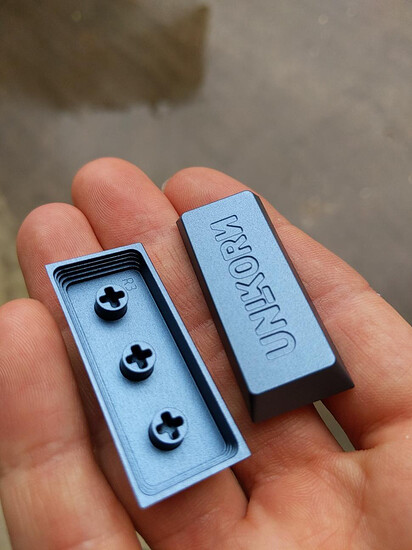 Thats awesome. Did you have them made?

How did you get the red and blue pattern done? The finishes are lovely.

Yeah that reared it’s ugly head when I played SC2 and would need to hit F2 to select all troops.

I could probably fix this with VIA but lazy. 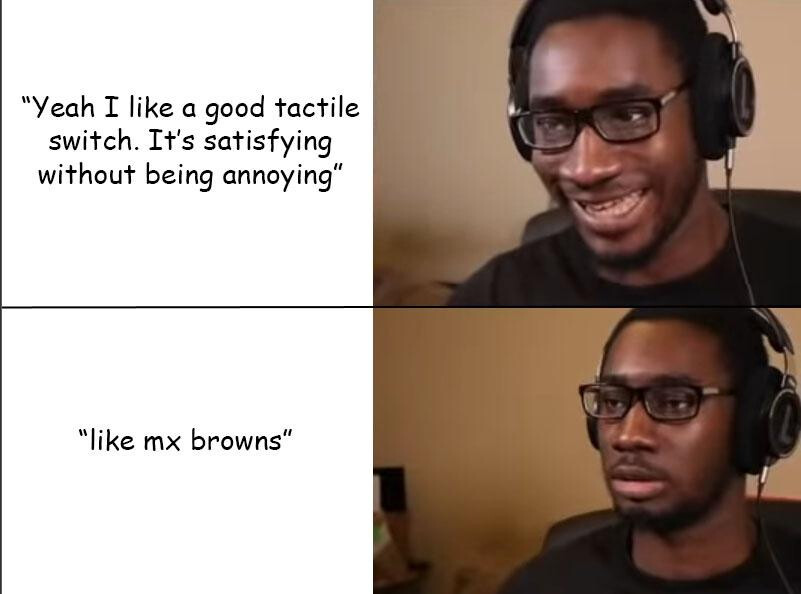 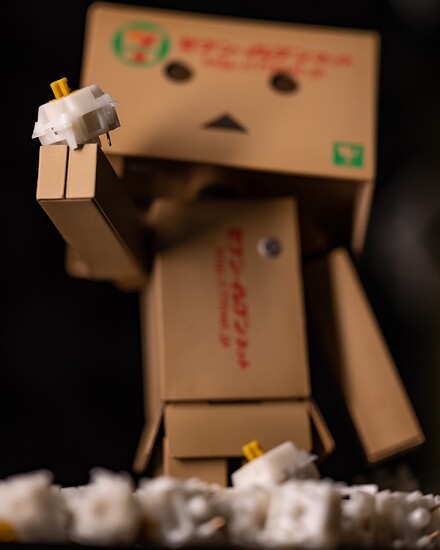 Another one of my unikorns, [MY] edition, only 12 made. Gateron black inks lubed with 205g0, carbon plate, gmk mech 01 keycaps 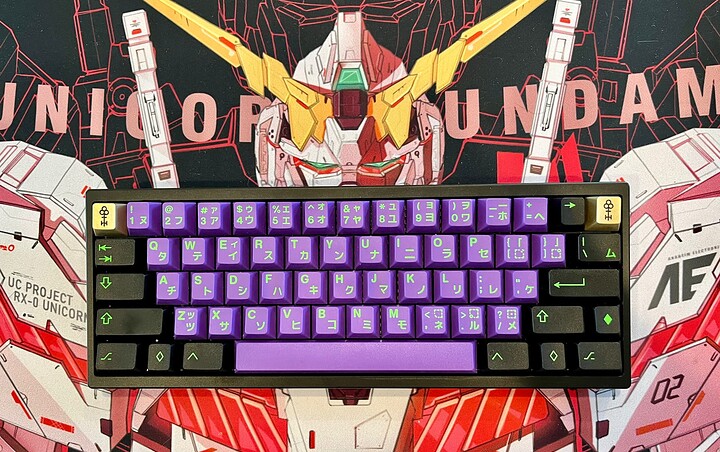 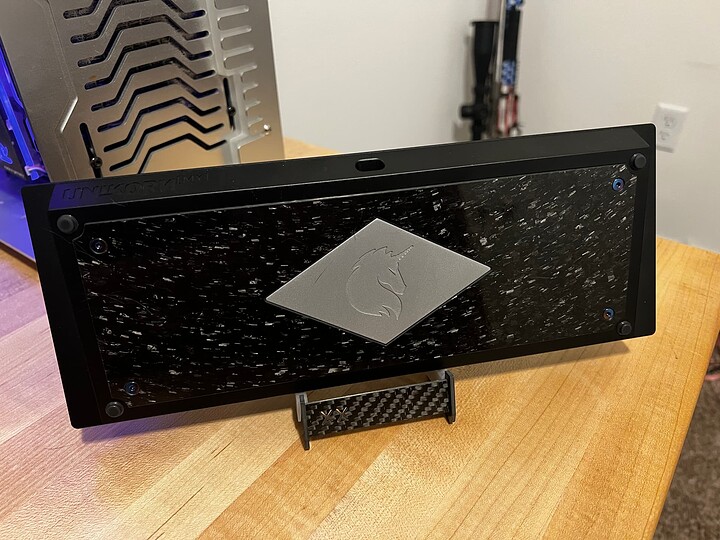 Well… Hmm not entirely happy with MiTo/Drops idea of GMK sets. It was not misadvertised, I am just disapointed by the lack of proper ISO support, a few crucial keys missing to make it work and look right rather than a “whatever fits” set when using ISO. Had to fill in missing keys with white honeycomb keys, looks odd.

I also dislike a few of the design choices in this set, some I knew in advanced like the compact set using different colours for the modifiers for some reason when compared to the modifiers in the standard set.
But some I didn’t too out of not checking every single version if every key in advance, like the 1u back space being a completely different design and colour to all the other size and style backspace caps, looks out of place now. With the 1U version being the “delete” key instead. Which they made a coloured 1u version of too the same colour as the backspaces but its the wrong row so it would always be out of place as the other delete keys not coloured the same, only this oddlt coloured and placed one out of place.
And because I am using the 1u delete key instead for backspace, I can’t use it for the actual delete key or it will clash with backspace now, so technically those keys in that cluster are “wrong” as I skipped the “insert and delete” pair and used the “Home and end” pair which are less useful, I could remap them anyway but then the key is the wrong symbol for the function… All because theh piced random keys to replace other keys in different sizes, WTF!

The space bars are a nice option but the colour choices are not great either and now also look a but weird as one is just blue, while the other is the standard purple, rather than the peach green or red also made just not in that size. Would have been nice to have a couple of colour options in each size since this set is very colour based.

Kind of annoying they have all the extra kits to supposedly cater other style and layout boards but in the end it is only really bare stock ANSI support and a few happenstance other layouts that fit by chance seemingly rather than planned.

Good thing this set is not intended to be kept, it does not really fit the board it was going to go on.

That also has its own issues like the plate for thaf also not doing ISO correctly even when they tried to add it, just either missed something or someone decided deliberately against it for the stabiliser cut out which means you can’t use the ISO enter/return anyway as it will have a hole in the board like I do now.
I have messaged them about it but I will likely end up having to dremel it, which I don’t want to do as it would cheapen the boards potential value, or make this an ANSI only board which sucks hard as the ISO compatibility was a factor in buying it, and its soldered so not an easy change later on.

I think this will be my only venture into expensive caps as it seem like less options for more money, which is backward to me when I have many custom caps sets that are higher quality material (PBT vs ABS) are customised to my preference and support all layouts out of the box rather than needing add on kits that don’t even have all the add ons.

GMK are German, they make those ISO keys as standard, I have to imagine MiTo and Drop specifically asked not to include them as they did incluse some ISO keys again seemingly randomly beause they are certainly not useful to any standard ISO board anywhere, all would be missing keys or have duplicate keys. I am sad. This is a pretty shitty consumer/customer experience.

Im having ants inside my keyboard and I cant seem to disassemble it as easy as the old Ducky Legend.