So recently I fully unlocked my 3990x and I noticed that the 115i pro just can’t keep up, with cooling the 3990x monster, after a few hours in idle, or very little workload, the temps are just “to damn high!!!”. Over time those Cs just kept going up and staying, not dropping.

I thought, well maybe my CPU compound isnt holding up, but after some digging, a lot of people have pointed out, more volts or [Auto] volts, isn’t always a good thing with the 3000 series of CPUs and that maybe just capping the CPU volts to 1.1 and keeping everything else to [Auto] would be a better idea and that does seem to be the case! I kept the SOC volts on [Auto] but limited the CPU volts to 1.1 in the bios.

And wow! I still have all that extra kick boost when I need it vs default settings but my temps are much better, idle 46c and workloads 60-62c cap both on board temps / in app temps reflect within a 3% range. Before i was getting 55-58c idle and 75-80c workloads.

So yeah! just an update and why maybe some regulations are a good thing. As “uncapped power” seems more messy and less optimal vs capping the power. Capping the power seems to have made the workload run just as smooth without all that heat.

If anyone has any tips or tricks, I’m open ears! I’m still learning things!

I forgot to mention that the uncapped volts liked to stay in the 1.337 range… the LEET range lol

Yes, the ugly truth about AMD letting a single core boost to the max with max voltage to produce max heat. Just to get closer to the gaming specs of high clocked Intel cpus.

I run 95% of my cpu cores under 100% load 24/7 and start with fixed all-core clocks at a more reasonable 1.3V which droops to around 1.25V under full load. Keeps the temps within sane limits and I could go much cooler if I sacrificed some of my all-core clock speed. Currently running 3 5950X at 4.425Ghz all-core. The Epyc 24C/48T Rome and Milan cpus run a their fixed max boost and max TDP ratings. But their Vcpus are much more reasonable at ~1.14V or so. But also well under 60° C. also.

Is that a problem? That doesn’t seem especially egregious, especially as you’re talking about 64 cores boosting relatively high.

Yes, the ugly truth about AMD letting a single core boost to the max with max voltage to produce max heat. Just to get closer to the gaming specs of high clocked Intel cpus.

They both do that. That is literally what PL2 Tau durations are, max power boosting to squeeze 1% more out.

@Luxspew Volts in is heat out, no matter the chip generation or core count. What you’ve done is undervolt, and override your board and CPU’s handshake agreement to how much power is enough power to get the job done. It might eat into your boost headroom, it might lead to clock instability in specific power virus (sometimes poorly optimized) tasks. Undervolting isn’t always successful, however on modern architectures that have a voltage/frequency curve you can generally pretty safely define a specific voltage along that curve as your allowed maximum and the chip will throttle or in some way respond accordingly. In turn, lower temps.

It’s not uncommon for a 5900x to hit those temps. So something that has way more cores to hit that and not beyond is impressive imo.

I followed a rabbit hole, here are some links 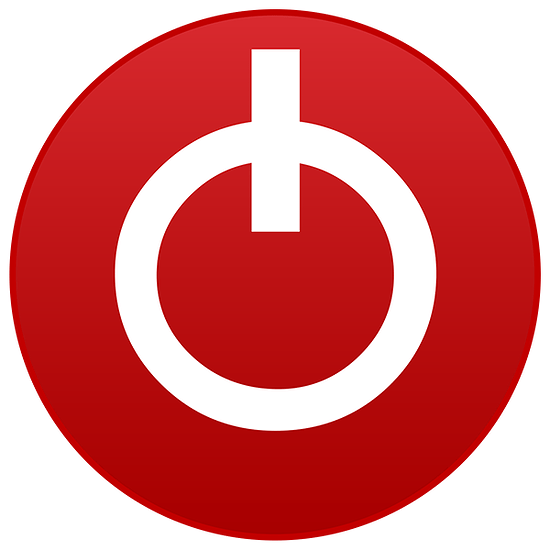 1.1 is above the average clock volt but doesnt let it get higher than it needs to stay in the green temp zone. but if you feel that is undervolting then I’m not trying to do that

Because Zen doesn’t use a fixed reference voltage. If your CPU draws an average 1.34v, and you inhibit it via BIOS to average 1.1v, you’ve undervolted. You are running under the automatic average voltage.

You’ve regarded 1.09v as your “average clock volt” while also regarding 1.337v as your average prior to limiting. So unless you can decide on what your average is I can’t definitively use that as the variable to back up my statement. I can, however, use your average thermals. If you reduced voltage, and your thermals dropped, you effectively undervolted.

I’m getting the sense as well that you think you’re being accused of doing something incorrectly. Undervolting is a legitimate tool used to increase component longevity and reduce thermals. My original post was pointing out that it can introduce problems, but that voltage = heat so undervolting is the primary tactic to achieve your lower temp target.

Woah expose here! This is hot stuff… Wait, that is exatly what Intel do too. This is not even a new thing, it has existed for years now.

So what was the rant about?

If this is an ugly truth to anyone then they really need to stop being a fanboy and actually look at how both systems work. They are largely the same, being that the both came from the same starting point and evolved along similar lines.

Sounds more butthurt that AMD managed to actually catch up to and in places surpass intel at the own previous claims of “The best in X”.

For the actual topic, i have a 3700X, so fewer cores and less heat over all, that said i have not been monitoring it ver closely for a long time. It definitely does not get too hot but i wonder if i could help it more with a little undervolting. I literally only use it for browsing and games so it would not really be slowed down drastically day to day. Just need to free time to mess with the settings, do tests and go through several reboots.

s not uncommon for a 5900x to hit those temps. So something that has way more cores to hit that and not beyond is impressive imo.

Yes. These heat and power considerations are why high core count CPUs run in the ~2GHz range generally. I think ryzen does a decent job of balancing very high boost clocks so that cpus like the 3990X and 3950X still have very good single threaded performance while dialing the clocks back when using all core workloads.

I tend to find that if I have a couple of cores running at 4.2GHz they’re at more or less the same temperature as when I have 16 cores at 3.9-4.0 GHz. It used to be that you either had good multicore performance or good single threaded. AMD’s delivery of both on a single cpu is impressive.

Nothing beats a great cooler, try an ice giant, you’ll be hard pressed to overheat it

what I meant is, Default settings average vs unlocked [Auto] mode averages. Default the core volts stay at, or around 1.090+/- no higher than 1.105 vs when im running it unlocked then the averages are 1.337.

But I am picking up what you are putting down. But no I am not saying anyone accused me as if it were a bad thing other than AMD themselves do not recommend undervolting and quote “Please do not undervolt the chip or set a maximum processor state of 99%. These are ineffective and/or detrimental changes.” posted in that reddit link I sent.

Not a AMD fanboy necessarily. I just have learned to use their cpus in a non-mainstream use case. I learned long ago that running on BIOS Auto modes for AMD Zen is counterproductive to running the cpu at full or 95% cpu utilization for scientific math computation loads for 24/7 computing.

The effective all-core clocks fall well short of the published maximum clock speeds that are advertised for single core load gaming loads. And the temps are very high because of the high voltages that Auto produces under the voltage-clock VID curves.

I learned that I should always run in a fixed core clock mode at the minimum fixed voltage or offset voltage that the load and clock needs for long-term stability. And get much higher all-core loaded clock speed that Auto achieves. Usually at least 300-400Mhz higher. I get much faster computation times doing this.

And at much less temps too.

Have run Intel Xeon cpus also but the last generation used was Broadwell-E and they just couldn’t match the math performance of the AMD cpus at the same clock speeds. Non AVX-512 computations needed for my applications. AVX or AVX2 is what I run. The AMD cpus are more power efficient also compared to the Xeons with the same or more core counts.

The effective all-core clocks fall well short of the published maximum clock speeds that are advertised for single core load gaming loads. And the temps are very high because of the high voltages that Auto produces under the voltage-clock VID curves.

lbr the effective single core clocks fall well short of the advertised clocks for Zen 2… My 3950X has never hit 4.7 GHz in its life. The highest single core boost I’ve ever gotten out of it is 4.3GHz.