Hey, kinda new here but this seems to be the only place I can find reasonable information.

I’m decently new to building PC’s and to Linux but I dived in with my new build:

However I ran into a bit of a snag trying to choose a WiFi adapter. My Mobo has an M.2 wifi adapter. Looking at Intel’s support list, I bought an AX200 chip. To my dismay it doesn’t work. My chip is recognized but has trouble finding networks and can’t find any Bluetooth devices. I then read on an Ubuntu forum that the AX200 has been having problems with the 5.4 kernel.

I’ve been trying to find a suitable WiFi adapter for my device but I’m finding alot of notices saying, “windows only” or “intel only”

Does anyone know of a WiFi card that will work?

Instead of buying a new card you could just upgrade the kernel to a newer version. I only recommend this for workstations/desktops, not servers, as newer kernels are not as well tested as the older ones and bugs may arise. That said, 99.99% of the time it is safe to update the kernel directly. Please note this kernel is not tested 100% and not supported officially!

Updating the kernel to a newer one is quite easy on ubuntu, try these commands which downloads a utility script and install the latest mainline kernel:

Latest mainline kernel version as of this writing is 5.7.10, which should solve your problems.

To remove this kernel upgrade (e.g. you upgrade to Ubuntu 20.10 or something), you can use this line:

I have bought a couple of AC7260 for like 8$ each. They are not the latest and greatest. I would have to have a look if the bluetooth works with linux.

They are no speed demons but I needed them for fallback purposes. I’ve had the non m.2 variant of them in my thinkpad for years and the wifi worked but the bluetooth did not, I think that was a problem of the mPCIe version though.

Which antenna’s did you buy?

Have to agree with pleytos. What antennas are used?
Don’t know the WiFi card placement on that asrock motherboard but they normally have it in the middle of the board. That would require internal connector cabel back to the Io shield or to a pcie bracket.
Then a set of external antennas.

Thanks for all of the responses!

I would prefer not to deviate my kernel as I’m not sure I’ll be able to manage bugs if they arise.

I didn’t know I needed external antennas so I didn’t buy them. My chip is located near the pcie bracket so I would probably go to there. Any tips on what antennas to buy and how to connect them? My chip doesn’t have any visible connection points for antennas.

As you can see by THIS image of a AX200 you have two small plugs on the top right of the card. Those are MHF 4 connectors and you can either get an internal antenna directly to MHF 4 .
You could get a RP-SMA to MHF 4 adapter to fit to your chassis or IO shield which would need standard external wifi antennas like this one (find one where you live) :
https://www.digikey.se/product-detail/en/pulselarsen-antennas/W9037BD0100/1837-1162-ND/9838693 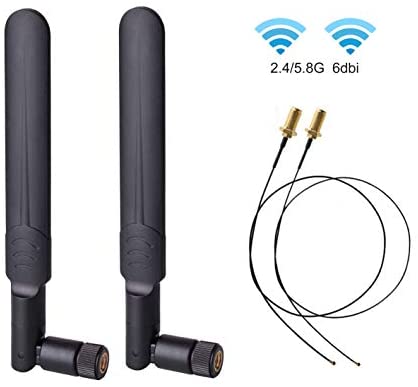 
Which would need something to mount the RP-SMA connector to if you don’t want it too look ugly, The b550M steel legend I’m buying have holes cut in the IO shield to mount the RP-SMA part but your board I could not find any cutout holes in the IO shield. So I would drill two holes in a pcie cover you probably put away since you use a GPU. There is a 8dBi and a 6dBi version and I’m not sure which one you would want or if it doesn’t matter.

If you only need internal antennas (usually worse range due to the metal case) you can get something like this: 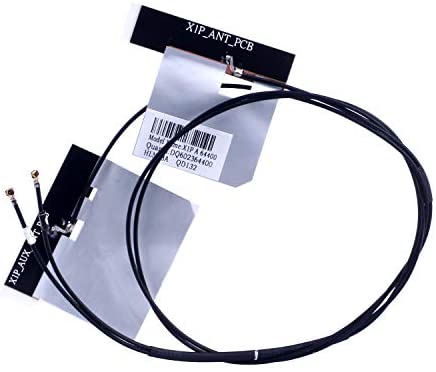 Just ordered the ones off amazon. I’ll let you know how it works.

I have a Intel 9260 Wifi card in my pc. I bought something like this card on ebay: 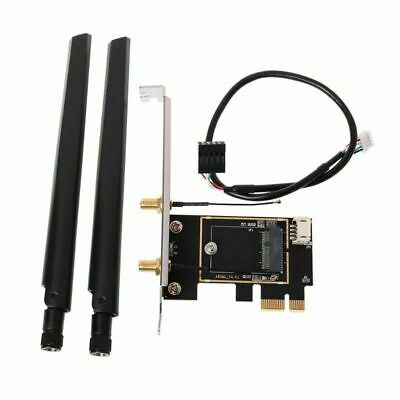 Set up the external antenna’s, punching holes in a spare PCI-E bracket and everything works great.

Good to know that the AX200 does work on Ubuntu 20.04 and AMD despite what some posts on the Ubuntu forums said.

Thanks everyone for the help!