I just finished assembling a new PC, and the BIOS does not show the two M.2 NVME drives that I installed.

According to the manual, all 3 slots support SATA and PCIe. Having a PCIe SSD in slot M2C (lowest) disables sata port 4 and 5. 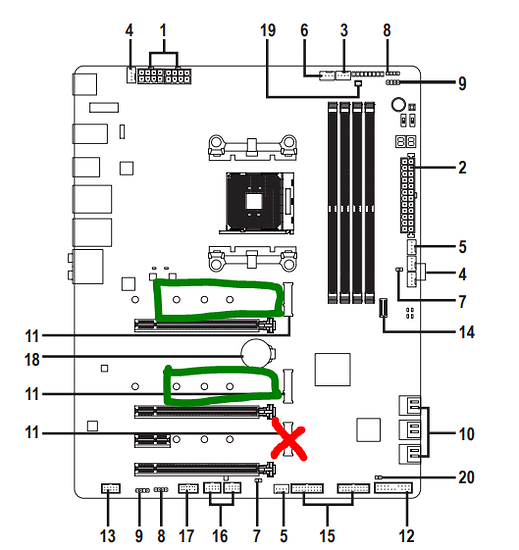 Do you have another system to test if the drive is faulty?

Thanks for the suggestion.

Moving the SSD from slot M2C to M2B made it show up in the BIOS. I am embarassed to admit that I think the problem was just incomplete seating of the drive.

I had to pull the video card to get to the SSD in the M2A slot, and reseated that one as well.

Now both are appearing in BIOS.