Nothing fancy, not a routine

Yep if a lot of people just did a little something something, its a heck of a lot better than nothing. 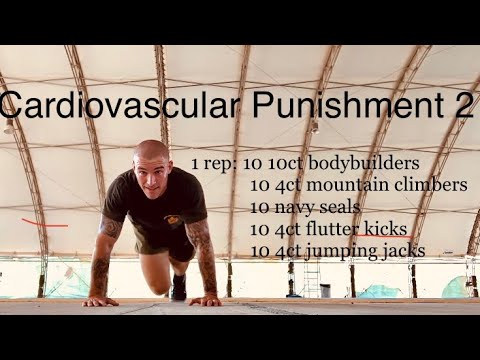 Trying to psych myself up to do the 72hr over this weekend. Tonight will be the last food and coffee, then three days of just water (and maybe electrolyte pills if permitted). Then the plan is about a month + of strict keto while still getting workouts/activity in. Restore to carbs when Muay Thai ramps up.

Two nights now where ensuring I don’t eat/snack on anything about 3+ hours before bed seems to increase my deep sleep drastically (according to my watch). 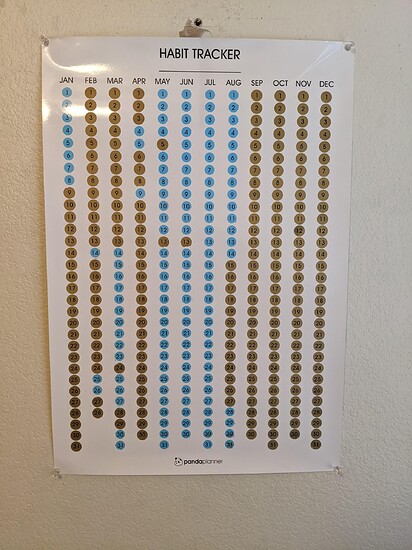 Fell off the wagon a bit after school started, but back on a regular schedule now.

Day one of this 72 and I’m already hearing the wimpy voice pleading ‘its ok to not workout while fasting’.

This thread is too long for my lazy ass to give it a read.

tl;dr I take 2 minutes each day to make however many pushups I can do, usually after my lunch break. I started like 3 months ago and from only being able to do about 25, I can do about 95 now. Unfortunately my arms were never worked out, so I can’t do a lot of them straight on the floor, I do them at an around 25 degree angle (when low, about 45 when pushed up).

At some point, I’ll start doing them on the floor, but my arms are too weak for that. My secret to staying fit is to not eat much and only eat when you’re hungry. That for me is in the morning and lunch. I rarely eat at night, but it happens from time to time. I don’t have a scale, so idk how much I weight. Probably a lot less than last year around the same time.

Unfortunately my arms were never worked out, so I can’t do a lot of them straight on the floor, I do them at an around 25 degree angle (when low, about 45 when pushed up).

I’ll go ahead and recommend you do your volume target (what you’re currently doing) unmodified, then take a 5 minute rest and do a set at a flat angle.

What’s good is you’re exercising. That’s the most important part, my dude.

The number you see on the scale isn’t a great thing to be chasing anyway. There’s absolutely no doubt that you’ll be healthier without a lot of excess body fat, but that number you see on the scale doesn’t really tell you anything about that, and it’s a composite of a million different things some of which don’t really have anything to do with our level of physical fitness at all.

Agreed, but it can give you an indication of how much excess weight you carry on your body if you have a baseline. In college I used to have around 130lbs (about 60kg) and in high school I used to be around 120lbs (~55kg). Now I average about 148 and have a donut around my 6 pack.

I was always a skinny dude, all my pants and shirts still fit me and only about 5 years ago I used to have problems fitting in my pants, but not anymore. The only thing that grows on me is my life ring. The pushups are just for my own sanity, because my arms are weak and sometimes I go to obstacle courses with others and my arms can’t hold my own body weight.

Welp felt really weird at the 48hr part of the fast so ended it with a keto meal of pork belly and sauerkraut. 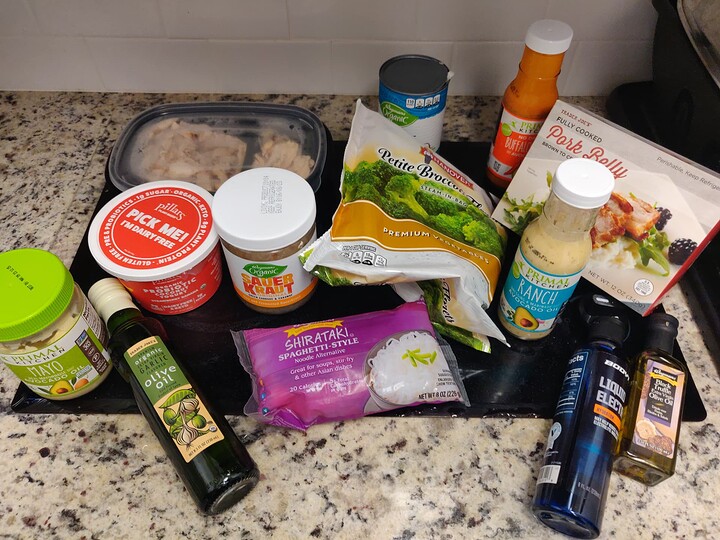 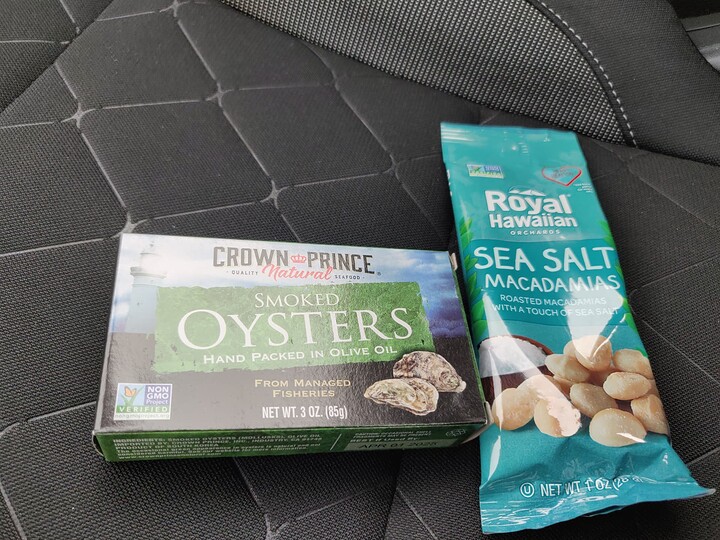 And even has some of the primal kitchen stuff

Yesterday I finally formally reached a point with my cardiovascular endurance is better now than it was before I got COVID in January. Contiguously ran a 5k yesterday in less than an hour fully within my aerobic heart rate range. Probably isn’t impressive by most standards but I’m really excited.

Downside is that my metabolism has been reflecting all the cardio I’ve been doing and I’m down to ~225 from 240. The older I get the harder it is to get enough calories every day.

The older I get the harder it is to get enough calories every day.

Dr Strange called, you accidentally popped into a different universe and need to return to the one where more calories are needed with age.

I will be having the opposite problem, further restriction as I’m taking a break from anything that works the bicep including iron Wolf/burpees. According to the PA i saw, turns out my pain might be an inflamed transverse humeral ligament.

In keeping to the ethos of this thread, this is not an excuse to stop or take a break from excercise, just shifting what exercises I do. Like the last time I had a bilateral bicep injury I’ll go deep into jogging and leg stuff.

For a long time I avoided routine jogs due to shin splint concerns. Now that I know it’s a method of shin conditioning for Muay Thai I actually look forward to jogging and like that slight dull ache of … What ro call it, like ‘pre-shin splints’. Like the dull ache and soreness of a muscle group after a good workout, it’s a good feeling knowing the body is working at strengthening that area.

It took ~5k calories a day for me to maintain that weight. The difficulty comes from, after having largely met my strength goals, losing the willpower to force feed myself enough of the right food to get there.

In keeping to the ethos of this thread, this is not an excuse to stop or take a break from excercise, just shifting what exercises I do. Like the last time I had a bilateral bicep injury I’ll go deep into jogging and leg stuff.

You should always be aware of what your body is telling you whether you’re currently recovering from injury or not, but yeah just not using one muscle or muscle group isn’t really going to help heal from injury. Just take it easy, and don’t go past the point where there’s excess pain or it feels unsafe.

It took ~5k calories a day for me to maintain that weight.

Yeah, a lot of people don’t realize how difficult it can be for some people to gain weight. Our bodies just aren’t that good at storing protein, so there’s a certain amount of resistance training required just to offset loss of muscle mass and maintain the muscle you’ve got.

Take someone like Mattie Rogers who gets excited when she’s able to put on another 5 pounds. There’s probably not a whole lot of 27 year old women in the US these days who do that.

I’ll stop jogging if that motion affects it but likely still use the squat isolation machine (no shoulder involvement at all), as I’m of the opinion the blood flow and hormones from exercise will assist with the healing better than just sitting around- granted said exercise is not of the affected muscle and therefore causing more inflammation.

I went cold turkey ‘long break’ after an ankle surgery and I don’t want to make that mistake again. Like a body at rest stays at rest, a body in motion stays in motion, I need to keep this motion going- but of course modify direction and speed in relation to inputs from body and advice.

Welp cause clearly you need to get back to the verse where getting enough calories is a burden- look for this person, she might be able to help haha 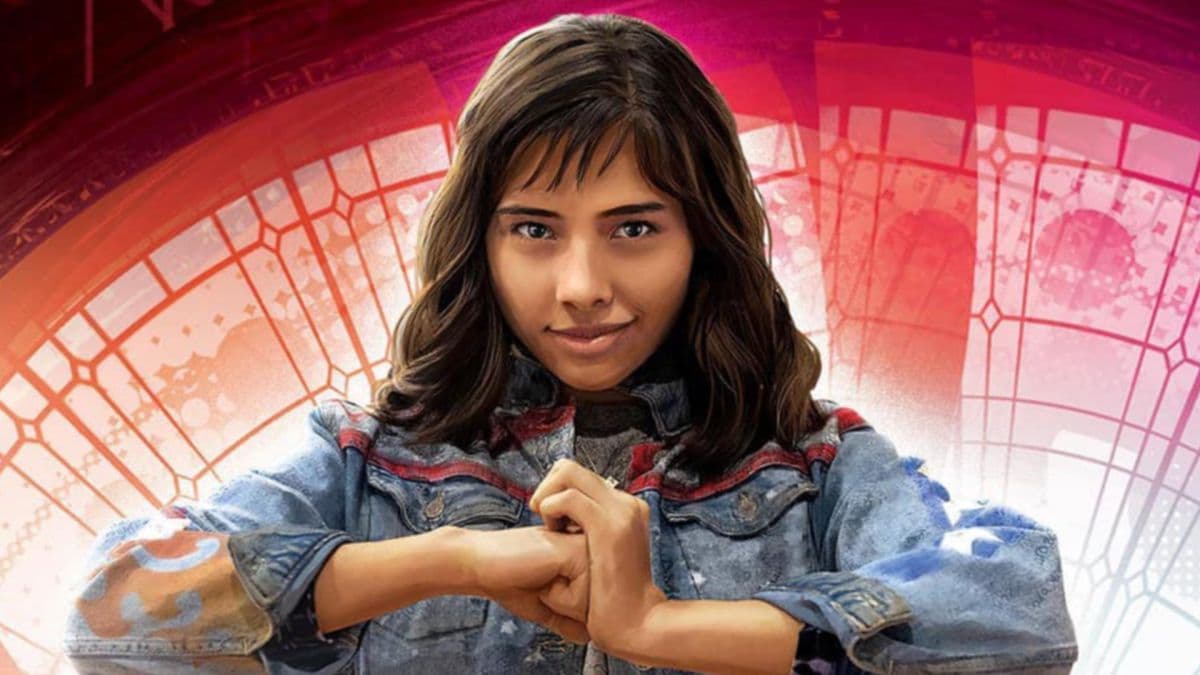 Where you in BUD/S or something? lol

I do remember an interview of Michael Phelps and he went over just what his breakfast was- it was over a full days intake for most. I never see myself being that level of active, that was an Olympian at the right age, right genetics and at the peaking for that cycle (ie: that activity level could not be sustained long term). IMO its a truly hard place to get to (need to eat so much its a burden). YouTube vids come to mind of Mr Olympia and strongmen types- they exist but talk about 1% haha.

Ha! No, nothing like that. Just been a strength sports enthusiast for years and keep an exceptionally clean diet. It’s hard to gain weight with chicken, broccoli, eggs, rice, and protein shakes.