Anyone know how to fix this issue?
Every time I try to install Wine Steam runner it gets stuck on the steam updating part.
I have tried a few different solutions I found online but none worked. Sometimes it will update to about 50% then says the same thing, here’s a screen shot. 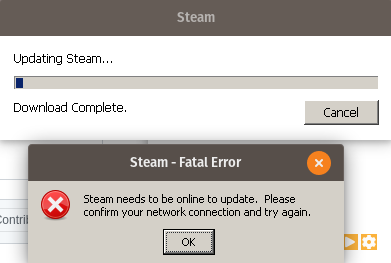 Is it a lutris issue, is it steam servers or my fault?

@tysono I came across a post on the Lutris forum this morning, someone posted a workaround for the current problem Steam won’t update. What he did was update steam on Windows copied those update files and pasted them into his Wine prefects. I thought I would share this.