According to the German website, 4kfilme.de, there will be a 4K UHD release set of both The LOTR and The Hobbit with their theatrical versions, as well as their extended editions, its even rumored that we will get to see never seen before film content.

Some of the things that were shot in LOTR but never included in any release: 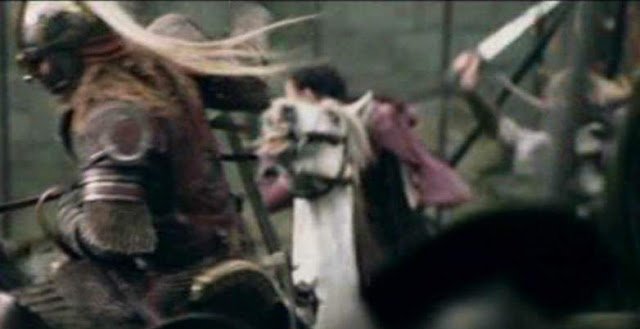 Here you can see her ride out with the fellow soldiers of Helm’s Deep towards the end of the film.

The Hobbit was shot with RED cameras at 5K and at 48FPS in 3D. While the older LOTR series was shot on Super 35mm. Both films were shown in theaters at 2K resolution.

Oh boy, I need me a Blue Ray player now.

As long as the extended editions are what they were from the DVD release in 2004 and not other stuff tacked on I’m definitely in.