Hello !
I am still having a performance regression between the a11 and A12 version of Looking Glass

Native (Screen directly connected to the GPU) : 1046 Cinebench score
A11 : 966 cinebench score, no difference in gaming
A12 : 841, but suddenly all games lose a ton of fps, WoW can’t maintain 60 locked fps anymore and goes down to 40/45, more modern games like Assassin’s Creed Odyssey become unplayable, etc.
CPU usage of the host application is normal : 2.4%.
I get my framerate back as soon as I close the client application on Linux side.

Here is my .xml in case there is something wrong with my configuration :
https://hastebin.com/ezewoginav.xml

Is there something else I could investigate ?

You are one of the very few people using a RTX card Looking Glass, as I do not have one to test with I can not replicate this. I do not see these issues on a 1080Ti, so it is likely an issue with the later generation cards.

Ah, I see. I will keep using the a11 version and test the new versions that will come out to see if there is an improvement

I have some issues with FPS aswell using looking glass, I’d like to make some improvements to make it better, hence my question.

Let me start with my pc specs and setup:

Running a windows VM on the GTX which runs my game fullscreen at 90 fps+
My linux which I run Looking glass from is connected to my igpu, once I start looking glass, frames drop to about 30 - 40.

The question here is of course ‘why?’.
But more important, how can I improve this, is it lack of ram, cpu power or simply because LG runs on the igpu and not on a second GPU?

Because once you start the client the host starts capturing and sending frames to it.

The question here is of course ‘why?’.

Windows capture API and NVidia not playing ball with non NvFBC users (aka, not Quadro users).

Are you running your game in full screen windowed mode? or full screen? For an unknown reason running in “Full Screen” mode performs terrible on some titles.

Also, what is the title that runs slow?

when i type make, it says:
make: *** No targets specified and no makefile found. Stop.
running fedora 29, i installed fedora because i heard that qemu 3.0 included a patch for amd smt bug that allowed amd processors with smt to use it in a vm, im running amd threadripper 1950x and gtx 1080 ti. i saw a 30 fps gain coming from ubuntu which is running qemu 2.16, and yes ive tried to install qemu 3.0.0(on ubuntu), but like using Looking glass on fedora there are very few articles i could find to install it, and when i did install it it just made everything break. So im sticking with fedora, but id like to use looking glass.

i will try this, thank you
and thank you for your work its amazing

after some work i got it installed “[100%] Built target looking-glass-client”
I do however want to note some of the issues i had when installing.
i made myself a crappy bash script to install it and it looks like this

change “user” to your user.

gnif i noticed that in your tutorial you said cmake ../
im not sure why but in fedora i just got this error

“CMake Error: The source directory “/LookingGlass” does not appear to contain CMakeLists.txt.
Specify --help for usage, or press the help button on the CMake GUI.
make: *** No targets specified and no makefile found. Stop.”

This keeps your source tree clean

openssl-devel is not used by LG.

ok, will change this

when i run the windows exe this happends
An error occurred, re-run in forground mode (-f) for more information

i installed the red hat drivers for the pcie and such
and configured qemu and libvirt, but i also get this in fedora

i used touch to create a directory like the tutorial

when i try to cd to it

im not sure if this is my mistake, after this i removed the file and used mkdir

i changed the permissions aswell 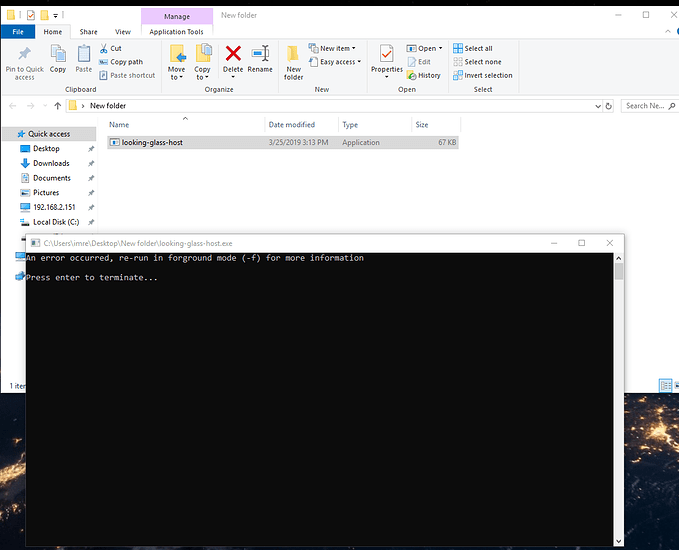 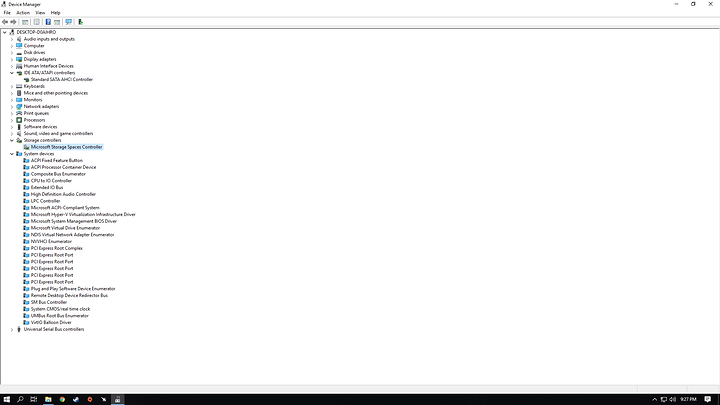 i used touch to create a directory like the tutorial

Touch does not create directories, mkdir does. Touch creates a file. You are supposed to create a file, so touch is the command to use.

touch doesn’t create a directory, it creates an empty file.

You need to do this before starting QEMU, not the client. Qemu’s ivshemem virtual device needs access to this file and will create it. The touch and chmod are simply to set it’s initial permissions so that you can access it.

Looking at your screenshots, you have NOT added the IVSHMEM device to the virtual machine, go back and follow the guide from the start.

do i at least have the red hat drivers installed?

How can you when you don’t even have the IVSHMEM device added to the VM configuration.