I currently have the Asus Sabertooth 990FX R2.0 and its a good board and nothing is wrong with it besides the fact that I am not a fan of the color scheme. Im looking for something AM3+ that is similar to the gryphon series by asus with the armor its cool as shit I don't know why they didn't make a AMD version it upsets me. I just would like something that I could do accents with in a black case adding led's under the mother board and stuff. Also for the record I hate red and refuse to buy anything red. I don't know if they any one makes a armored AM3+ board like the gryphon or maybe a black out edition board or something. Something similar to this. 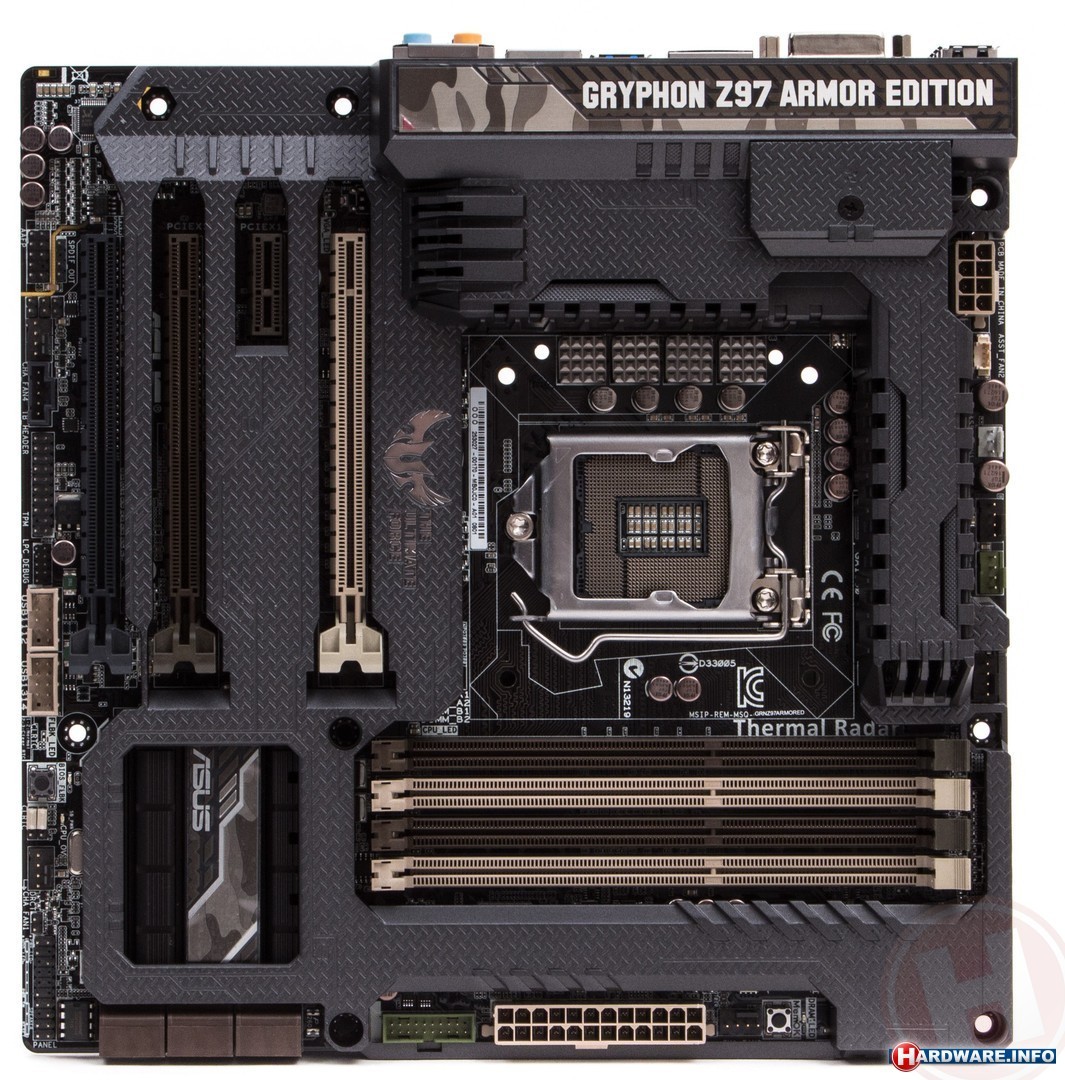 Because the 990FX chipset and AM3+ socket is ancient. it came out in 2011/2012. No Manufacturer is going to want to invest onto a dead platform when not many are on it. there's a slight few OEM's who do. but it really doesn't make sense to do so if the motherboard you have is still working fine. The platform needs to be put to rest already. AMD is already going to replace it next year. you might as well stick with it till then.

on a sidenote: ASUS is the only manufacturer who puts any kind of "Thermal" armor on their boards. it's strictly on the TUF series boards and it just started coming on the ROG boards about a year or so back.

They started adding the thermal armour to their Gryphon and Sabertooth boards a couple of years after their 990fx lineup was released. There isn't an option like that.

I mean, you could 3D print your own, if you have the resources, and want it that much.

I didn't know if some one else made something similar or a black board or just a cool ass board. Looking for any recommendations. I'm just getting a new case that has a window and power supply so I figured why not revamp my pc while I'm at it especially now that there is a window to see inside now.

If they are going to replace the socket that mean I will have to buy a new processor, which is sad because I love my FX-8350.

Zen's meant to come out next year. If you can hold off that long, I'm sure Asus will do AM4 Sabertooth and Gryphon boards with thermal armour.

I will definitely hold out as long as they come out with another 8core for the socket I'm sure they will.
But I also heard that AMD isn't going to be making new products anymore and just focusing on GPU's don't know how true that is just what I heard. I mean I have a couple post open I am going to mod the shit out of my new case so that will give me plenty of time to work on that while I wait for that to come out is there any information or articles out there on possible products like cpu's or any information about the AM4 socket.

And I wasn't saying it had to be gryphon armor I just didn't know if someone else made a cool looking motherboard or a black one. I know its kind of stupid to replace it if its still working I just don't like the color and will just sell it on ebay. I would have upgraded my processor by now but they just haven't come out with anything much better it the new 9something processor is power hungry and hot for not that much of a performance up grade.

I'm pretty confident if they are coming out with a new socket they will have something better to go with the AM4.

Yeah I was reading its called Summit ridge family and zen cores they will have a processor with 8 actual cores and they will have better single thread performance and ddr4 memory support.

Which Kinda sucks if you ask me I would basically be building a whole new computer and don't know if I want to spend that kind of money and I'm sure ddr4 memory will be super expensive. I'm not sure how it work I mean will programs and games even benefit from DDR4?

AM3+ is simply old and dead,
There wont be any new boards out for it from Asus i suppose.

Only Asus Intel boards have the amor.