Looking for the largest gaming mouse I can get

Subject says most of it.  I have a 9.5" hand. I been using a logitech G5 till it died about 3 months ago it was about the biggest I could find that had some nice weight to it.  I have tried the G500 just not the same for some reason so been on a quest with many different mice and just none that are fitting the bill.  I put my whole hand on the mouse and I am looking for one that I don't have to drag 3/4 of my hand around on the mouse pad to use the mouse.  After playing using my mouse for about an hour+ my hand starts to hurt; with the G5 it was of course still small compared to my hand but at guess it raised my hand enough to reduce the drag and allow me to game longer without pain.

The biggest mouse I have found was at monoprice.com and it was like 5.5" but I tried it and their quality sucked and after three mice that died within a week I gave up on it.

Another problem I seem to have online is you can find a list of specs for mice but they don't list the dimensions of them at all even on their manufacturers website.

I am currently using a Sharkoon Fireglider it is 5" and at least has some weight to it. It's okay but really don't like the glossy surfaces and still almost half my hand is "dragging" around using it.

the steelseries rival is a long and skinny mouse, 5.23 inches long, 2.76 wide. the mionix naos is slightly shorter, but wider, 5.15 inches long, 3.13 wide. Then there is the madcatz rat 7, which has quite a bit of customization in size, but has a reputation for breaking easily.

I haven't tried the steel series rival because I picked it up at a store once and its too light and basically the same size within 0.12 inches as the sharkoon fireglider except I can actually add weight to it. I hadn't seen the mionix naos no weight to it again but hard to gauge if it has enough weight to it for me to "know" its there. I tried an old rat 5 of my friends at the time I thought it was just weird but might look at the 7 just can't seem to track down anywhere how long or wide you can actually make it.  Seems like they would list this is the max sizes you can make length and width of the mouse but nope...

Thanks for the suggestions Atatax looking for anymore people may have. 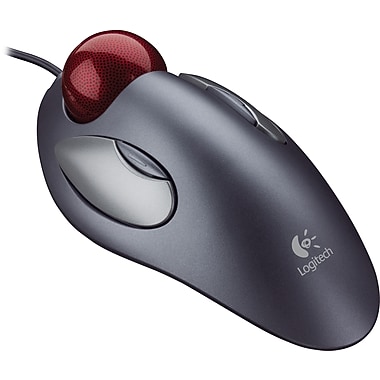 I found something like I been looking for just dunno if it will actually work like a normal sized mouse if it tracks decent then I would be totally sold.  I am not really finding any reviews from people that like to game a lot.

Imagine a mouse that is so small that you can only put your fingers on it and your knuckles fit right at the end of the mouse barely even on the mouse that is a G600 or G700 or basically any mouse I have ever found.

I have a pad that fits over my entire desktop covers where my keyboard and mouse and everything sits not just a small space on my desk.