Hello, as a fun project I decided to attempt to get NVIDIA’s vGPU on a Kepler GRID K2 working in PROXMOX.

I’ve been inching my way to success but I’ve now hit a brick wall. I need to install vgpu-kvm drivers. I sourced recent drivers (460/470 series) but after attempting to install them the installer tells me the GRID K2 can only work with 367.XX legacy drivers.

I’ve been searching high & low for these and cannot track down an archive. The only ones downloadable from NVIDIA are for VMware vSphere and Citrix XenServer.

Does anybody know where I might find these for Linux/Debian? Do they exist at all?

Do you know if these include the vgpu-kvm portion of the driver for GRID compute cards or is this only for the GeForce cards?

Sorry, have no idea

Well, right now this is a isolated system so it won’t break anything if I try it.

If nobody else has any leads I might try to track down VMware vSphere ESXi 6.5 given the 367.X.X driver I supposedly require is right there on NVIDIA’s website. I’ve also been meaning to explore ESXi for a long time.

That was worth a shot but PROXMOX didn’t like it. It didn’t immediately reject it but the install failed. I wouldn’t doubt if not only it’s the wrong driver but even if I find the right one that the PROXMOX kernel has dropped support for it.

I actually modified a Nvidia Tegra K10 to become a Nvidia GRID K2 by soldering 2 resistors on the card to change the ID. The cards are identical in specification other than the ID. After I got it changed to a GRID K2 I used ESXi 6.5 and driver package 367.134 to install it. I then upgraded ESXi 6.5 to ESXi 6.7.

I also overclocked the GRID K2 to the moon! I can share my bios if you want to flash. I spent countless hours getting to these settings. I even tried to go up to 1411mhz boost clock but was unstable.

I also bought some cheap gpu water blocks and water cooled both GPUs as it is a dual GPU card.
The only downside to the GRID K2 is that it only supports 1080p.

As a related topic, I have switched over to Proxmox on a separate AMD 5900HX mini pc with 64GB RAM 4TB NVMe and 2x Samsung 970 SSDs. I am pretty sure the video card will destroy the GRID K2.
Graphics Model: AMD Radeon™ Graphics
Graphics Core Count: 8
Graphics Frequency: 2100 MHz

Actually in the last 36hrs starting from scratch I installed ESXi 6.5 into a spare HDD, installed the NVIDIA 367.XX driver, got vSphere setup on another server. Configured vGPU. And managed to run two concurrent Windows VM’s with GPU acceleration and NVENC encoding. I’m impressed.

Their website and software could stand to be a little more user intuitive though.

The K2 isn’t the strongest thing anymore but it’s the cheapest and it works. I will say though what can I do about the VMware licensing? The prices are extraordinarily high for the right to the vGPU feature. 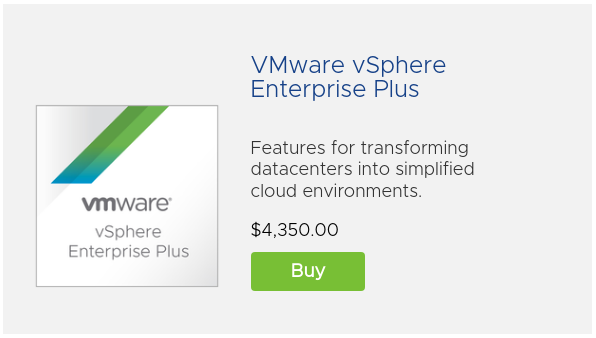 I’m sure with VM overhead, the fact the CPU has such a low core clock, the fact the GRID K2 is built for stability not gaming performance like the 680, and that EPYC Naples isn’t architecturally the best for this application it’s going to under-perform by a percentage.

I’d like to use PROXMOX for it’s free/open platform but so far I’ve been successful in getting two concurrent benchmarks to run on the GRID K2 in VMware ESXi though it requires vCenter for vGPU assignment. Temps don’t look bad either nor the frame-rates all considered.

Did you attempt vGPU on PROXMOX yourself? Any success?

Given the current GPU/chip shortage getting what is ~equivocally a Radeon HD 7990 that you state can be overclocked (btw would that be through ESXi or the VM?) for <$100 is a killer deal IMO. It’s just a matter of figuring out ESXi’s software costs should I stick with it or finding ways to make it pay for itself.

You can sign up for VMUG Advantage and can get access to a lot of software for 200/yr and get access to vSphere, VMware Horizon, vRealize, Workstation, NSX and others. Highly recommend if desire is to run VMware.

Have not tried PROXMOX with GRID K2 yet. I just realized tonight I will not be able to use the Radeon Cezanne APU. I really tried, in PROXMOX and in ESXi 7. I guess that kind of defeats the purpose of the small form factor I was going for. Great processor for workloads though.

While AMD 5900HX is awesome in regards to CPU power for a Proxmox or ESXi host, I could only get a score of 2610 in UNIGINE Superposition. The GRID K2 with my overclocking was 5835. I also had to ditch the idea of PCI Passthru for the AMD Cezzane iGPU in ESXi 7 or in Proxmox 7.1. Running kde plasma on Proxmox using as Workstation with hosted workloads.