There is a bug you can exploit that will let you overclock on models you can’t overclock so a 26xx chip that was sold at higher volume, but I would investigate whether or not you can do it or not, I think its exclusive to x99

hi,sir
i have a question,Is there X99 motherboard function " Above 4G Decoding” ? 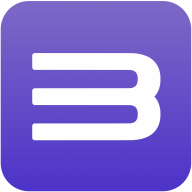 RPCS3 is a multi-platform open-source Sony PlayStation 3 emulator and debugger written in C++ for Windows, Linux and BSD.

which one x99 motherboard do you recommend ?

I’m sorry did I wake up drunk.

This thread baffles me.

What’s baffling about it

Why would you not buy a ps3

Or mod a G5 to get better performance than that