Does anyone have any experience with Korean monitors such as X-Star, Qnix, and Crossover dying after only a year? The deals seem too good to be true. I am contemplating purchasing 2 on ebay from either green-sum or dreamseller, but would opt for an ASUS or BenQ if they were going to last longer, but in that case I'd only purchase 1.

The korean monitors have samsung or LG panels in them depending on brand, so they should be just as solid as if they were a 1440p monitor that was sold from a Samsung or an LG. Really only the casing and packing is done by the Korean brands like XSTAR, QNIX, and Crossover.

I've had it for over 2 years now and it's showing no sign of death, same colors and responsiveness.

it's probably been on for 18hours each day on average.

The power adapter however is different. Mine died just last month. Out of the box it ran hot. fortuently it's 12V 5A and since it was external it was easy to replace

Common problem, due mostly to the VERY STABLE hydro we get. Most PSU take a beating just being on line.
edit 1 = I live in Quebec, stability is laughable.

I sure hope they are quality,about 10 minutes ago I ordered the QX2710 posted in deals. Should be here in a week or so. I'm keeping my fingers crossed.

I have a largish mix of 30 to 50 depending on how you count of shimian xstar qnx etc and only two have died. Both of which I repaired. Lost one power brick. I expect the power bricks to last 1 to 2 years. But have been pleasantly surprised by only one death.

Some of them are from 2010 and are not dead. The shimians I think are the oldest ones and are lg panels.

Good to know, have you worked specifically with green-sum on ebay? Also is the pixel perfect worth the extra money?

we've ordered from several venedors, green sum and dream seller included. Pixel perfect is hit and miss -- there have been a lot of monitors that have not been pixel perfect but few that were egregiously bad. I think I had one return ever. Maybe two. Out of 50 or so. And who can argue with the price lol

I am now at the point since theyre on sale of deciding to buy one or two....figure I wont be able to beat the price, but realistically would it be worth vs just nice to have.

one 4k is almost 1 million more pixels than 2x27 and way easier to deal with ;)

but one 4k is also more expensive. I also am running a gigabyte r9 290 and I'm not sure how gaming would do on that. If I did go 4k, would you suggest the AMH 4k one you reviewed?

I think for the time being I'm going to have to go with the 1440p Qnix. Down the line once I upgrade to a better GPU setup I'll look into the 4k monitor selection. Productivity wise, do you think it would be worth getting two 1440p monitors in addition to the 1080p I have, or would one suffice overall for games and keep the 1080p monitors I have?

I know no one has posted here in a bit but...I'm contemplating buying one of these Korean Monitors on ebay. I can only spend $200-$250 US and not really gun-ho about 4k. What I want is a 27" 144hz @2K. Tough finding all this and very often no info on the refresh rate at all. I'd also really like DP & HDMI in addition to DVI. Any suggestions other than the obligatory spend more money or go F urself trope?

looking at this one but it's missing the ports and no info on the refresh rate.

I recently purchased a QNIX variation of that monitor. The one I bought only has a dual link DVI port, which is said to reduce input lag, but I can for sure say it does not have a 144hz refresh rate. I believe they can be overclocked to somewhere in the range of 96hz however. I bought them when the pixel perfect went on sale for about $200 and am very pleased. Anymore questions just let me know!

Are u in N.A? If so, did you buy a socket adapter for the Korean plug? I just got mine in the mail and not did not come with a US plug adapter. The power brick pictured here ( 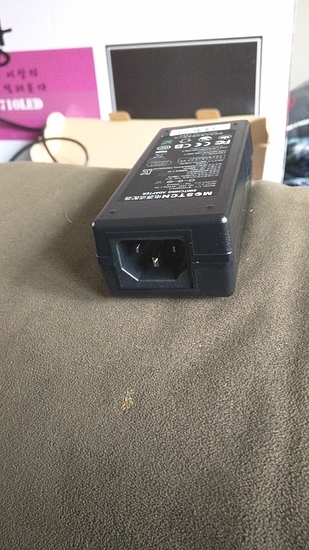 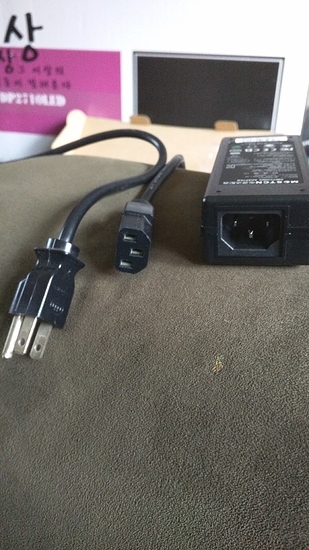 can be fit with any standard female to male power cord like the one used on most computers. I'm thinking about trying that but am Leary because I'm told I should be using a Voltage adapter as well. Is this true? If so why has NO ONE ever mention it in ANY of the "Go buy a Korean Monitor videos?"

I am not sure, mine came with a plug adapter without a ground and I have been using that so far. I told myself I was going to look into it but havent quite gotten around to it. Would be interested to know though

Yeah everything worked out well. Just swapping out the cord did the trick. No need for Voltage adapters or plug converts. The picture is very impressive, as is the backlight please and utter shitness of the stand but all in all very happy so far. Thanks to all who suffered advise

So there is no issue swapping it out with an american plug with a proper ground?

As long as your plug is 16v compliant(or whatever voltage that brick is...the B400 has a 16v extension) you should be fine.