I am running out of space on my 90GB SSD and 2x250GB seagates, so I was wondering from your guys personal opinions what is the longest lasting drive. also is is worth it to spend 20 more dollars on a seagate constellation V.S. a Barracuda or like wise with a WD or Hitachi.

asus M5a99fx pro R2.0 (which has many problems with it, gonna try to get asus to fix it or give me a new one)

As a desktop/laptop hard drive, I've had good experience with both Western Digital and Hitachi. The Hitachi in one of my laptops has been running for about 5 years of almost daily use.

I have 25x Samsung HD103SJ (1Tb) that I bought brand new a few years ago.  in that time 1 has failed completely, 1 is failed but the freezer trick works for a bit and another is playing the bad sector game.  10% over a few years with 20 of them being in use 24/7 in a NAS isn't too bad.  Ask a different person and you WILL get a different answer.

Hitachi Ultrastars are great.  Logan specifically mentioned them recently in a video.  Some people will say Seagate/WD/HGST are the worst/best and others will say the opposite.  Unfortunately the HDD market has gotten rather slim since Seagate and WD have bought out Hitachi and Samsung...

just retired my 6 year old iomega external drive, still works but occasionally stops reading during video playback so can't trust it with anything important. inside it's a samsung branded drive. 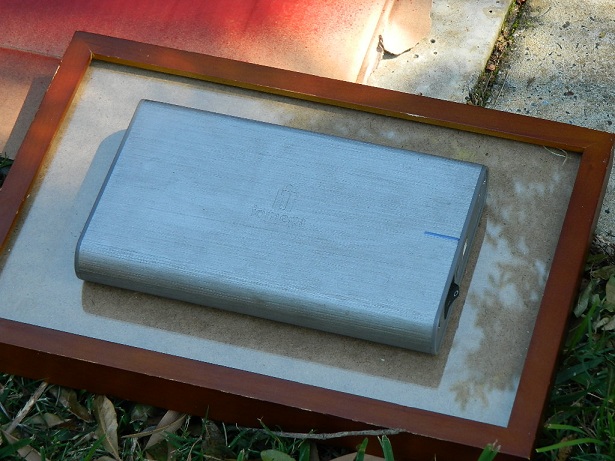 mounted it on this picture frame so i can hang it on the wall in honour of 6 years of long service.

had 3 seagate external drives fail but could be coincidence, haven't had any trouble with my wd internal drives or my toshiba externals but they're all under 2 years old.

... now that I'm seeing just how cheap the drives are now i might just buy a WD, seagate, and a Hitachi and have them in raid 1 and see what one works longest

Then again three drives in raid one seems wasteful

Well, I've got a 27 gig Seagate Barracuda from 1999 that still works, but that's anecdotal.  As far as actual real world failure rates go, Hitachi seems to be the most reliable manufacturer:

Honestly, if there is stuff you absolutely have to protect then it's all about redundancy and not brand. Raid 1, secondary system back ups, physical copies (DVD, Ray etc) and online back up are the ways to go - all, if it's really important. Seagate have a high failure rate in their HDDs as I understand it (whiskeyranger's post backs that up), but I run their barracudas in raid 1 and the only time I've lost any data was the other day when a new PSU destroyed all my hard drives at the same time when a rail blew.

Set up a raid 1 config using whatever drives fit your budget, then make regular physical copies of important data and maybe invest in an online auto-back-up system. Then, if you want the overkill option, build a raid box.