Hi Teksyndicate community, I have been watching the show since I discovered it this summer but this is my first actual post on the forums.

So I live in a relatively rural area of Ontario Canada but I'm really not that far from town. It seems Canadian ISP's are at least as bad at upgrading their infrastructure as American ones. As a result of this myself and all my neighbors have to chose between Xplornet fixed wireless (60$/month 1Mb down 100k up, no limit) and 4g ($$$$) and I'm pretty fed up with it by now. Xplornet has been sitting on their ass for about 7 years now and the local provider tower is apparently "at capacity" so all new construction, and new people moving in actually get tricked into signing 3 year contract for satellite internet... this pains me in the heart, as internet access is very dear to me.

After being frustrated for years and at the same time learning more about the internet, and the state of things, I decided the only way to make anything better is to fix it myself. I have a dairy farm with a 80 foot tall silo, and a beautiful LOS into town, 6KM away as the crow flies, there is an equally tall, or taller apartment building that I know for a fact has a Bell fiber POP. It is where my ISP currently gets their bandwidth from. I can handle the radio equipment and such, I am pretty familiar with Ubiquiti, hence I used their RF calc, and it projects good results with moderate cost investment for equipment. Basically what I am asking is, how would you guys go about asking for permission to mount an antenna on the roof of an apartment building? I know they already allow Xplornet to put one there, but I wouldn't be able to pay near the monthly rent I'm assuming they do, because I have no clients.

PS thanks for reading and sorry for long post. 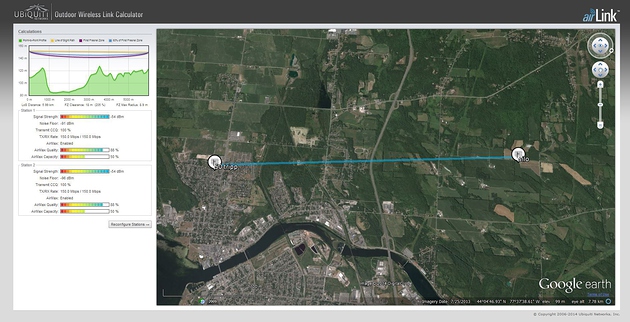 Andrew Crews  ... you posted twice  ... may want to delete one before the enforcers come this way  ... lol

and after reading  .... you would need permission from both local and federal government ... and a sack of cash

Phew, got it deleted before b&hammer thanks Ratzzz ,  but why would you say I need money for the federal government? Both endpoints are private property and the link would be 2.4ghz at wifi levels, with directional antennae. As far as. I understand this is relatively unregulated as long as it won't cause harmful interference. I know a few people that have links like this,  usually for LAN bridging across a road, and according to my compTIA networking+ course companies in cities do this for of stuff all the time.  My own Internet service is provided by an unlicensed 900mhz Motorola canopy system. Unless you were talking bribe money? Lol