So I was board and thought to myself why not Liquid Cool my old Pentium 4 machine and see if I can find any meaningful difference in performance between the stock cooler and the Corsair H80i GT.

The first step was to clean the board as it hasn't been used for a very long time and has collected quite a lot of dust. 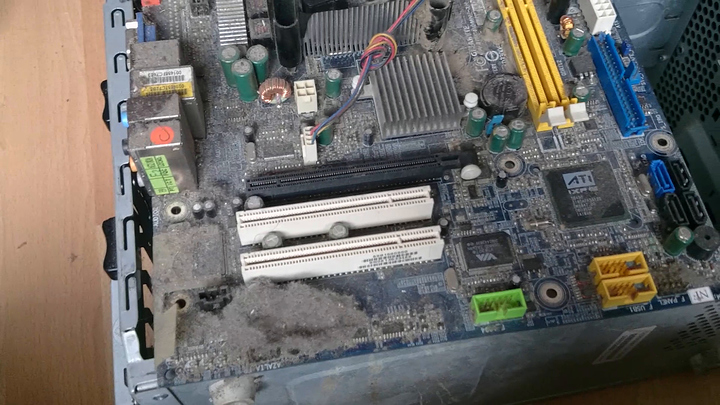 With the board cleaned I took off the heatsink and cleaned the CPU with Isopropyl alcohol ready to re-apply some new thermal compound for my testing. 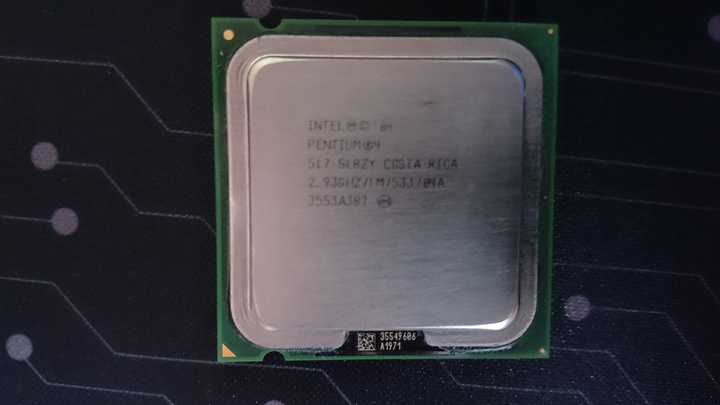 After reapplying the thermal compound I booted the machine into the BIOS only to find out that I incorrectly installed the heatsink and temperatures quickly rose to 101°C before the machine shut its self down (Unfortunately I don't have footage of my mistake), but after I installed it correctly the idle temperatures in the BIOS were 46°C which eventually equalized at around 52°C. 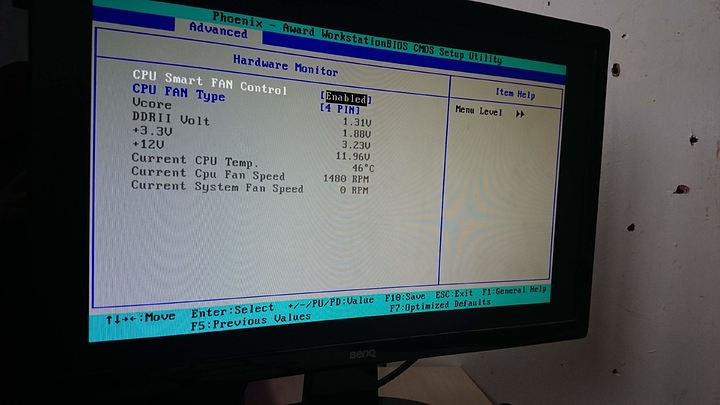 It was at this point that I decided to install Windows so I could try and benchmark the machine. Unfortunately the only version of Windows I had a USB for was Windows 8 and since this machine came pre-installed with XP I had reservations on whether it would work at all on Windows 8 but it did, barely.

So I commenced with the benchmarks and ran Cinebench R15, I didn't expect the score to be very good but what the hell, I've come this far. 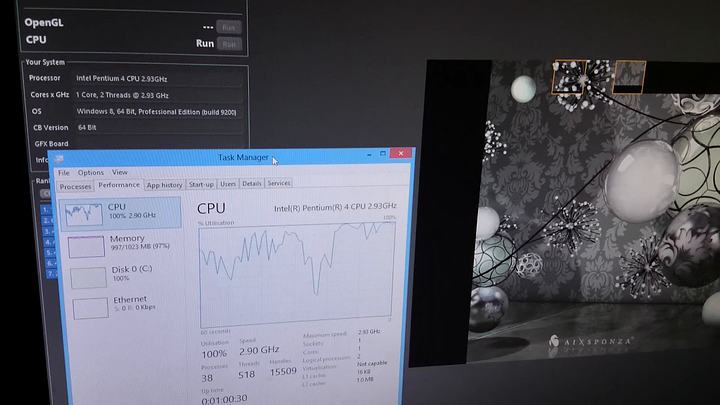 I ran the Cinebench benchmark on both the Pentium 4 machine and my more modern i5-4690K to see just how the old Pentium stacks up with current hardware, and the results were much worse than I could have expected. Whereas my current machine with an overclocked i5 @ 4.40GHz got a respectable score of 532 the Pentium 4 got 12. I can't say that I am totally surprised as this model of Pentium 4 was released in Q3 of 2005 making it over 10 years old and not suitable for modern processing tasks that rely heavily on multi-threaded performance, even though it is hyper-threaded I don't think it helped much.

Now, the initial plan was to benchmark this machine both on air and liquid but after the first round of benchmarks I noticed that it wouldn't make any difference, Pentium 4s are notorious for being very hot, hell my neighbour once brought me his "current" Pentium machine which idled at 90°C in the BIOS, so I expected it to throttle on air, but it didn't. The clock speed remained at 2.90 - 2.93GHz all through the benchmark.

Another metric I could track is temperature, however the sensors on the board are inaccurate in Windows and put the CPU at -67°C so I have no way of checking load temperatures between both coolers.

Undeterred I went ahead and installed the liquid cooler to, at the very least check the temperature difference in the BIOS between the two, because even though in practice the liquid wouldn't make a difference I put enough time into this that it would be a waste if I didn't at least try.

As expected the H80i GTs mounting bracket doesn't support PLGA775 so my only option to install the cooler was to strap multiple cable ties together in an attempt to secure it to the board, this was much harder than it sounds as the block is angled and the backplate on the motherboard was glued down meaning I couldn't use my longer but thicker cable ties.

Some time later and with a huge cut in my finger from trying to release some cable ties I finally got the cooler installed.

So after all of this I can deduce that the Pentium 4 517 is 15°C cooler on liquid than the stock cooler in the BIOS coming in at 37°C compared to 52°C.

I may revisit this project in the future as I'd like to 3D print a CPU bracket so I can install the cooler more permanently and to mod the case to mount the radiator but I don't have access to a 3D printer so that is for another day.

You may in fact be the first and last person to install a H80i GT on a Pentium 4. Congratulations. Also, fun idea xD

Here is the aftermath of the build, as I said in the original post the mounting procedure was very temporary and the cooler fell off when I moved it as only two cable ties were holding it together on one side.