Hey guys I was wondering what programs are good subtitues for windows programs like office products?

The LibreOffice suite is my go to when I need a non-cloud based solution (I tend to use Google Docs for basically everything). I don't have experience with them but alternatives like the Calligra Office suite exist. WPS Office is also an option but I believe it costs money.

The only one I've ever used heavily is LibreOffice. If you find that you don't need a full suite, but rather just a word processor, AbiWord is a decently featured standalone word processor and GNUmeric is a standalone spreadsheet program. I've used AbiWord and find it okay for your regular letters and even most school papers and the like but don't expect features like mail merge and stuff like that.

If you do find you need Microsoft Office specifically, Office 2007 is supposed to run in Wine.

What programs do you need?

There is a good thread on Linux software.

Depends what you use. most internet browsers work on Linux. well at least the important ones do, like Firefox, Chrome, Opera and such.

As for Music players, it depends what you use. most Windows Programs music players aren't available on Linux. BUT you can run them through Wine. Foobar is a popular one but sort of convoluted to get going on Linux. and iTunes i believe works. but there are alternatives that are on linux that you can try out.

As for gaming on Linux, you can. but it doesn't compare to Windows. if you are primarily a gamer don't bother trying out Linux, the games library is limited.

Libre Office is the Open-Source Equivalent to Microsoft Office. Microsoft office has too many tie-in's to microsoft. a lot of the features don't work well unless you have a Microsoft account and synced to Windows. of course you'd be on Linux so this won't work. so all you have is Libre-Office. BUT you can use Microsoft Office but you're going to have to use an Out-dated version of it.

The only dramas with GNUmeric is the lack of 'Pivot Table' functionality the last time I looked at this freeware, but if your needs are just for a basic spreadsheet programme then GNUmeric fits the bill. 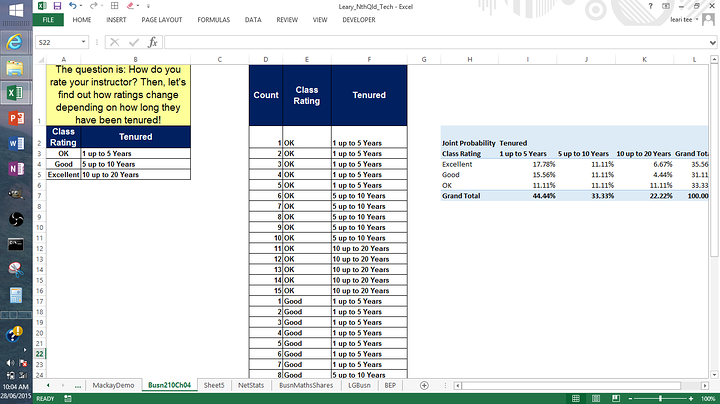 It is still hard to beat Excel and I am Linux fanboy. Those plugins are oh so good

I've found Pinta to be closer to Paint than Gimp, Gimp is more similar to Photoshop in my opinion

What programs do you need?

There is a good thread on Linux software.

@chiefshane, lessershoe is right we need more information on what you're trying to find a substitue for so we can be of more help. There is a lot of good software around

I was talking about office programs.

Okay, for most needs LibreOffice is one of the most developed and OpenOffice is a bit behind but still a good alternative. If these aren't what you're needing then Office 2007 and Office 2010 32 bit have good support through WINE (What is WINE?), or alternatively you can run a Windows VM and use the software in that which sounds silly, but VMs are very fast on Linux so if your PC is adequate you can run a VM borderless mode and you'll feel and see no difference

there are more games under linux than xbone and ps4 combined

That means nothing. I'm referring strictly to the PC as whole. Linux as a "Gaming" Platform is always in "It's getting there" phase. it's not better than Windows in the gaming right now, and personally i don't think it ever will. Valve sees a future with Linux as a gaming platform, which is great. I'm all for it. but there hasn't really been much progress besides SteamOS and about 2 or 3 Steam Machines. Hopefully Vulkan helps it a bit more. Valve needs more adoption for it to be successful and Developers need to get on the ball and port their games to Linux and right now there hasn't been much of it.

Tuxracer and TF2 sure is fun, I would never want to play GTA 5, Battlefield, Call of Duty, League of Legends, or The Elder Scrolls. /s

The amount of games might be high, but how many of those are not just indie games, but games that a ton of people want to play?

Whatever it is run in a VM of windows 7

super old topic but didnt notice before so i'm reviving it :D

Sure it comes down to what games are available, but its a matter of personal opinions.
I for one dont really care about most of the Big Blockbuster games, but ofc some seem to be good also
Linux is slowly getting there, we have now good amount of Triple A ones also and more coming this november with steam machines launch.

I never cared about the ones you listed except GTA 5 though but thats me :D and things are changing slowly... that ofc is if Steam Machines succeed...