Because this round deserves its own section.

It's currently half price on the Feral store where you can get the first season (All 6 episodes).

You can see Gaming on Linux's port report here

This seems to be a decent port, performance is decent though not amazing, but not a big deal for the type of game it is. It officially only supports Nvidia, but unofficially works well on new AMD cards (likely requiring, amdgpu/radeonsi, openGL 4.3, LLVM 3.9)

You can see Gaming on Linux's port report here

Another Valve dev Working on MESA

So it seems a new Valve employee is now working on the AMD stack on Linux, bringing Valves apparent numbers to 3 developers working on AMD drivers.

Again another MESA release, again improvements to AMD GPUs. This release has improvements across the board, including Vulkan improvements, OpenGL 4.5 for Intel Haswell, Polaris 12 support, and more.

You can check out the full changes here

You can check the latest mesa features on mesamatrix, keep in mind, features may be implemented but not enabled or currently in your current distro.

Its still a ways off newer directx support, but slowly getting there (who buys Dx only games anyway....)

Some Other Game Stuff

Sunless Sea has a free weekend, if you don't have it, its a good game

Phoronix did a little comparision of Windows 10 vs Linux on RadeonSI/RADV Gaming. Its interesting, and I think shows how far things have come in such a short time since the new AMD graphics stack was released.

We have a discussins on it here

These Linux vs Windows benchmark results are pretty interesting

Keynote: A Conversation with Linus Torvalds

Go watch the rest of the Open Source Leadership Summit 2017 if your interested.

Some unofficial builds of Firefox making use of flatpak are available. These also include a wayland version of Firefox for those wanting to get things on wayland native.

I think this will be good to see more of. We'll likely see more flatpak support for packages as some distros start looking are replacing userland packages with flatpak versions.

If you use Linux for media production, be it video, audio, art, photography, etc. tell use how you use your setup. @tkoham made a topic discussing media production and workflows in Linux.

REAL TALK: Media Production and Workflows on Linux (and Other OSes, too.)

Welcome to the first in a series of threads attempting to discuss and expose people to open source software. Each thread will be about a particular Field or software application, and have a short 'State of the Union' describing the advantages and...

@Miguel_Sensacion made a quick post about 20+ Linux books you can get your hands on for free.

The Linux foundation events always make me uneasy...Not so much as content but as style...It just feels that the typical conferences of traditional businessmen. That are there just to find ways to economically exploit the FOSS production model while trying to exclude its genuine creativity potential and social significance.

EDIT: Although i must say the Torvalds segment was really good.

One thing I noticed was the drivers fort he new AMD GPU cards. It's sad we wont see support right away for the new AMD GPUs coming out. It's a little bit of a repeat from the first release of amdgpu, but at the very least its being worked on and should be in by 4.12, or at least that's what they suggest.

If only they could put more people on getting the DAL code sorted.

@turin231 I think its always hit and miss sometimes. Some good things, some meh. Depends on what the goal is I guess. I much prefer more technical talks.

I have a love hate relationship with WINE, I have found that on modern computers ( Haswell & up / FX -83++ ) virtualization is the way to go, at least for me. I just can't get over the issues I had with Adobe PS CS6 using the Pen tool... Arrrrrggggghhhhh !!!!! #RantOver :)

*hanks for the post acknowledgement @Eden , I'm sure someone will put it to good use.

I have a love hate relationship with WINE, I have found that on modern computers ( Haswell & up / FX -83++ ) virtualization is the way to go, at least for me. I just can't get over the issues I had with Adobe PS CS6 using the Pen tool... Arrrrrggggghhhhh !!!!! #RantOver :)

Well, I guess if you have the money the ultimate thing to do is virtualise with GPU pass-through. Wine is great for a lot of things, but its hard to catch up and implement all that api stuff voluntarily.

Its great for old stuff though, like dosbox, and similar projects.

I liked his passion on community development and the more horizontal way on producing code compared to traditional hierarchy. It is always interesting to hear a true geek talking about his work no matter how much i agree or disagree with him...

I might explore sandbox a wine application if that is even possible. I have been asked that this week several times, but I haven't looked into it. Are you aware of it being possible?

What exactly is that MESA thing?

It's a graphics API. https://en.wikipedia.org/wiki/Mesa_(computer_graphics)

Well that's the thing isn't it. Similar to RMS almost everything they both say aren't necessarily invalid points. In fact most of the time they're correct on many, whether you like or dislike them or their opinions.

Not sure what your asking? (Wording is funny for me) But no Ive no idea is probably the answer.

Basically asking if you are familiar with sandbox the SELinux policy and running application in it? ie: Web Browser / WINE apps etc...

If you want quick rundown howto use sesandbox maybe take a look at this, it's somewhere in the very end

Due to a couple of recent posts and new linux users here's a short (i tried, I promise) and easy (hopefully) ramble on SELinux, 'cause I'm lazy at typing. Forgive mah english, but I'm not sorry for the terrible video quality. Messed up my settings and didn't feel like recording another session.

Maybe put this in the next one. Serious Sam VR Now has Linux support in beta.

And some other relevant news. 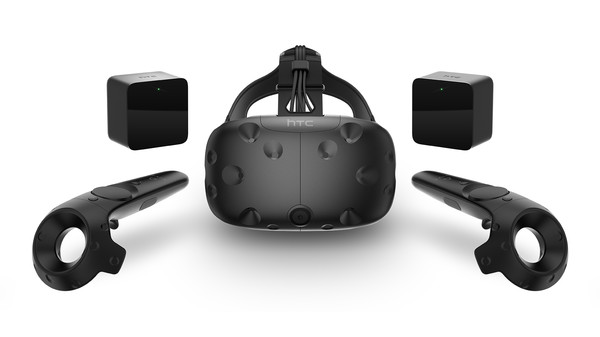 SteamVR for Linux is now officially in Beta

Valve have put up SteamVR for Linux officially in Beta form and they are keen to stress that this is a development release.