I took a while before attempting this, partly because of the uncountable "probably a bad idea " threads on the tech forums all over the internet! And I am wondering why, given that Gnome Shell works just as fine, and I am thinking probably better than a few of the official DEs, on Mint? I’ve had zero problems or issues. I noticed it was an option when I installed Budgie on my Mint 18.2 Mate. Since then I have removed every other DE from my install, and Gnome has been a dream! It has always been my favorite DE, and it was the only thing I missed in Mint. But here we go… all that I am struggling with now is why everyone seems to think it won’t work? 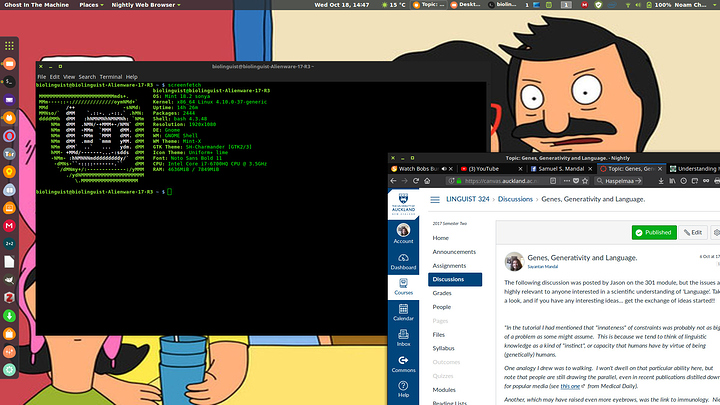 But here we go… all that I am struggling with now is why everyone seems to think it won’t work?

People are opinionated. Personally, I think Gnome sucks, but if it works for you, go for it. If it’s going to run into problems is another story. I don’t see why Mint Gnome will have more issues than Mint Cinnamon or something like that, but I personally think that Mint is buggy and needs to decouple from Ubuntu quite a bit more before I’m satisfied with it.

The thing is that Cinnamon or Mate used to use gnome based packages. Until version 2.0 cinnamon was actually just a gnome front-end. Thus adding gnome to Mint would pretty much break the official DEs and might have created a number of issues with gnome. As a result you have the notion of this being “a bad idea”

Latest versions of the Mint DEs though seem to be more decoupled from gnome packages thus make it quite easier than before.

My reasons would be that it’s counterintuitive to use GNOME with Mint. Mint aims to be more traditional and familiar across all four of its flavors. GNOME on Mint just doesn’t make sense. Of course it’ll work… Mint is just an \insecure\ Ubuntu system with “insert desktop here”.

I have no doubt it’d work. I’ve gotten GNOME, Pantheon, Budgie, Unity 7, and Unity 8 on Mint because it’s more or less Ubuntu. Once you get the right packages lined up ( which they’re usually fine ) and double check that there’s no confliting configs, you should more or less be just fine. Technically, it’s totally fine. In terms of WHY you would do this? Eh, not so bulletproof, but it’s nice you had fun with it.

Couldn’t disagree more. There’s too much I find factless to even begin trying to elaborate here, but I will say that in my experience Ubuntu has always been little more than \unstable\Debian-the-lesser on any of my high-end devices. Usually, with any distro, you’re greeted with a welcome splash screen on boot. Every.single.ubuntu.installation. I’ve ever tried has been an exception though: “System problem detected” is Ubuntu’s idea of a welcome message. Mint, on the other hand, has never once had a single glitch!! I can say without the shadow of a doubt that Ubuntu has always been the worst GNU/Linux distro I’ve ever tried. It almost made me wanna stop using GNU/Linux.

Besides, the “insert any desktop here” bit goes for every GNU/Linux distribution, and it should! GNU/Linux isn’t supposed to be tied down to one DE, and Mint isn’t. I was wondering where the skepticism comes from?

I have no idea what you are talking about there in the “WHY you would do this” part. It’s pretty simple. It’s an OS. It needs a DE. I am the one using it. So I’d naturally want to have the DE I find most intuitive, productive and logically implemented from a functional standpoint. That’s why. And everybody should be able to do the same.

And there’s nothing more factually inaccurate than saying “Mint is just Ubuntu”. Look up Lunduke’s article as an example of many articles out there that dismantle this nonsense. Mint is less “just Ubuntu” than Ubuntu is “screwed-up Debian-wanna-be”. 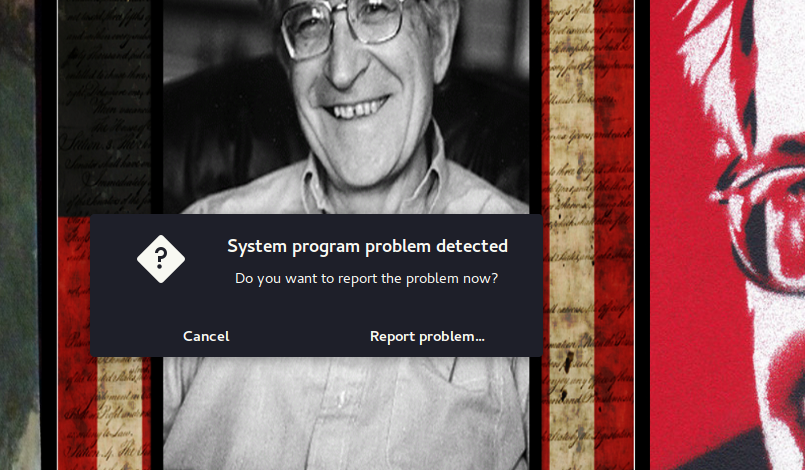 This explains quite a bit! I actually accidentally got GNOME as an option after installing Budgie. But since then I have removed everything else…

it was just as smooth as getting KDE (which I can’t stand!) or XFCE on it!

Running Linux on high performance laptop (Alienware) is impressive. Very few people do that. By the way why is your kernel son new? I have mint 18.1 installed on mums laptop and it’s on 4.4.0-97 something.

Why would it be impressive? GNU/Linux was designed to run on huge mainframes, and be a UNIX workalike! There are some problems, at times, with GPU and wireless drivers. But with 4.x kernel series they have become lesser and lesser. I have never had any problems with the GTX 970M and/or the Killer 1535 since kernel 4.0 arrived. Before that I had to manually get the Killer firmwire… no big deal though.

Regarding the kernel… it’s my work laptop. And since my research involves fMRI and PET scanners, all of which use specific drivers, I try not to mess with the kernel without double-checking with my lab’s system admin first. I have to make sure that no compatibility is lost, and more importantly I don’t want to create extra problem for the sys admin! She works too hard without me creating extra problems for her…

Dang, Mint looking like that, with the power of debian/ubuntu and their support/repository is tempting to say the least. Though, not enough that would make me switch from Manjaro. It’s 4.9.53-1 LTS kernel is too stable to pass up. Then there is the magnificent AUR repository, backing Manjaro. That’s a dealbreaker for a Mint change. Dealing with PPA’s

You can switch to a newer kernel just fine … assuming you have told the update manager to show kernel updates too. For 18.1 you can go up to 4.11 if memory serves me right, but I see little point in doing that. I just let the update manager decide which kernel I should run (which is one of the 4.10 ones IIRC). I plan to keep doing that until there’s some huge vulnerability that can only be avoided by updating to the very latest kernel.

It is as secure as Ubuntu is. It is just a matter of options in the update manager. The only issue in security practices I see a problem with is not publishing CVEs on the pure Mint packages that are very few anyway. Almost everything is ubuntu or debian based thus inherits their security.

Manjaro is something I’ve always been drawn towards. Mostly because of the incurable “Arch-envy”. I wouldn’t think actually installing (and maintaining) Arch is something I can afford to do, from a time perspective. But if Manjaro is more self-reliant, then may be I should give that a try sometime…

I have been on Debian, in one way or another, for so long though… It almost feels a little scary getting away from the familiar commandline tools. I prefer to save my learning-curve energy for actual computational theories of cognition. There’s only so much you can dive deep into, unfortunately!

I need a out-of-box working distro, which Manjaro and Antergos delivers. Manjaro is somewhat more user friendly than Antergos. Antergos being closer to Arch vanilla. Both are awesome.

In my opinion, Manjaro is pretty stable. Probably, not if compared to Debian server usage though. Yet, still up there with LTS usage, im not claiming it’s newest experimental kernel being, Debian stable. For Desktop with an LTS kernel, on the other hand. It’s up there with the most popular ones, maintaining a large userbase and support, with a 4th place on Distrowatch out of 100 distrobutions, in the last 30 days (1484 Hits per day) Antergos being close behind, holding a 5th place out of 100.

Mint holding a first place, followed by Debian and then Ubuntu. Just to give an idea of Manjaro’s popularity.

It almost feels a little scary getting away from the familiar commandline tools.

Understandable. Manjaro, could be compared somewhat, to what Mint is to Debian. That could make you want, to give it a try. Without being to affected too much by the Arch reputation.

That could make you want, give it a try.

Without being to affected too much by the Arch reputation.

I actually like the Archi-reputation! Just not a very good fit at the moment… but that’s my problem. Not Arch’s.