The team is proud to announce the release of Linux Mint 18 “Sarah” Xfce Edition. 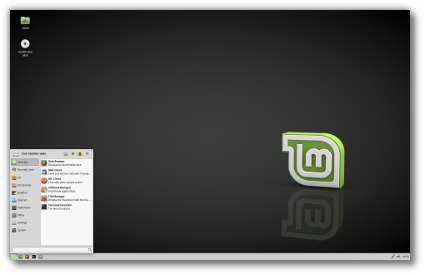 Linux Mint 18 is a long term support release which will be supported
until 2021. It comes with updated software and brings refinements and
many new features to make your desktop even more comfortable to use.
New features:
This new version of Linux Mint contains many improvements.
For an overview of the new features please visit:
“What’s new in Linux Mint 18 Xfce“.

System requirements:
512MB RAM (1GB recommended for a comfortable usage).9GB of disk space (20GB recommended).1024×768 resolution (on lower resolutions, press ALT to drag windows with the mouse if they don’t fit in the screen).
Notes:
The 64-bit ISO can boot with BIOS or UEFI.The 32-bit ISO can only boot with BIOS.The 64-bit ISO is recommend for all modern computers (Almost all
computers sold in the last 10 years are equipped with 64-bit
processors).

I am so happy for this release. Been waiting a month for my baby to come back. Awww yea Xfce

I might consider this over Ubuntu or Fedora. I have always liked Mint but I experienced an error (program crash) once with Kdenlive which made me go back to Ubuntu for a while cos for some reason I didn't experience that error on normal Ubuntu.

I know from experience Mint can run most of the apps I want to use, same as Ubuntu, I have had a bit of trouble finding the installation process for some of the apps I use on Fedora. Mint seems like a good all round OS.

Mint is a all-round OS. Fedora is OK for that too but Fedora is Leading Edge and that something you need to take with you in consideration. I personal like that about Fedora but problem is that stuff works one time and after a mayor release update like 23 > 24 not, because they moved to the next upgrade of a package. which sometimes does things differently then it old one.

Any specific cases of this? I've found one of the things they've been pushing is quality assurance (and security which people seem to overlook), I've had zero issues but that might just be the software I'm using.

On topic. Mint seems to be a case of pleasing UI over everything else? I'm not sure? In either case although mint is improving just bear in mind it's also filled with unresolved issues around proper maintenance.

The do good things with the stuff they develop don't get me wrong, but they just can't seem to do the core requirements of managing a distro well for whatever reason. It's the reason their security is so.. crap

I think its the software you use that you got lucky, I didn't had it in the last 2 times, but i am less experimental lately with software, but lot of times i found software or code on the web that was really helpful but always needed some tweaking or rewriting since it was written for older library's. The only 2 distro's i know that always update everything are Fedora and Arch. Maybe because of Arch its popularity that we see less broken software and more upgrades.

ps: your right about mint, but sad part people are less scared to use it. I would totally wish that everyone just spend some time digging in there computer. Before Mint Ubuntu was most popular i had similar complains about that too, but it was more popular then any other distro and now its Mint.

Windows and Apple suck on every level, but people just keep using it because they can click and stuff happens same goes for Ubuntu and Mint you can get everything done without ever opening a command line program and am afraid that issue will always be a problem. Lot of distro's you bound to open a Terminal ad some point and people tend to freak out.

Due to the mix of Debian and Ubuntu packages, when an update is released
that breaks Mint, the maintainers blacklist it until it works again,
even if it is a security upgrade. (Note: they don't try to fix it, they
just blacklist it)

This really does not happen very often and you can overrule the blacklisting from the update manager. It is just one click and everything that is pushed for Ubuntu is pushed on Mint. The fact that the danger of regression is clearly communicated is a good decision in my opinion. Security is important but you also need to know what installing non safe updates might mean.

By default, using the Update Manager, you won't get updates for
critical parts of the system(xorg, systemd, kernel), even security
updates.

Not true. The first thing the manager does when you boot for the first time is to pick a strategy. The recommended is just pre-selected on the query window, which includes all security updates. But you have to make a choice before anything actually happens.

The use of old kernels means that newer hardware isn't supported

No different than any other Debian or Ubuntu LTS. Mint does not use an old kernel. It uses the last ubuntu LTS with the option to upgrade from the manager itself. And the default kernel is updated with every .X release.

Mint doesn't publish CVEs, and you can't check if you are vulnerable because you don't know where a certain package came from.

When one of their packages has the same name as a upstream package,
they block the package and replace it with theirs. For example, the
package mdm contains Utilities for single-host parallel shell scripting, however, in Linux Mint (and only Linux Mint), the mdm package is the Mint Display Manager(aka a clone of gdm).

These two, on the other hand, are really valid security concerns. Although, for most of the packages the CVEs for ubuntu also stand for Mint. But it is a problem for pure Mint packages.

But for the RPM packages that ship in the repositories the official one and third party its all good, but the things like psx2e and w3af. Its just sometimes playing chess and you have to figure were what library was merge in so you can redirect it that are just some examples i got in my head. Tho i honestly have to agree 21 22 23 and 24 they did a really good job.

I made a mint USB stick today and tried the new one out on my old laptop, I was really impressed how fast it loaded and had very few issues with devices.

Mint is maturing as a nice OS environment definitely worth using.

The one thing that mint has always impressed me with is how fast it loads.

IDK how they achieve this. I have played around with plenty of light weight distros that take up far less resources, and mint still loads the fastest out of any distro I have tried.

Im Also using Mint on a USB for gaming(Dota2) and stuff on my work laptop, boots fast on a good USB3 dongle

Looks nice.
XFCE is still one of my favorite desktops to use.

Same here. I just bought an Inspiron 14 3000 laptop and I'm tempted to go for it. Windows is nice and it runs incredibly well (I upgraded the RAM from 2GB to 4GB and will soon upgrade to 6GB) but not only would I see better performance with Xfce Mint, I'm very familliar with it and Xfce gives you so much control over the desktop that it's a no-brainer for me. I do want to sticck it out with Windows for a while, just to get the 'intended' experience this laptop was made for. In about two weeks, there's no doubt...