So I was watching a youtube video about heat dissipation in pc cases, and it got me remembering a ways back when I was wondering why we aren’t using photons for some things instead of electrons.
For instance, when it comes to a cpu, since it’s just transistors switched on or off, that could be run on photons instead of electrons. So I did a quick search, and I did see a good article on quantum photo-transistors.

Transistors are tiny switches that form the bedrock of modern computing; billions of them route electrical signals around inside a smartphone, for instance.

I had done a similar search a few years ago and got nothing. The article above is 4 months old, but it is news to me:)
Now, not every system in a pc could be run on photons, I get it. The amplifiers for display and audio output would still need to be there. But the cpu, gpu, ram, chipset, and drives could all be run on photons. And it would stay near room temperature:)
And even though the transistors in the article were for quantum computing. there is no reason it could not be used for standard computing right now. And they can operate the transistors at 10 billion photonic qbits per second. That is almost twice the speed of a turbo on a modern intel chip. And judging by the size they got it down to, 1 million transistors for the size of a salt grain, we wouldn’t need a die shrink to 7nm to save power, increase transistor count, or to kick ass in fps games. All in a fanless pc.
Then it got me to thinking, again.
I can see a possible future where instead of just electrical power lines running into our homes, we might also have a secondary fiber line. Appliances will need electrons, but our lights can be powered directly by photons. That would probably cut grid demand by around 20%.
With light hubs scattered around, we could have a light grid along side our existing power grid, harvesting sunlight by day, and some leds running in hubs at night.
Now, even though I have a phd in thingeemajiggerology, I am no light scientist. But I believe the transmission of photons is far more efficient than electrons.
I realize by the time a decent light processor comes out, I will probably live in a senior center, burping my colostomy bag on the other seniors for fun, but a guy has to dream, right?
And I am genuinely curious as to what technology predictions others might have. What do you all see in the near future that is bad-ass?

OK, I wanted to edit this with an idea for a light transistor. You could have like a 2 watt led that can output white light that can be broken down into, say, 10 individual colors. Each color of light could move through the transistors independent of the other colors. Cheap processors could do about 10 colors, while higher-end production oriented cpu’s could split the light into 100 or more colors. This would be tantamount to 10 threads, or 100 thread processors:)

2 Likes
[Post any interesting sciency stuff] - You know any interesting concept, field of research, that others might not know about?
MazeFrame October 16, 2018, 6:48am #2

Reading material from 2014 on the subject: 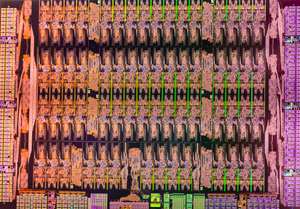 At a University in Germany, I have seen a setup for optical transistors (arround mid 2016) working. They idea was to have 1 laser beam get split up into 2 and then get passed through a kind of transistor causing a destructive interference.

Currently, it looks like they use lasers on an “exciting grate” to send pulses over the surface of some material (gold?) and do mathemagic:

OK, I wanted to edit this with an idea for a light transistor. You could have like a 2 watt led that can output white light that can be broken down into, say, 10 individual colors.

1430nm tuned laser. IIRC they were using 6kW pumping source and got 70W laser power (HeNe laser).
In theory, you could use double or half the wave length, so 2 “synchronous cores”

Next problem is positioning. You need extremely exact positioning (<.2nm). The way that is currently done is by adjusting one mirror in half of a “michelson interferometer”. So there would be a computer controlling a piezo mounted mirror several thousand times per second.

With the current tech (that is still in labs in single setups), it would be possible to layer cores on top of each other similar to how SSD chips are stacked setups.

Lastly for the elephant in the room: Lasers are inefficent. Like 80% of the energy you put in is lost.

I think we’ll see hybrid systems for increased bandwidth where separate devices interact (PCIe 5.0 or something).

But as for the cpu itself, UV light (which will rot the system over time) is at it’s smallest and near impossible to control 10nm. AMD is already building transistors at 7nm…So, while I can see optical data trunks built into device-to-device, I think reversible quantum dot computing or 5nm will be the next big consumer thing.

UV light (which will rot the system over time)

No. System internal interconnects (PCIe style), no. Yes when talking optical networks where the transiver plugs in and the protocols are hardened against failure, sure.

Current standard is any cool optical do-dat is either stupid, slow or needs this: 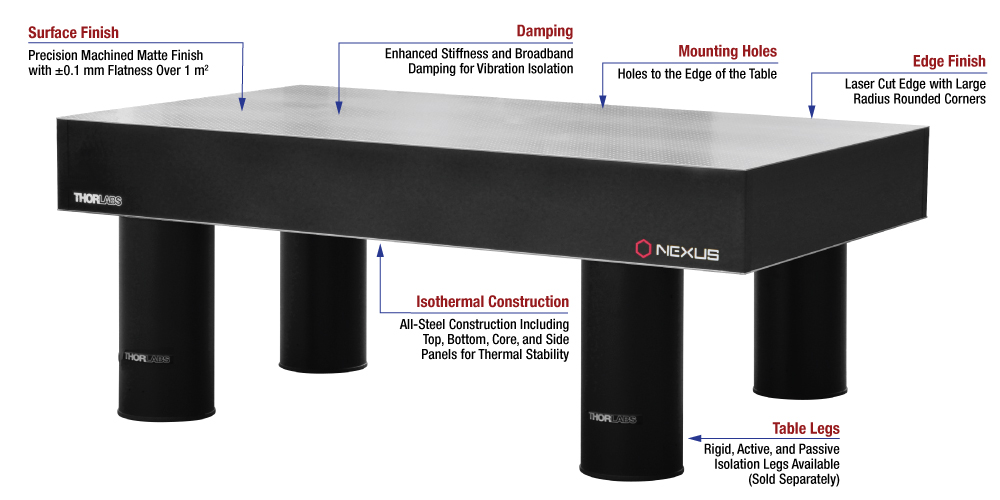 That is amazing. I’ll be honest, that second link made my brain melt. But from what I could understand, people have been putting alot of thought into real photo transistors, and they have been doing it for a long time now.
I will re-read that link a few more times today after my brain re-congeals.

I dunno. Solarization fiber probably woudn’t be the problem. I would worry about how the cable terminates - but you wouldn’t use UV outside the chip. Even if you could

Optical transistors were shown effective as early as 2007.

The control circuit, though, would be larger than existing chips. Optical memory has been looked at in routing, but flash and other memory technologies are much more dense and persist orders of magnitude longer.

I still think you could replace something like a USB cable with a fiber cable carrying ~1300nm-1600nm and get crazy bandwidth.

More importantly, frequency comb on chip solutions might lead to a truly modular compute solution with an optical shared memory bus of sorts operating in the THZ region. We may one day see petabyte/s bandwidth available memory to chip to gpu to cpu to network adapter or something super absurdly amazing. And it would all fit in a similarly sized case to what we see today.

The control circuit, though, would be larger than existing chips.

Controll circuit for laser controll (mirror, heat, pulsing, etc.)?
Not necessarily.
For mirror controll (adjusting the laser so the interference happens in the chips), you need to split off the beam and run it through a michelson interferometer, then look at the interference pattern. By the movement of it, you can determine if the mirror positioning is correct.

I still think you could replace something like a USB cable with a fiber cable carrying ~1300nm-1600nm and get crazy bandwidth.

Again. We allready have that (QSFP28, for example. Combination of electronics and optics).

Yeah! That first link on the single photon transistor is what I was thinking of. Looks like they are running it similar to a FET transistor, but with a single photon controling the gate instead of a current.
It never ceases to amaze me how many smart people are on this forum.

I’d put this as at least 10-20 plus years out, well out there with/past quantum computing being feasible.

That is fair. I was just waxing hypothetical, but others posted and showed the scientific community has been working on something along these lines for a while now.
I think that the big money has shifted into quantum versions instead of just analog-style, photon-driven transistors.
I am even skeptical of ever seeing anything remotely like it. Not because companies can’t make it happen, but because their profits lie in rolling out improvements slowly over decades.

Interfacing is “easy”, all the technology exists already in products today. A phototransistor is essentially a interface between optical and electrical systems. The hard part is building these components with a lithography process to take advantage of small feature size with large scale manufacturing capabilities.

I am even skeptical of ever seeing anything remotely like it. Not because companies can’t make it happen, but because their profits lie in rolling out improvements slowly over decades.

That very much depends on when the first manufacturer starts getting close to implementing a technology along the lines you are suggesting. Imagine one of the semiconductor (fab) companies that is behind in technology otherwise, managing a breakthrough in that direction. That would light quite a fire under their competitors.

More importantly, frequency comb on chip solutions might lead to a truly modular compute solution with an optical shared memory bus of sorts operating in the THZ region.

That would be really awesome, however miniaturizing the lightsource for that will be hard. Maybe it would make sense to have one highly coherent laser as a source, split the beam, do the rest with modulation or dielectric mirrors or something else.

Splitting laser beams down two paths is easy, components look like this:

Splitting laser beams down two paths is easy, components look like this:

I am working with beamsplitters and other optical components. I mentioned beam splitters because I think this will be one of the easier components to miniaturize and mass produce on a chip like scale. Tuning frequency combs and highly coherent light sources or producing those in quantity with high quality is going to be hard. Not to mention scaling those down anywhere close to modern CPUs is not possible without new technology.

Not to mention scaling those down anywhere close to modern CPUs is not possible without new technology.

I was thinking the future would be PSU and LSU (Laser Supply Unit, need to copyright that). Then run fibre into the CPU and do stuff there.

Awesome! Wouldn’t it be funny if I used that abbreviation in my lab notes and it shows up in some paper down the line, with credit to MazeFrame, and everyone would scratch their head about what’s going on.
Edit: Damn it, seems like someone already came up with that abbreviation.

Then run fibre into the CPU and do stuff there.

Yeah, essentially what I was thinking. It also has the advantage of reducing powerdensity on the chip itself.