I took advantage of the newegg black friday deals and bought a Sapphire R9 390x TriX 8G with Backplate for $399 total. I upgraded from a GTX 760 2gb and boy was it worth it. My system is currently being upgraded piece by piece but i figured my i5 2400 wouldn't gimp the 390x too badly so I pulled the trigger. So far I have run Skyrim with Project ENB and all of my 100 or so mods plus the 2k textures at a strong 60fps with some dips down to the mid 40s. While I haven't pushed this card with other games yet, I am still very impressed and pleased with the performance on Skyrim compared to what I had, I also played a few older games but non worthy of benchmark territory. I did debate on snagging a 980 while it was on sale but I couldn't justify the additional $100 for about 5-10fps more. I look forward to seeing what happens when i drop my next upgrade of either a skylake i7 or a Haswell-E 5820k in there. It'll be a few month out but my new rig is coming together piece by piece.

EDIT:
I will post my benchmarks and experiences with my current hardware with the intent of providing relatable insight to those with gear a few gens behind looking for an upgrade, or to those considering a 390x.

Sounds awesome.
Basicly if you could find a used 3770K for cheap, and trow that on your Z77 mobo.
Then you would not even need to upgrade your system from a gaming perspective.

Yeah, I wouldn't be too worried about the CPU. I've been meaning to re-apply my 4.5GHz OC on my 2500k, but my GTX 760 bottlenecks so hard that I haven't even bother going past 4GHz. I think I found one game that benefited form the 4GHz OC from stock clocks. I still can't find a game that will peg my CPU at 80%, much less 100%, and will newer APIs on the horizon, it will further reduce the importance of the CPU on gaming performance.

IMHO, unless you have other CPU intensive applications, it would almost be better to CrossFire 390x instead of a CPU upgrade. Get an Ivy Bridge and OC it a little and you'll be set. Probably a dime a dozen by now. Or maybe get a large capacity SSD for a game drive.

I thought about chuckin a 3770k in my current rig, but i decided against it. I am going to basically upgrade every part in my current system to the latest gen, then use all the old components to build a secondary pc that i'll probably put in my living room or make it a portable rig or maybe even run an arch linux server for games and web.

and my secondary rig:

EDIT:
I might even buy a 3770k anyways, if its cheap enough, and just leave it in the secondary build.

I'd go for Zen if it can compete. But what I heard on the Tek is that AMD is struggling to find a time slot on modern fab processes.

I guess I could find 3770k and then wait until then.

Okay makes sense in that case.
Skylake or X99 have a bit more and better connectivity to offer ofc.
And certain feutures.

MisteryAngel do you know if the crew decided to sell their unused gear? I don't think they have, but it would be awesome if they did.

I´m not fully sure, but i do think that they have sold some stuff in the past.

They might have a garage sale depending on when they move

They could even sell stuff at LanSyndicate

I just had that thought, but I think the only fair way to do that would be to have people sign up who were interested in items and draw a number, otherwise it'll just be a bum rush to the hardware

They could do the sign up for items process before hand, just gotta remind people to have the e-mail with their number available on their phone or whatever

i think the way to go is to grab that xeon or 3770k and wait to see how zen holds up against what intel is providing that and the previous gen. it's what i'd do atleast. :P 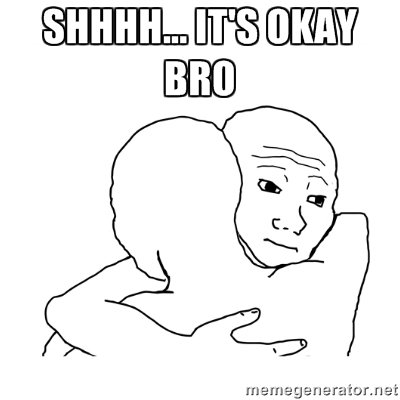