Lian Li PC-Q10 - An image of the top with a removed casing?

I'm considering getting the Lian Li PC-Q10 as my next main PC. I am specifically curious to see a picture of this, but from the top. 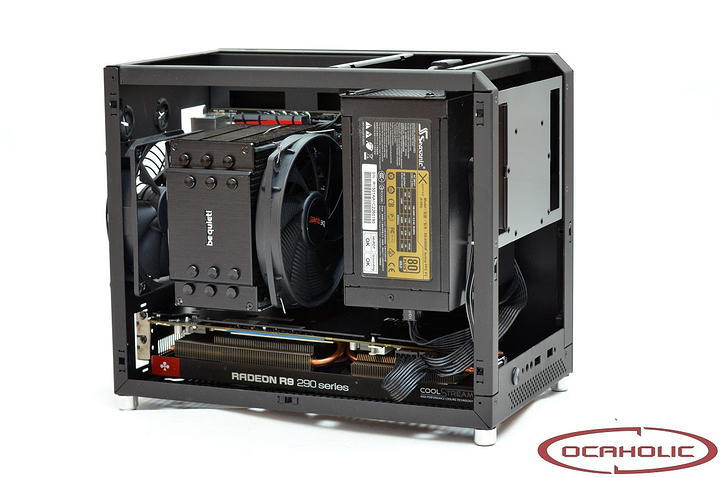 What I'm wanting to see is the mounting points for the PSU bracket. It almost looks like there are screws there to remove it, but I can't exactly tell and searching for an image on Google has failed me. 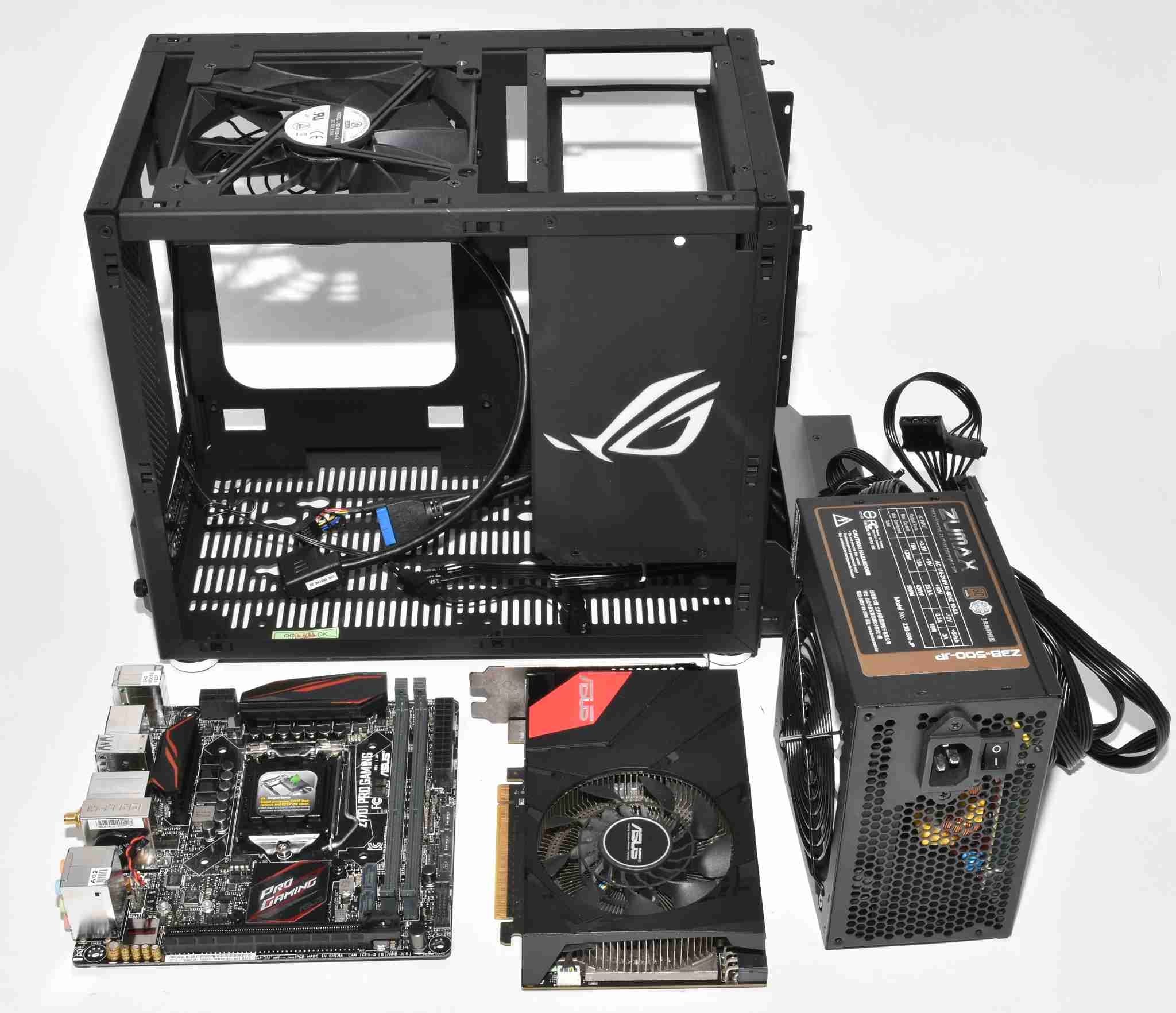 If anyone owns the Q10, I'd love a picture of how that PSU bracket is attached to the frame. i.e. rivets or screws.

Looks like Ncase M1 to me they are the ones who make it for the company so probably same amazing build quality.

It looks like it may be screwed into the cross beams which are riveted in.
Can see threads in this view. http://puu.sh/sZklS/c67bfeb92f.jpg

Nice sleuthing. I saw that video but never noticed a point where I felt I could tell.

I'm hoping to be able to fit a slim 240mm rad inside the case on the roof by modifying that bracket.

Might be able to do that. your talking about taking the psu bracket and having it mount to the rad instead of directly to the frame right?

What I was going to consider doing is take the bracket off, cut a hole large enough to slide a rad into, then place the bracket back where it was. Then mount the other side as normal with a single fan coming off it (the mounting point above the CPU socket).

The PSU fan would push air through the section of the radiator above the PSU, but then I have to consider if I can even get the power cable connected in that situation.

I'll be using an SFX PSU for sure, but I don't think that will solve any problems for this.

Plenty of room for cables though. Could even use adhesive to stick an SSD on the side of the PSU.

I would be thinking more of if you can fit a rad between the psu and top in the first place.

Yeah, that's why I was going with a slim, if any at all.

If I can't using the PSU bracket, I may make a custom mount and remove their PSU bracket entirely. Having the SFX PSU gives me more room to figure something else out.

I don't intend to mount a drive where the 5.25" drive bay would be. May find a way to stick the PSU to that.

It might be close. I think it would run into the plug which would mean relocating psu in the first place.

Welcome to my first ever water cooling build. I've always wanted to build the smallest water...

I'll probably just do what I said then. Stick my PSU onto the 5.25" bay area and use that to give me the room needed.

Hmm, not sure if I'd be able to also fit a fan in there, but we'll see.

If I can get both an SFX PSU and a short GPU (like the Fury X), then that should give me tons of room.

I will be putting a Vega GPU in this PC, unless it's disappointing. Then I'll do Fury X.

The rear would work fine with the Fury X though. The Radiator would be inside the case though.

I don't feel comfortable with a radiator outside the case myself. Don't want damage to the fins.