Hello all, I have been using CM13 on my ATT (850 I beleive) for years now, but as CM went away, so did the nightlies and security updates.

I loaded an LG G3 Lineage rom on my spare G3 (antenna sucks even after replacement) and used it for a day, seemed stable and did a non-root install so it looks like Android pay works, but I couldn’t update it when they rolled out updates (maybe my TWRP is too old of a version? Need to root?)

I want to go to Lineage as they are actively pushing out security updates, anyone get the updating part working well?

So I updated my TWRP to the latest version they have for the LG G3, the new GUI is nice. It seemed to allow the automated update process go a few percent further on the percent bar but would still fail. Going into the Lineage update file path I could not find the update image but through advice on XDA (or was it reddit, I can’t remember) I manually downloaded the update and manually went into recovery and installed it.

The update fixed google services and any other app from not being able to update or install. This is exciting- I don’t mind manually updating as at least there ARE updates for the deluge of security issues of late. Also as time goes by on my CM13 build and apps update I am finding CM 13 to be getting less and less stable.

I plan on putting my sim into the Lineage G3 and trying it out daily for a while, I will update if there are any Lineage (LG G3 D850 in particular) users interested.

It’s stable alright. Not being able to update was an issue early on. It was solved … apart from when you encrypt the phone’s internal storage (like I did). I still need to manually download the latest nightly, put it on the SD card and flash it.

The camera might be an LG only thing. Here’s one I took last month with my S7, which is on Lineage and using Lineage’s stock camera app : 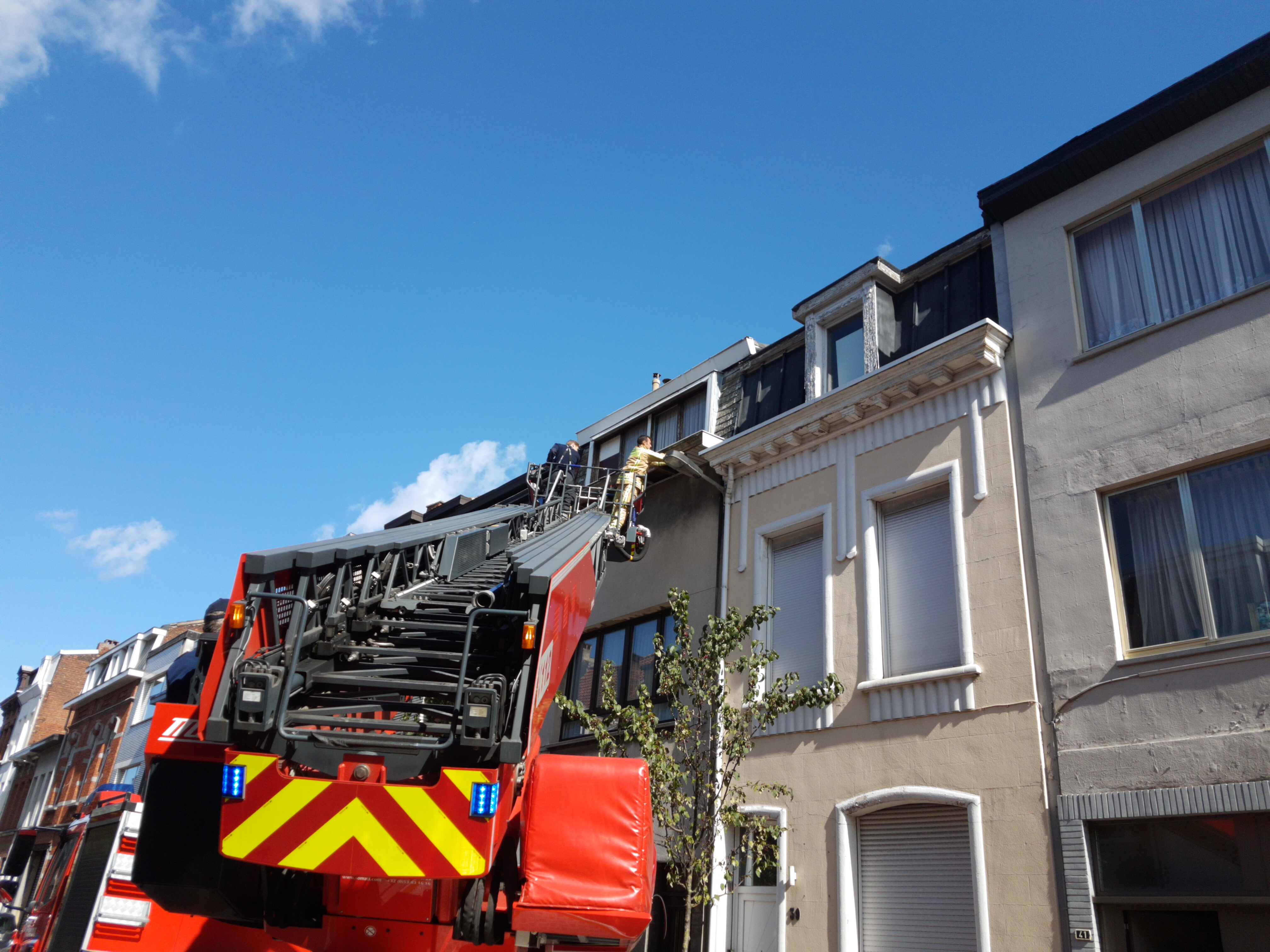 EDIT : This picture isn’t edited or processed in any way. The camera was on “auto” settings and this is what I got.

Have you tried making calls on speakerphone yet? A friend of mine has an M8 on Lineage and his mic is picking up the speakers. The stock ROM filtered that out, but Lineage is giving him an echo.

Thanks @CaptainChaos for posting that. I also have an S7 and although I got the international unlocked version I am increasingly less impressed with Google or Samsung with regard to their support. Plus there are still things that Samsung does not allow me to get rid of which is egregious IMO, and I have been aware of these encroachments on devices since I got my first smartphone (an HTC that didn’t have any bloatware on it… oh those were the days!).

I have not encrypted the phone (wanted updates to be easy) but still have to download from site, reboot into recovery and install manually as well- so encryption here I come (still afraid of performance issues but it needs to be done).

I feel I’m out of the ROM game but mod friendly brands will likely get my business. Moto and Sony seem to be the most friendly so far, having posted their source code and Sony going one step further and even making tutorials on how to compile from source. Getting security updates before Pixels do, its just amazing. Also keeping my phone running past it’s prime is also awesome. I was dead set on getting a V30, but now I’m going to keep rocking the G3 until I see some major progress past typical incremental gains each year.

Yeah, I know the feeling. My first smartphone was an HTC Desire, then a Desire S, One X+, One M8, now the S7 (because The Galaxy phones have much longer unofficial ROM support and HTC stopped making good phones).
Every year Android got worse and the phones had more bloatware.

On the S7 I simply went into the developer options and unlocked the bootloader. Then I installed the Samsung drivers on my PC, downloaded Odin (Samsung’s flashing tool), the TWRP bootloader and the ROM.
From then on it was pretty easy. I merely followed the instructions in the online guide and 10 minutes later the phone was running Lineage.
Seeing as you’re using a flashing tool that was made by Samsung themselves, the chance of bricking is close to zero.

Good thing that you have the international version, in the US they have a different CPU and the rooting/flashing tools don’t work with that one.

@Token : No need to worry about performance issues. Mine takes 20 extra seconds to boot (plus the time needed to enter the encryption’s unlock password/PIN), afterwards I really don’t notice that I’m running an encrypted phone.

I’m not bothering too much with ROMs either. I settled on CyanogenMod BITD because they were pretty good, and currently I’m sticking with Lineage. Seeing as the Galaxy S2 is still supported on Lineage, I can only recommend the S6 or S7. Those will be good for at least 5 more years.

The first time will be scary and frustrating and will probably take a long time, but you’ll wonder why you didn’t do it sooner. For some people, this is the only way they can regain full functionality of their phone.

Get yourself an older nexus device to explore custom roms on. They’re pretty hard to brick (youd have to be trying to brick it really) and will teach you the basics of doing these things. Once you understand how to do it on a nexus you can move up to more complicated locked down phones.

On the S7 I simply went into the developer options and unlocked the bootloader.

Seriously, it was that simple?! Why can’t they all be like that?

Seriously, it was that simple?! 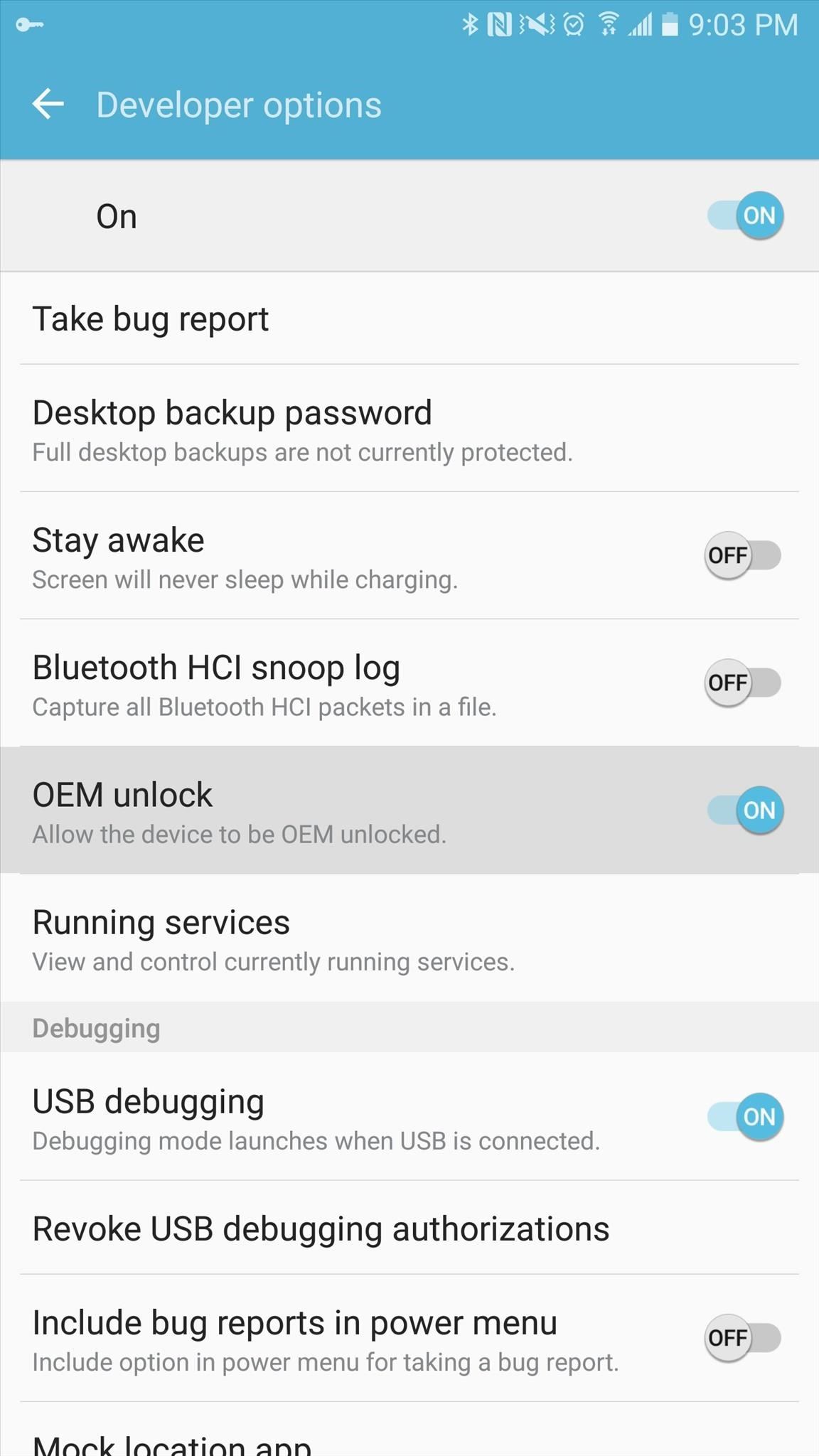 Pretty much. I flipped that switch to the “on” position and didn’t encounter anything that stopped me from flashing the recovery and ROM.

No, that’s a proprietary technology.
In fact it isn’t even clear if it will ever work again if you re-flash the stock firmware after you rooted the phone and/or flashed a new recovery/ROM. So assume that it’ll never work again if you take that step.
I’m even reading conflicting reports regarding the regular Android Pay.

Had to find that ability first! What a bizarre way to turn on developer options. Like it’s an easter egg.

Ah, yes indeed. I reckon they didn’t want to give the average user access to those kinds of options.
That being said, access to the the developer options has always been hidden in the same place. Works on any device, on any version of Android (oldest version I used it on myself was 2.2)

If you’ve taken that step, I assume you’re planning on flashing yours. Be sure to re-enable the developer settings afterwards, you can change your phone’s name there to make it more recognizable in the network.
“Steinwerks-S7” is much easier to identify than “android-1234ab5c67de890f”

Yes, I think I will try this. I am becoming less and less enamored with what my phone is doing with every update, and getting hounded by the OS for features I explicitly do not want to use (New Advanced Messaging Options! So we can track your texts! No thanks.).

I used Odin to flash the TWRP recovery on mine, then used the recovery to flash the ROM. If you find a guide that uses those 2, you basically can’t go wrong.

One thing worth noting : if you flash the TWRP recovery, the default ROM will not boot anymore. So be sure that you have the Lineage .zip on your MicroSD card already or have the necessary adapters to connect the MicroSD card directly to your PC.

If you plan to use Google apps, you’ll need one of the packages from OpenGapps (link to official site)
For the S7 that’ll be ARM64, Android 7.1 and then you can decide for yourself how much Google you want in your life.
The “pico” package will only install the usual hidden Google spyware and the Play Store. You can then install Gmail etc via the Play Store.

OpenGapps is not required, so if you’re worried about tracking and spying you may want to consider a Google-free phone. You can always boot into the recovery and flash the OpenGapps package later on.

On my own (Google-free) phone I use fdroid.org as my app store. All the apps there are free and open-source, with clear warnings when there’s tracking, ads, closed-source upstream code etc. Just go to the url, download the APK, allow installation of 3rd party “insecure” apps, open f-droid so it can update its repositories and you should be good to go.
I use OsmAnd as a Maps replacement. It’s not as slick as Maps in terms of UI, but does the job just fine.
You can get Firefox at Mozilla’s own site.
If I really need something that’s only available in the Play Store, I tend to use an APK downloader on my PC and then sideload the apk file on the phone. But I try to do that as little as possible because you never know what’s hidden in those Play Store apps.

I agree, F-Droid is a great repository of essential app alternatives. If you really need something not available there, you could always use Xprivacy to lock it down. (Not for the faint of heart, extremely high learning curve.)

Boy I wish I could put lineage on my phone :T