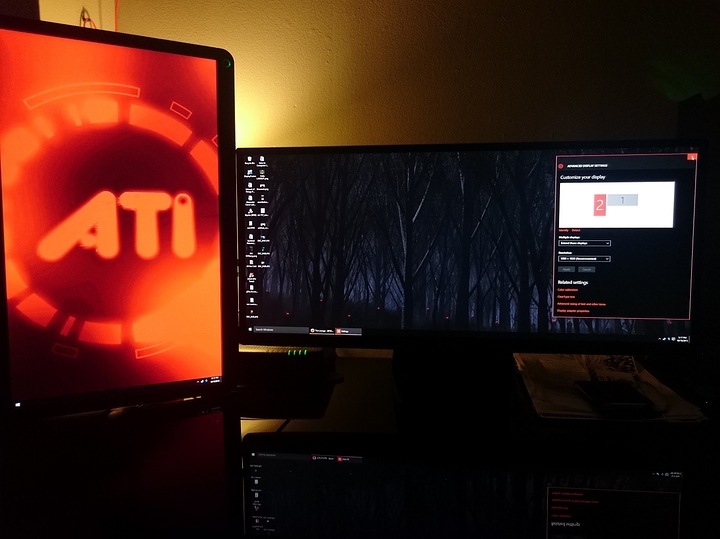 The Specs are as follows..

The Monitor has Freesync support right out the Wazoo. however you need to enable it on the monitor AND on Catalyst Control Center.. 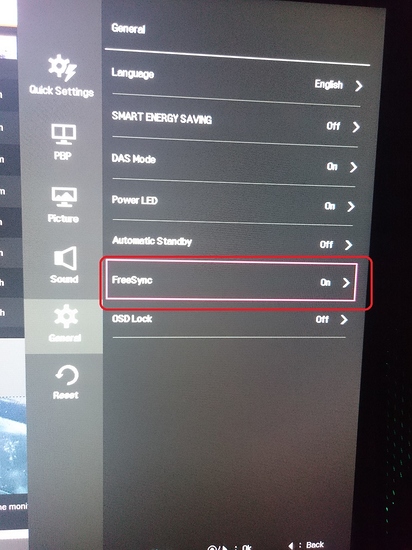 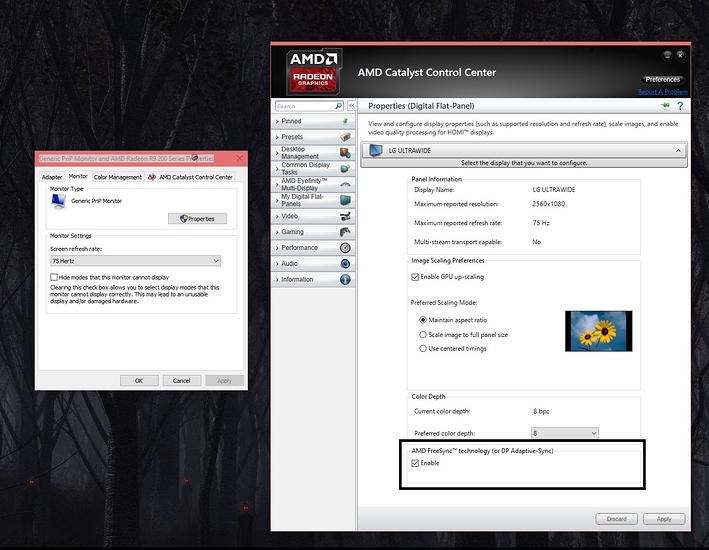 This Monitor has terrible black light bleed.. like it's very noticeable.. don't know if this an issue for you guys.. but it's there.. not enough that it's annoying. but if you're looking at a pitch black picture you'll definitely see it. 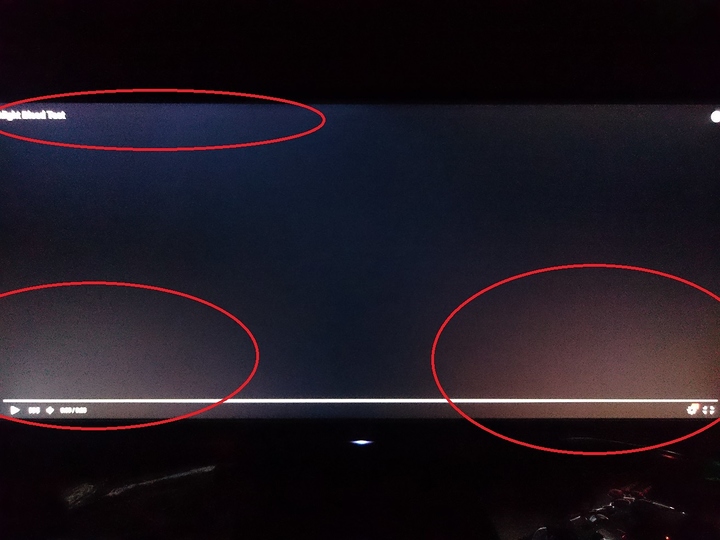 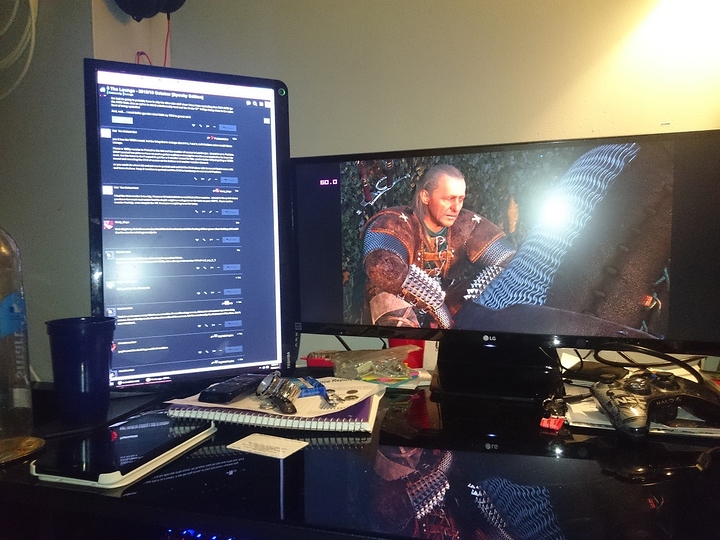 The games work with the resolution but for most of these games during the cutscenes it displays them in 1080p 16:9. but gameplay it's all in the 21:9 Goodness.

As for the pictures it won't let me display them at their original resolution on the forum cause it's over 700kb. but you can see it works fine.

Now for the Pro's and Cons of this Monitor..

-21:9 Ultrawide Ratio. The screen real-estate is really good. especially for the work and play
- 75 Hertz Refresh Rate. (Anything is better than 60
- FREESYNC
- It has VESA mounting support 100x100. if you want to mount it. you have the option..
- Gaming is Awesome if the game supports the resolution. which I believe alot of modern titles do now-a-days..

So do I recommend this Monitor? Well Depends who you are as a user really.

If you need something for Work and play. 21:9 is definitely the way to go, without question.. you definitely need a FreeSync Supported card which as of now is the 285, the 290, the 290x, the 260x and all of the 300 series cards.. As for the low Range on Freesync. I recommend you play around with the filters so you can stay in that 50 to 75 ish FPS range. and just turn go on Catalyst Control Center and just set the FPS Targe to 75 FPS. it doesn't pass the Range without the need for V-Sync. if you're looking for 21:9 but want all the goodness for cheap. this is the monitor to go to. $299 is a definite steal.

Cool review i was looking at this aswell exaly.

According to the backlight bleed, this is indeed a issue with allot of ips monitors as far as i have seen.
Still it does not botter me that much.
The richness of the colors, and the great viewing angle´s from ips in general, makes that all good for me.

I realy like this monitor with a high quality ips panel + free sync for just $300,-.
You cannot realy complain imo.

p.s i didnt knew that Sonic games where availeble for pc?

p.s i didnt knew that Sonic games where availeble for pc?

Oh they are.. but you're going to need a controller. don't bother using the keyboard. lol 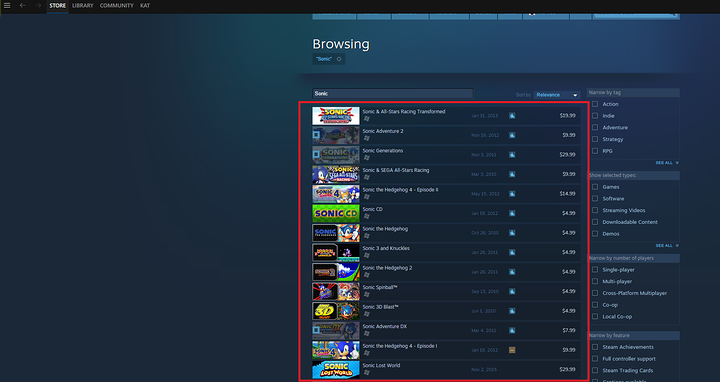 I realy like this monitor, but i probably going to need the 34inch version to match the hight of my 27inch ips monitor.

the thing with the 34 inch monitor it's like $600. I don't know how much it is in the netherlands but it's pretty pricey over here.

i don't know how much it is in the netherlands but it's pretty pricey over here.

Dealzon I believe had a sale on it. but unfortunately for me, I bought the 29 inch monitor and it was already shipped. so i couldn't really change it and pick the 34 inch model but he found it for $400. which is insane.

yes thats kinda insane.
I realy like the idea of having one ultra wide monitor in the midle and 2 normal 27 inches on the sides.

I might do that in the future. I enjoy the real estate. but the problem is It would require that I put my PC on the floor. and sadly my floor get's dusty pretty quickly. Luckily I bought filters for my case. but if i get a third monitor the PC would have to go on the floor. right now it's on my desk with the monitors.

Oh and I forgot to mention, I just remembered. if you really want to take advantage of Freesync (If you do pick up a Freesync Monitor) just go into Catalyst Control Center and just set the frame-rate target to 75. your GPU won't go above it. without the need of V-Sync.

Cool monitor but for $300 bucks I'd personally sway towards a 1440p panel and turn down settings if need be to achieve 60fps.

It's really amazing. like REALLY amazing.. i mentioned it has it flaws but they aren't like people are making it out to be. there are ways to circumvent the issues as i mentioned on this thread.

fiddle with the graphic filters in the game so your FPS is high or at least relatively smooth. then go into catalyst control center and set the frame-rate target to the refresh-rate of the monitor. your FPS won't go above the 75 hertz range. and you don't need V-Sync on. 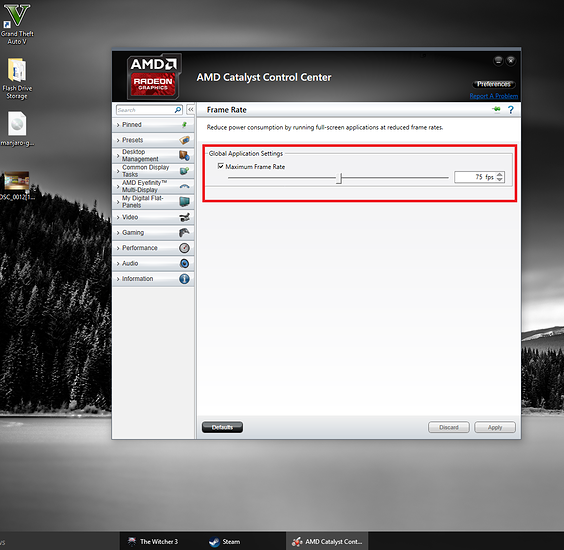 One extra question...
Now, that you have seen Freesync in action, would you go for 16:9 freesync for gaming and a second 16:9 for content, or you would go for 21:9 freesync, no matter what if you have the choice?
I am facing that dilemma at the moment...

eh honestly I enjoy 21:9 so i'm going to have a difficult time adjusting back to 16:9. BUT as for the workflow thing. the 21:9 is the monitor i use for work. and the old monitor I was using, is now being used in portrait mode for typing up work, browsing the forums, and or watching youtube content whilst gaming.

So to answer your question the 21:9 is excellent for work and play. and i do recommend a second monitor in portrait and or in landscape if you need to keep everything available on your workspace. but do i recommend two monitors in general? absolutely. I don't think i could just stick with the 21:9 by itself. that's why it's my main monitor and the old one i'm using is for all the extraneous stuff. in other words if you pick up this monitor. use don't stop using your old monitor. use them both. your workflow and productivity will thank you.

Thank you :) I needed some feedback on freesync and 21:9 in general...

your workflow and productivity will thank you.

My wallet will not... If i am going for this one i will have to sell my current one. Just can't afford it otherwise...

if that's the case then i would probably consider a cheaper option. but Freesync is definitely worth it.

this monitor is IPS and sharp and vibrant as hell.