Level1 News September 10 2019: Who Steals From A Cable Under The Sea? | Level One Techs

This is a companion discussion topic for the original entry at https://level1techs.com/video/level1-news-september-10-2019-who-steals-cable-under-sea
alextulu September 10, 2019, 12:16pm #2

If you can’t see the number of likes, then the other use case is when you go to somebody’s profile page you can see everything that he/she liked (if enabled in privacy settings).

Zuck is so slippery, ( HOW SLIPPERY IS HE? ) he has told many bold faced lies to the public and gotten away with it; due to wording in contracts and EULAs, and having people in his pocket, and concerns over the instability of the ad bubble. He once said that Facebook “doesn’t sell user data” and got away with it. I guess the out was “that’s our data; users don’t tend to collect data”. It’s pretty much that fucking ridiculous.

Some people aren’t put into general population because of certain skills. There was no way that Mitnick would have wound up in GP; for instance. Considering the power of commissary, Zuck could be a problem… especially if he’s not afraid to get beat up once.

The funny thing about Facebook removing like counts is how many people are going to lose their shit if it happens. It’s not just going to be the like addicts either. It’s also going to be the people who have built models that require it. They may have released that information to get some intuition of what will happen. I’m pretty confident in a shit storm.

Facebook has concentrated solely on their own monetization; and has never really considered promoting user monetization. They’ve even found ways to make money off users who used “Facebook exposure” to monetize themselves. They appear to have little to no understanding of feedback loops.

Let’s put a sociopath in a leading role in social media. What could possibly go wrong? We can fix it… right? … right? 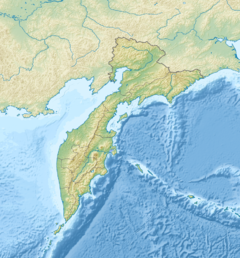