This is a companion discussion topic for the original entry at https://level1techs.com/video/level1-news-october-3-2017-our-ico-insipid-cognitive-outflow
GFX_Garage October 3, 2017, 9:59am #2

Regarding curing “birth defects” and “handicaps”:

It gets more interesting when considering the competitive value of struggle; and how dependence upon technology could be fatal under crises. I’d like to think that a certain level of Utopian bliss is achievable; however, the logistics aren’t so clear. It’s not even clear that people desire an end to suffering. It’s also not clear what suffering actually is. Now I’m not referencing disease or physical and mental conditions; but normative suffering. For instance, how much of it is based upon actual conditions of having some experience of unease; and how much is just perceptual? What is the degree that Qualia plays in the mind of the observer?

All lifeforms that we know of are suited to evolutionary conditions. Could a life lacking natural struggles be less fulfilling; and create a form of suffering as well. How will the lives of the Negative Utilitarians be effected by the fact that they are no longer useful?

About comms to Mars:

Why does Australia need a space program? …

The same reason it needs an anti-terrorist program. Waste a lot of money and bring the public together with bs that goes no where.

I have to say that these are the most unique news topics.

By the way, Chicago also has facial recognition technology and cameras spread out all over the city. As well as other cool gear.

27:02 “You will respect my authority. I don´t care if your networth is more than that of my entire country. You will do as I say because I am the law.”

The way I understand the quote above is, that the law should be built to gurantee maximum profit to businesses. I disagree with that. The law should be made to make the world a fair place.

Correct me if I am wrong please.

Simply expressing my repulsion to bureaucrats censoring anything under the color of law. When it comes to socialists and Facebook I’m not sure who is worse, I certainly wouldn’t advocate for one over the other, but petty people exercising power is always a bad display.

The no-bid contract was issued last week, as the company continued facing fallout from its massive security breach.

Another TOO BIG TO FAIL, huh?

RE: Star Trek, did anybody happen to notice that the science officer is a mycologist named “Lt. Paul Stamets” ?
https://en.wikipedia.org/wiki/Paul_Stamets 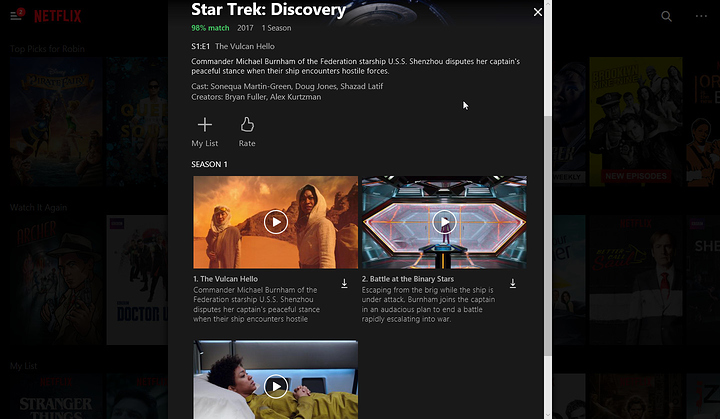 When I heard you guys talk about over the air tv channels, I couldn’t help but post something helpful. This works for both analog and digital channels, and it’s way better than the digital amplified antennas you can spend hundreds on at the stores.
Buy a length of 75 ohm tv coaxial cable that will go from the back of your tv and up the nearest wall towards the ceiling. Usually about 6 feet will do just fine, and the cheap white cables look way better on most walls.
Buy or find 6 feet of speaker wire, or anything similar. It doesn’t have to be stranded, but if you use solid wire try to find something 14 to 12 guage. I’ve even used steel bailing wire before in a pinch and it worked fine.
Cut one end off the coaxial cable, seperate the shielding and twist it into a solid wire about an inch long.
Cut the inner sleeve aroung the core wire with a razor or pocketknife exposing about a 1/2 inch of wire. Make sure to leave enough of the core insulator to keep the braided shield wire and the core wire seperated with no contact.
Break out a soldering iron. Cut your antenna wire into two 3 foot pieces. Flux and tin the shield wire and the core wire, and it helps to do the same to one end of both antenna wires. Solder one wire to the coax core, and one to the shield wire. You can twist them in a pinch, but soldering is better. I have done this with a candle and a twisted paperclip before.
Use tape, hot glue, whatever, to fix the wires at the coax junction separated in a “T” pattern.
Screw the coax into the back of your tv, and tack it up the wall near the ceiling. Twist a small loop at the end of both antenna wires and tack them up going in opposite directions at roughly 90 degree angles from the main coax to the tv.
I’ve also done this without destroying the coax by sandpapering a small spot on the outside nut and soldering one wire directly to the nut, and just soldering the other wire to the exposed core wire.
This is a rough dipole antenna and it is relatively directional, so move it around to find the best spot, like above a window, or on a wal with little plumbing and wiring in it. Turn on your tv and watch the reception bars jump to 100 percent.
Digital antennas are a scam. I got 1080p reception on digital signals, and when I got cable later, the cable company had those very same channels in 720p.

After having watched 3 episodes of ST:Discovery and 4 of The Orville, I have to say I like The Orville better. I don’t mind that it is more serialized than previous ST series, but thus far, it is rather dark. I wasn’t a huge fan of DS9 and the later seasons of ENT for that same reason. Also, the writers are also going to have to do a lot of retcon-ing to have this align with established canon, which i don’t care for.
I will watch it all eventually, but for me, it’s not worth it to continue paying for a subscription for the one show that I’d watch on the platform. Once all the episodes are released for the season, I might do it again for a single month and binge watch the rest of the season. Hopefully, they’ve licensed it such that the entire season will just show up in US Netflix once the season has ended so that I don’t have to purchase CBS all-access again.