Good, some news to keep me awake til dawn.

Tesla needs to get their shit together.

With banks and less than legal transactions, it’s pretty much done to keep money in circulation. There is so much illegal money running around, there would be a huge shortage of currency. Single banks have been caught laundering hundreds of billions in a single year.

The spread of illegal money into the economy is referred to as “the spreading of the disease”. You may remember the term from Queensryche’s Operation Mindcrime rock opera. It’s been a huge problem for a long time. It’s also an extremely interesting one.

Laundering makes banks very very rich. Imagine buying hundreds of billions for pennies on the dollar. All you have to do is fudge some documentation. The bad part about it is that they kind of have to do it; for the sake of liquidity in the economy.

The loot crate excuse is so incredibly disingenuous is sickening. The real reason that they didn’t want to go with cosmetic micro-transactions is because it’s infinitely more difficult to coerce large numbers of people to buy them. Breaking cannon… pfft!

Impressive how you recorded that episode again entirely and didn’t complain a single time while doing it.

the interesting thing wrt cambridge analytica / facebook story is what the fallout will be of the EU commission’s investigation. If they force facebook to add privacy settings that allow user blocking access to their profiles via the 3rd-party API/apps, facebook’s revenue model going forward is going to take a huge hit.

OH NO NOT THEIR REVENUE MODEL!

My point isn’t that we should cry and feel sorry for them, but watch for the consequences, because they will want to continue making money off the (meta)data ‘we’ provide them with.

They can still sell ads tho, and ads are a huge industry. Although the ads may be less targeted to users depending on if facebook applies privacy settings, and that may move some ad agencies to go elsewhere where they can target their ad for a specific customer.

@ryan a bit off with that power outage calculation

Something else that I felt needs adding is that semiconductor manufacture, particularly V-NAND is a complex long multi step process.
If something goes wrong at any step of the process the entire manufacturing run is scrap. If this happens late in the production run it’s even worse. Since you’ve spent a lot of time for something that is now dead.
For instance if you where half way through lithographic processes or sputtering and so forth you can’t just restart them if they stop. It’s toast at that point because these are such delicate processes.

Misleading headline is misleading. Global/vs samsung in this case I think is a bit misleading.

The report claims that the outage damaged 50,000 to 60,000 of wafers with V-NAND flash memory, which represent 11% of Samsung’s monthly output. The report further estimates that the said amount equates to approximately 3.5% of global NAND output, but does not elaborate whether it means wafer output or bit output.

Nvidia : The Republic of Gamers
AMD : The Democracy of Gamers

Also good point that Nvidia could use this videocard shortage to gain some leverage over manufacturers in an attempt to have more pull in the future.

How I read it in another article was that those 3,5% (or 4%, depending on the source) are still monthly though.

They based that on an expected supply of 1.5 Million wafers for march, with about 50,000 to 60,000 (again, depending on the source) wafers destroyed, which would equate to the mentioned 3.5% mentioned, for march.

Ryan was still talking about 365 days in a year though

Just a nitpick in the end though, I guess you were tired anyway due to double recording

When it comes to the phishing shit… for my company we have a generic contact us page on the website where customers can submit questions, comments, etc. At least once a week… I get messages from a customer to change their credit card… with full CC, CVV and expiration date in the message. 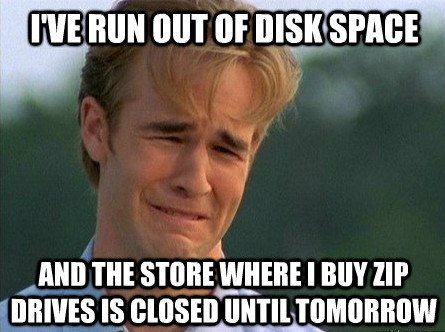 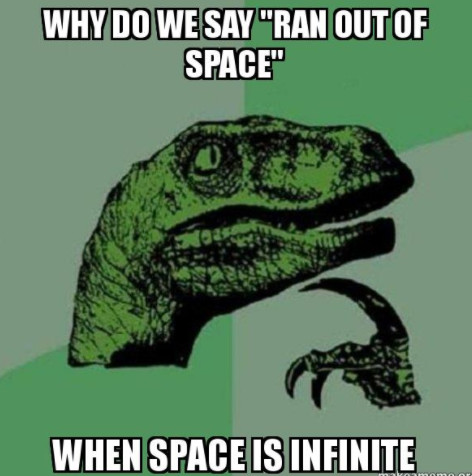 Why is the capture system using local storage?
Why not use network storage from that large NAS you guys built ?

Obs is not forgiving of transient network conditions e.g. reduced bandwidth. We are only recording at like 200 megabit but still.