16:15 - The Hagglebot sounds annoying. Could you image trading channels on facebook being overrun by haggle bots just fighting with each other? It could be a battle of whoever has the best software.

As for Atari, Hyperkin revealed the Retron 77 console at this year's E3, but is confirmed not to be the new Atari console...

There is some speculation that Atari may not release a NES Mini styled system, because there are already a few officially licensed ones on the market. Like the Atari Flashback systems. Some say it may be am ARM/ Android based thing...

The data showing that Netflix has more users isnt accounting for bundle users.

ohh good deal, lets do that

Having put some time into Hulu itself in the early years, cable was dead at the point someone figured out the way to deliver content on demand. The world has very slowly been offended enough by being told what to/when to do it/ you get raped by the price. Business model. As an adult,, I can no longer consume media content in such a manner.

Wendell was trying to recall the scene in Willy Wonka when Verruca Salt fell into the Good egg/Bad egg detector while reporting on the Dubai Biometric scanning tunnel.

When he started talking about cows, my mind went to a far darker scenario.

"Tenants move along the corridor on a conveyor belt in extreme comfort towards the rotating knives."

@wendell When you explained the industroyer to the average person. your analogy about fluffy and the space trebuchet had me laughing my head of. Thats the kind of humor that makes the news digestable

@ryan stop triggering Ukrainians with 'The' we have enough of that.

I was triggered for 60+ minutes

Hey Wendell,
I love the Channels. Could you do like a Rant 30 to explain a little deeper your reasoning behind your thoughts on Mac's security being equal to Windows XP. I'm curious to hear your thoughts in greater detail.

About Samsung forgetting to renew a domain.

The article says, that the domain was used to push apps on phones

As far as I know, apps are supposed to be digitally signed, so you can't just push malicious apps.

The dev at microsoft ranting about SMB1 all the time is actually the program manager for it too, so it was likely his decision to remove it, and after wannacry was a good time to because he would get very little pushback on it from the execs.

So true but also stolen certs the last few years and such.

That mirror on the moon got me remembering. One of my old friends' dad has a 4.5m in diameter receiver dish in his back yard he's mounted on the spin motor of a windmill. He's used it to receive the echo of a radio wave signal he has sent himself (some other wavelength than visible light, at least). I don't think he used said mirror though, just the surface of the moon. He mentioned he was looking to do it with a much lower wattage than what has been done before, looking to go into the Guinness book of world records. I should call him up and ask how the project is going.

@wendell may find this interesting.
On the news he referred to members whose modem / routers have 5 year old firmware with serious vulnerabilities and they are locked out from doing their own updates. He might have been talking about a thread I was in.

That was then this is now.
I have been trying to update my new modem for a month. I can't find the file anywhere. The news is making me paranoid. Now I think the NSA are the only ones able to d/l firmware updates and my ISP can only get their updates from the NSA. 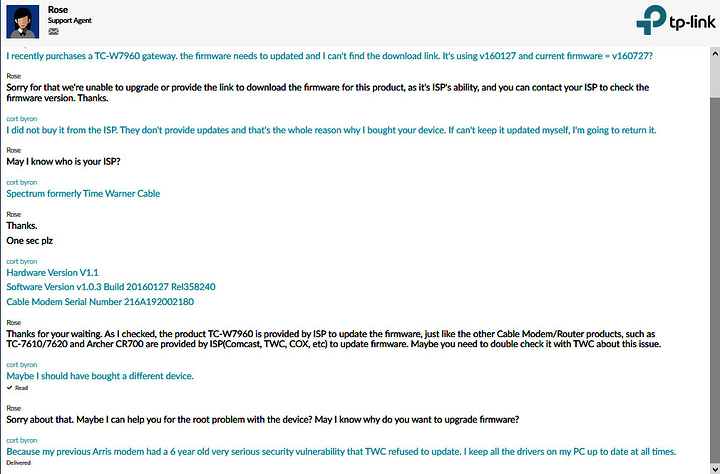 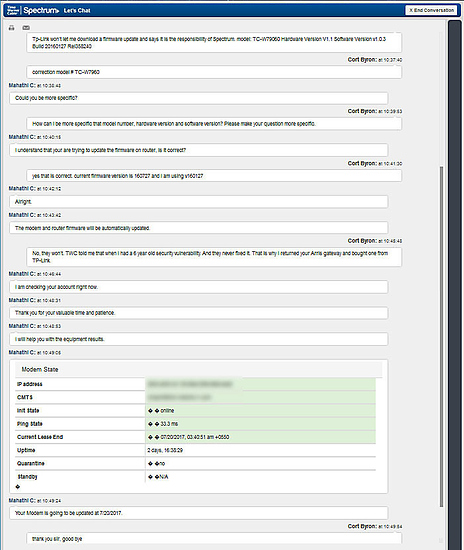 I was polite enough not to say...
'I don't want anything to do with ISP provided firmware. That's the whole point.'
Who want's to wager if I will get the proper firmware update on 7/20/2017?

I foresee a return trip to Micro Center in his future.

one tab is awesome

There is some speculation that Atari may not release a NES Mini styled system,

They all ready released a "vault" of games in a pack on steam and that seems to be what they want to do instead of hardware.

I would have demanded them to elevate me to a level of support that actually knows something.

Just to be a pain in the ass.

a level of support