This is a companion discussion topic for the original entry at https://level1techs.com/video/level1-news-february-27-2018-spend-crypto-obtain-barbie-dreamhouse-part-1
1 Like
misterk81 February 27, 2018, 7:04am #2

I’m OK with two half an hour episodes a week. Youtubes algorithms are hurting a lot of bigger channels. A+ Title!

Saved me a half hour of sleep tonight, a-okay with the new format

I am okay with 2 half-hour ones as well. But I would be concerned about catering the 2nd half towards news that doesn’t age quickly. I know corrections have always been at the start of the news, but it would make it easier to split the blocks.

And I would do a Monday/Wednesday split. Any further and it really is stale, due to the reporting revolving around the unbeatable Last Week Tonight with John Oliver Format. Where your weekly news gets summed up and does something batshit crazy at the end of one and 3 episodes.

Like instead of creating a fake actor and having him wear a black leather suit with a bucket head on him, he found the real guy, talked to him, convinced him to fly to NY to have him appear on the show for shits and giggles. May I present to you:

This turd has taken as much polish as physical law permits. Now fiduciary responsibility to investors means undercutting monetized patrons, favoring physically attractive idiots that promote consumerist values (buying stuff), sensoring dissent through coercive de-monitization etc. etc. They are in essence putting their failures (their poor choice in a business model mainly) on you. They expect you to use your channel to sell stuff for those who monetize them. That’s their model; and I’m pretty confident that most youtubers won’t go for it. You know, the whole “selling your soul” thing.

It probably just gets worse from here. An exit strategy is probably a good idea. L1 News is in a particularly awkward position being a tech news outlet that isn’t afraid to tell it like it is.

I’m pretty sure that he doesn’t care if his rhetoric stands to reason or even makes sense. He seems to just want to avoid the obstacles by appealing to the concerns of people who can vote. He says he is for the 2nd Amendment though his stance on encryption disagrees with it. Encryption is a weapon against the illegal search that occurs on a daily basis (tyranny) by the three letter administrations. The social engineering that is occurring in congress has pretty much gotten around the relevance of small arms.

His responses have consistently been “look a squirrel”. Of course, he’s far from the only politician that does that.

I think they are trying to become a major competitor to Google Drive and Windows Live. I think that they are trying to put themselves in a position to be bought out or merged. It’s a stupid idea; but that doesn’t really mean anything. It’s just what can be expected from a big private company in their position. It’s just how the dogma unfolds.

This change is wholeheartedly welcome : D 1 full hour was too much for me anyway. Plus that way you get people back that checked out after the half hour mark.

It seems to be an unpopular opinion, but I liked the old format and I usually watched it all and rarely used the timestamps. But I guess I am one of the few people who did.

What an abrupt cut off… something to work on. I guess it left me wanting more after being use to the long format… Not sure how I feel about that

Same here. But I’ll give the new style a chance.

Also there are a lot of other things that people should be bothered about and the format of a youtube video is not one of them.

I liked the old format better aswell. Now I have to search for videos in my subscriptions…

I prefer the long format, but it simply compelled me to support on patron. From what I have seen it did the same to others too.

The whole idea of breaking the video up is to not put it behind a pay wall it’s to try and level the playing field .
Level1techs don’t use ridiculous thumbnails or do crazy useless things to spice up a video and detract from its original purpose. I think we should all be thankful for that. So we should give them this one and see if helps them.

Once splitting the show up into parts is perfected I think it will be better received. The ending at the half hour mark was a bit janky this time around. 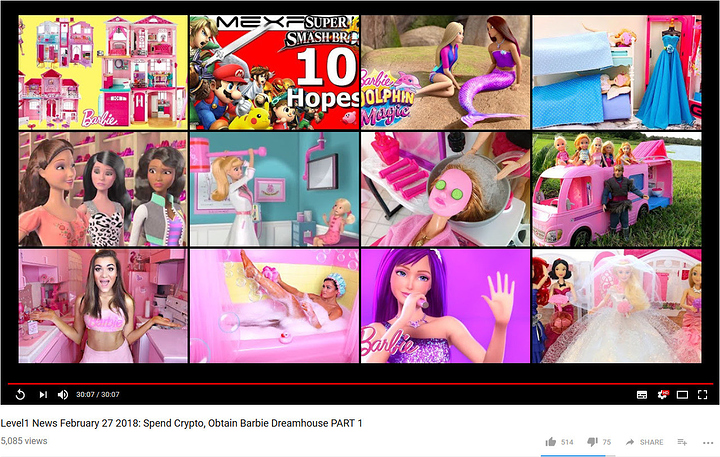 I don’t think splitting the videos in half will help a lot. How long do i have to wait for the 2nd half?
You have nearly 200 000 subscribers but only 10 to 15% of those people are actively watching the videos. When you subscribed to a channel you get a notification when new video comes out. So either 85% of all those accounts are abandoned or people simply don’t care about your videos anymore.

I think its about the reaching people who are not subscribers yet as Youtube algorithm prefers more regular video releases over bunch of videos in a short period of time.

I don’t think splitting the videos in half will help a lot.

MightyJingles said in an episode of mingles with jingles that arround 80% of the viewers switch off after 5 minutes, that would be about one topic covered.
My attention span is a lot longer than 5 minutes, would say 40 minutes on a bad day.

We have had enough different people send us screenshots of their sub boxes hours and days after posting videos that we at least want to do the experiment. We did one week with 4 videos a few weeks back and total views were way up. We wonder what the numbers will be at 6 videos a week which is what we are now aiming for.

Also, the RSS feed was directly responsible for driving thousands of views it broke on a Tuesday but was fixed on a Wednesday and the missing views showed up a day later on yt. The podcast format is running at about 8k downloads a week before it broke.

It’s some really interesting stuff behind the scenes. Yt of course favors short vapid nonsense but we actually don’t care if we are never huge… we just want to reach the minority that has to see the vapid nonsense the way we do…we hope.

At the end, you will end up with less views. Wait and see.