At least the Australians are a bit more realistic in their terms. A side gate is way less secure than a backdoor which may have locks and full frames. You can jump a gate. 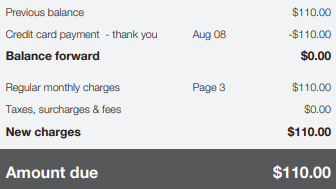 Where do I put my confused/outraged hands?!

LMAO well that doesn’t look too bad. But check some older bills.

Then weirdness on the next bill

“This is the Nazi camp level of experimentation” ~ Ryan

Not being able to do business with Venezuela is a really bad nationalistic policy. For instance, Venezuelan oil could be gotten really cheaply with a little help from american oil companies. Since the oil companies would be partnering in extracting it, they would have a claim on the product. This is clearly nationalism at it’s worst; considering that the US uses more energy (by a wide margin) than any other country in the world. The fact that Venezuela is a socialist state only supports the suggestion of nationalist policy; even though the US has tended to loot rising democracies in that part of the world.

This is kind of a funny time for such legislation. It’s probably more of a consequence of destabilized economies in the west than it is a concern about how long a piece of technology should last in modern times.

This is a difficult thing to reduce because of many side effects of accelerating advancement. Financial difficulties tend to have a negative effect on advancement because R&D is rather expensive. If economies were in a state where growth was likely for a decade or two, this really wouldn’t be a problem because expedient obsolescence would just occur naturally in the market place. People would be buying the devices because of features and the fact that they could afford them.

This is of course a policy that could be pretty destructive following a serious crisis that allows an economy to grow again. Since these are coming more frequently; (say about every couple of decades right now) and increasing frequency at an exponential rate. This could have the effect of undercutting technology companies to a significant degree. This is probably a large problem as the 2020s and 30s are likely to be plagued with financial crises.

The good news is, those who only work from time frames that correlate with election cycles are going to start seeing this effect, in their frame of reference, in the coming decades… maybe by the late 2030s or early 2040s. It’s difficult to imagine a financial crisis every two to four years but that is what the trends are suggesting.

The main difference is in the method. Ray tracing is an actual simulation of light and shadow from the light sources in the virtual space. Rasterization approximates it with efficient short cuts. For instance, in earlier games lighting was not dynamic. Light maps were rendered onto the map before hand and were loaded as an asset. The thing about ray tracing is that in game it’s expected to be real time simulation. This makes it extremely hardware intensive. I suspect, considering map economics as it is today, with respect to poly count, texture resolution and bounding physics, that real time simulation wouldn’t likely be a thing until consumer electronics can produce what is needed. This is probably going to be hyped for several years before you can get a game that is coded for it in it’s map making software. Of course plugins for software like MAX and Maya which both support ray tracing are already a part of the process; but it will likely be funded by the gamer, and consumer electronics are pretty far behind what is required for it.

It’s been interesting to say the least. There has tended to be a huge issue in the approximation of democranomics in the business model. People have been saying things like “it’s not the miner’s fault” and such but they are the instrumental majority in that model. That’s a fact. Most of what has happened is directly related to what is a boon for the miner. The problems with cryptocurrency have little to do with the intrinsic value in the current economic ethos. These are systemic issues created by those who believe in democranomics; against all available evidence.

Not sure if this was serious or not but…

On January 9, 2017, Atlassian announced its intent to acquire Trello for $425 million. The transaction was made with $360 million in cash, while the remaining $65 million was made with shares and options.

You’re a little late to the party @wendell

If 1 USD = 6,670,079 VEF then this is the best time to go to Venezuela for holiday.
You could afford the most expensive holtels, cars, or maybe not.

However this is not what i seeing on Xe.com According to this site 1 USD is worth only 9.99 VEF.