This is a companion discussion topic for the original entry at https://level1techs.com/video/level1-news-april-11-2018-hardest-working-man-corruption
misterk81 April 11, 2018, 5:06am #2

The extended weekly news format is worth it for the video titles alone.

I’m pretty sure it’s all of them. The FDA is infiltrated with ex reps from food and drug companies. The EPA has a very mild opinion on climate change and fracking and such. Conflict of interest is daily business at the Supreme Court that has a member (Justice Clarence Thomas) that was once a Monsanto attorney. He has always ruled in favor of Monsanto by the way… every time. 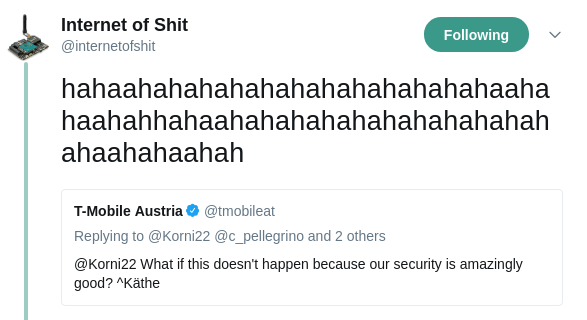 That reminds me of an incident with a young man named Weave.

I don’t understand how the US is so behind with debit/credit cards.

In the UK at least, you activate your new card using an ATM. No chip, no activation.

Worst thing that can happen here is you card gets cloned at an ATM or payment terminal, or your stolen card gets used to pay using contact-less, but that’s limited to £30/transaction.

For the governments jumping on the net neutrality bandwagon… I don’t think it’s just them jumping on the bandwagon to be honest.
I mean, I guess it’s also to protect themselves. Imagine what would happen if the ISPs were to block all government related traffic (should be easy to do because they know who their customers are…). And the government pretty much can’t run without internet anymore, so they could basically charge whatever they want and hold the government hostage if you will.

I mean Netflix not working is one thing, government not working could be problematic in the long run.

But, still probably also publicity bandwagon. 2 fishes on a lure and such.

As for the cloud act problem. This is really an international problem I think and I wonder what’ll happen. Because by now you know that the EU has pretty strict privacy laws. On the one hand they are obliged by US law, but on the other hand they are breaking EU law by complying. So either way they loose, the matter is just what they choose in the end and what is best for the bottom line.

How come the affected country (here Ireland) doesn’t have a say in this… We really need something that can decide on those international matters.

I’m not sure, but in Germany Microsoft might be able to get around this. Microsoft Germany actually rented server-space from a German company (German Telekom, T-Systems, whatever you wanna call it), and just hosts their data there. Does the cloud act still apply here? Because that data is technically not hosted by Microsoft. And Telekom obviously doesn’t give a shit about US law… so… idk?

An update on the story with google and the "right to be forgotten: http://www.bbc.com/news/technology-43752344

A businessman fighting for the “right to be forgotten” has won a UK High Court action against Google.

EDIT: Google lost one. Won another.

They won one and lost one actually?

Welp, too eager there. Updated.