Received my dual displayport KVM recently; just installed yesterday. Overall, this is a huge step up from what I was using before (IOGEAR GCS1104); cabling is way simpler and cleaner. And it’s dual monitor!

I have a Windows 10 gaming PC, two work laptops that are connected. Objective is to be able to switch a single pair of DP-capable monitors between those devices. One of the laptops is giving me trouble, haven’t been able to get both DP and HDMI output simultaneously – so I’m getting a MST hub to drive both monitors from the DP output.

Build quality of the KVM is great. However, I am a bit frustrated though because of a problem that I have always had, but I guess I was expecting to be improved with this switch: when switching between devices, a DP monitor disconnect triggers the OS to remove the monitor entirely, which causes apps to get consolidated to the main display. In Mac OSX, there is a similar behavior – all of the apps scattered across the external displays all land on the laptop’s internal display, making that desktop hopelessly cluttered.

For multitasking it’s nice to be able to quickly switch to the laptop keyboard for a quick IM or email response, but keep going on whatever I’m developing on the primary keyboard/mouse/displays. Previously I was accomplishing a similar task with the old KVM, which used DVI – I just had to fiddle with inputs directly on the monitor. Now everything is clean/simple via the KVM, but my apps get scattered all over the place. (So I cannot find the IM or email on the Mac!)

I have seen some limited discussion on the topic of DP and the behavior in Windows that causes apps to move around; I’ve turned off DDC/CI (only one of the monitors allows this unfortunately), and fiddled with Custom Resolution Utility (CRU); neither seemed to influence the behavior. And even if this worked, no idea what the solution would be for OSX.

I guess I was expecting the KVM to “magically” manage this somehow? (Intelligent EDID Engine is mentioned in the features.) Is there any known OS-agnostic solution for this?

Thanks for the great products and forum!
– John

I am in late stages of another prototype to “hold” the edid as some people want that.

I put it in a separate device to keep costs down though.

The price increase is like $75 per input. The box can do it will be on the store for about $105 per port.

On windows you can set the registry so that the disconnected display size is the same as your native size.

Some workstation cards allow you to ignore dp disconnect but it varies from card to card.

As much money as I’ve already put into my office setup… this would be extra $'s well spent. I’d love to help out if you need a guinea pig, this problem has been driving me nuts forever!!

I saw a few posts talking about the registry change; as I mentioned I tried CRU. I assume you are referring to the one of your posts that mentioned this item in the registry:

I only see one entry for my main display, and the values already have my monitor resolution details before I even touched CRU. Is there a more verbose how-to that you can point me to so I can retrace my steps? Maybe I’m missing some detail…

One thing I’m wondering, as I mentioned, one of my monitors is older and is a different resolution. Is that a factor here?

Then your windows probably won’t get moved around much

Ah, so I need to define a single virtual display that my external monitor dimensions will fit in?

Interesting; I didn’t pickup on that detail from what I little I found on the topic. I configured it, and initial results it still doesn’t seem to be working for me. But I don’t give up easily… I’ll work on it as time allows this week, and if I figure it out, I’ll post some details.

For Windows, I tried setting consistent monitor resolutions via CRU, and no combination of x/y settings in the registry for HKLM GraphicsDrivers\Configuration\SIMULATED_10DE_… has altered the behavior. I found a couple of other good threads on the topic that go into these solutions in more detail: 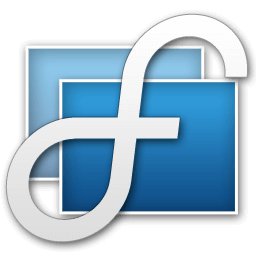 r/Windows10 - Guide To Force Multi-Monitor Positions to Stay when Switching...

That second link has a post that explains the contents of keys in GraphicsDrivers\Configuration in good detail too.

At this point I’m of the opinion that that this is just piss poor handling in the OS, and the NVIDIA drivers are not providing any useful way to workaround the behavior. Earlier Windows 10 builds also shuffled icons, which was very infuriating. MS and/or NVIDIA fixed that somewhere along the line, it hasn’t been an issue for me for the last year or so.

Lots of support folks shut down the conversation by saying “DisplayPort, working as designed!” without any regard for how it impacts real world use.

The question that I cannot answer, why do the registry hacks allegedly work for others but not me? Some variables that could be influencing behavior, different resolutions, refresh rates, and scaling; unusual arrangement (monitors are positioned vertically, secondary is above the primary); insufficient personal sacrifice to the (correct) troubleshooting gods?

Alas, I ended up going with a brute force solution that one of these articles mentioned. I’m not that excited about having a dodgy utility from a random source consuming CPU to correct the issue – but so far it seems to just work. Until a better solution presents itself (like the EDID hold hardware when available!), this is it for me: http://www.ninjacrab.com/persistent-windows/

Bottom line though – loving the new KVM!! Once again thanks for the great product and support… really appreciate it!