Let's get some Prog Rock up in here

If you listened to all of them, I congratulate you and here's a cookie 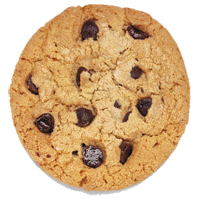 My dad filled my head with early King crimson. My favourite band is Pink Floyd. I also like some YES and Genesis a lot. I haven't listened to King Crimson by myself, I will probably.

Steve Hackett, Phill Collins and Peter Gabriel and some Mike + the mechanics I've listened a lot in the past.

I grew up listening to Genesis lol.

I haven't listened to enough Yes, but I plan on it eventually. And yes, I like Pink Floyd as well but that was one of the obvious bands I could have posted xD I just wish there were more bands like Yezda Urfa (been really addicted to them lately), one of the few great 70s prog bands that came from the US...because mostly all the other great ones are English bands lol. I think someone best described them as a mixture of King Crimson, Yes and Gentle Giant.

Genesis, Rush, Yes...one of the best musical genres of all time.

One of the greatest Prog albums ever:

Some people here might disagree with me, but I think of Comus as Prog-Folk.  Basically, they are super hard core prog metal with acoustic instruments with a heavy dose of Paganism and goblin sounds.

And for people who love Pink Floyd something from
Switzerland:

This is more modern, but god damn I love Baroness so fucking much.

This isn't their most popular but hands down my favorite.

Well, you lads already listed some of the great ones.

What else do we have here...

Thanks to Funeralopolis for suggesting Hawkwind and Astra. This thread was to trick you people into suggesting more prog bands that I can listen to :P I haven't had enough still. I've been trying to find more bands like Yezda Urfa, but the only similar ones I know of, are the ones that influenced them.

Also, is it just me, or is the YouTube embedding messed up?

Guess that's a no on the YouTube embedding xD Did you use the actual YouTube HTML embedder? Because before, one was able to just post the YouTube link on here and it would automatically do it.

If you're using Chrome, go to the shield icon in the top right corner, and click "Load unsafe resources" (it says something like that). I use the HTML embed code for every video that I post, only because I know it works for every browser.

Aah, I see. Well, I just tried to use the HTML code for the video, but it didn't work for me. Or at least didn't show up in the preview.

Sorry, I think it's something that only mods can do :(

At the moment I've been fixing everyone's videos for them, hopefully with "teksyndicate 2.0" the youtube embedding might get fixed for chrome.

It doesn't work on Firefox either :P But it also has a shield icon to where I can unblock the "unsafe" content.