Hello Guys,
I am looking to build a linux workstation. The load levels are very low and I don’t use the machine for any kind of entertainment (no games, no tv shows etc.). I mostly do browsing and spreadsheets and I also listen to music. I would love to build a mini-ITX machine but I think that buying a new CPU/MB is an overkill for this build. I could probably get some older-gen i5 CPU/MB combo and build from there. Here are some of my ideas:

Regarding budget I am really not sure - I would really like to try to spend as little as possible without sacrificing performance too much. As you can see this will be a completely silent machine because this is very important for me, but in terms of performance it will be value oriented because I am a marketing professional and this type of work can’t really benefit from great performance. I tend to use firefox with 10-15 tabs, I watch youtube videos, I listen to music, I use spreadsheets, I use R Studio, I use Emacs as well as some messengers and that’s pretty much it. I also trade so I use Meta Trader. 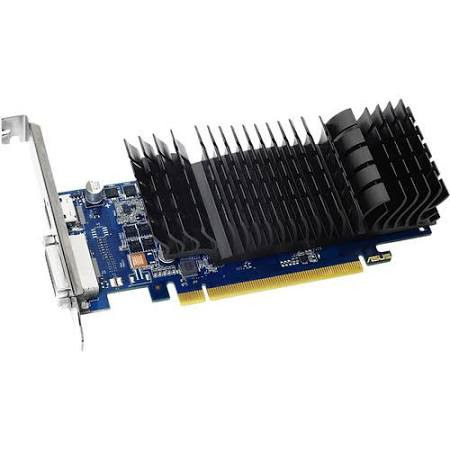 This is the 1030 silent, somewhere in the house I have a 520 Silent.
Not so much a recommendation but more of an option depending on what you find in the cpu/mb dept.

When intel went from haswell to skylake they really did a good job on boosting iGPU perf, and both can be used on ddr3 mb as I remember.

I have a RX460 passive from XFX.
So on team red as well, GPU doesn’t have to be a noise factor.

I could go with a discrete GPU in case there is a good xeon cpu/mobo combo or any other gpu-less cpu.

No one is sharing cpu/mobo ideas?

Older gen ITX with iGPU? Well, my idea is

Look out for Ryzen deals, first gen is at 100% support on any distro.

I mean I could get a last-gen cpu/mobo, I just feel it’s an overkill. Doesn’t have to be iGPU I could get a discrete gpu with passive cooling.

did u think of finding old dell workstation or ready build pc from hp etc…?
they can very cheap and build good for upgrading

Are they going to be ITX?

I would really like to build a Risc V machine, but I doubt the CPU will be available on the market soon.

If I get a notebook

It does have a displayport but I doubt the GPU is enough to drive a 4K screen at all.
Also I would not invest into a laptop from 2010.

Also I would not place bets on how long nvidia is keeping up support for stuff that is this old. That is why I would go AMD polaris, it is current tech and it is running on open source drivers.

Well this notebook costs me $400, and has enough horsepower for any kind of office work. I don’t see a reason to pay $1000 or $1500 for the “latest” hardware. I do appreciate open drivers though. I would prefer to go with AMD if I find something in this price range.

Well this notebook costs me $400

You are thinking about buying an 8 year old laptop for 400,- bucks?