Laptops made in the last 4 years

To be fair, the thing weights a million pound, is that the most substantial difference?

IPC gains, clockspeed (maybe), and GPU performance. If that doesn't matter to you then nothing much really.

How is battery life?

Battery life, GPU performance, thinness, weight, M.2, slight CPU performance increases, type-c, 5Ghz Wifi (can be upgraded to support this). Aside from that, really, not much. I have an old Dell M4600, and I really love it. If I had a battery for it, I'd use it a lot more.

Performance per Watt has seen the most substantial improvement in the last 4 years. It's resulted in longer battery life, cooler temperatures and generally less bulky machines.

*Longer battery life when the CPU is not stressed (ex. basic web browsing). Battery life has not been changed when you put the laptop under a lot of stress (ex. gaming), if you exclude Intel's Core Y chips.

You are not missing much really... I have an Inspiron 15R I purchased in 2012 but was a refurb from 2011. Dependant on what you do, you can use it for a good while. If you are a content creator then maybe a more modern Laptop is adequate.

That's kinda what I figured. I did upgrade to an SSD.

Originally I got the idea to post about this when I was specing out a new computer and found that a comparable i7 has at most 35-40% performance advantage. Is the forcus just on lower power stuff now?

USB 3/3.1, Thunderbolt, and faster M.2 storage. Power efficiency will lead to better battery life as well. If you are happy with your current laptop, then I wouldn't worry too much about upgrading.

I think I will stick with it. I also switched over to Linux about 6 months ago and have been using it exclusively. It gets about 50% more battery life running Mint 18 over Windows 7

My HP with a 3630QM gets like 5-6hrs with medium brightness and programming on a Windows 8 VM on Windows 10.
Laptops are getting incredibly powerful compared to the old ones, but only in the GPU department. Other than that they're perfectly capable to keep up with the new ones. Other than that, as some mentioned before, you get things like 5GHz wifi out of the box, M.2 drives (overkill and superexpensive in my opinion so not worth the extra price not even a bit) and they're maybe lighter.
Battery wise I think they're getting worse and worse because thinnes and weight is all that matters. "But I want to be untethered from the wall for more than 2hrs". The manufacturer says "Fuck you, slim is better. Get this fireball of a PC with an i7 65W CPU, a GTX1070 and go blow up somewhere kid".
Also I'm seeing like a massive disparity in notebooks in recent years. In the local stores I see those BS i7 U notebooks going for 1000€ at least. WHAT? The i7 QM ones are a lot more expensive and not widely available from retailers here and that's just insane in my opinion. The notebook market is going nuts, just like the smartphones ones and everything regarding mobile devices.
(Sorry for the rant)

but usability wise, very little different, expecially if you use linux

We have several Lenovo notebooks at work (X220, X230, X240 and all from the T420S to the T440S, all with i7, dedicated NVIDIA GPU, 8GB memory, SSD) and I only see marginal differences. Some changes to the keyboard and trackpad and slightly newer CPUs and GPUs, but the weight stayed nearly the same and the only real performance difference is in the SSD. The T420S/X220 have old Intel X25M SSDs that are rather slow for example.

So to answer your question, if you don't want a 600g, 1,2mm thin piece of paper, you're not missing out on anything ;)

No need to apologize for the rant. I agree with most of what you're saying. It feels like some manufacturers are cutting off the fringe cases and going after the most popular use cases. The thinnest war seems to be kind of a pissing match between manufacturers.

The massive difference between my latest work laptop and the previous one is mass. It's ridiculously slimmer and prettier, but marginally more powerful. Maybe it's the aluminum (another nice improvement) but it cools way better as well. My old one was a furnace running Visual Studio, and heat means throttling. Materials, 4k touch screens, all more affordable (not that I utilize 4k because it screws with my secondary 1080 monitor and remoting into servers, or touch screen, but it's there). Downsides are maybe no ethernet ports on a lot of slimmer notebooks. My battery lasts more than a few hours, but I'm always plugged in. Honestly Windows 10 sucks, and ASUS software sucks, and newer is also probably harder to work on but I haven't tried yet. I spoiled myself with my home gaming PC... nothing is satisfactorily fast compared to that.

It seems like the consensus is that functionally there hasn't been much progress. As in, your interaction with the laptop and speed. Though there have been changes in form factor, weight, and maybe battery life.

Can anyone think of an example where a manufacturer used the extra space for battery rather than making it 0.004mm thinner?

Is that with wifi on or ethernet?

I also have an old laptop and started using wifi a month ago. Battery capacity went from 70% to 26%.

Didn't read posts but the big differences are ssd, thinner and lighter, and better battery life. The wife's ultrabook style laptop lasts all day and has an ssd and basically the same specs.

Do you need a lot of graphics horsepower? Do you care about rendering/visualization/gaming performance? Do you want gimmicky features like RGB lighting zones?

If your answer to those questions are "no", then I don't think you are missing out on much!

I don't particularly care for 'thin-n-light', but I do require a ton of GPU horsepower, and upgradeability.... my one year old, custom painted Alienware 17 fits that need by including a powerful GPU, and adding the possibility of a high-bandwidth PCI-e port for eGPU options. That last bit (eGPU options) is about the only thing that's radically different from the older Alienwares I have used (other than the incremental graphics updates every year)! 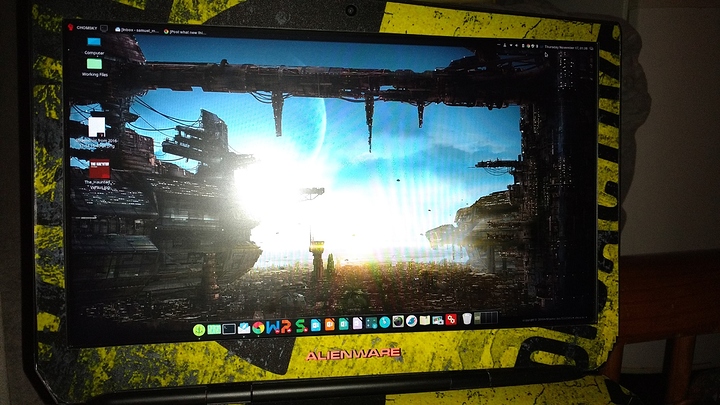 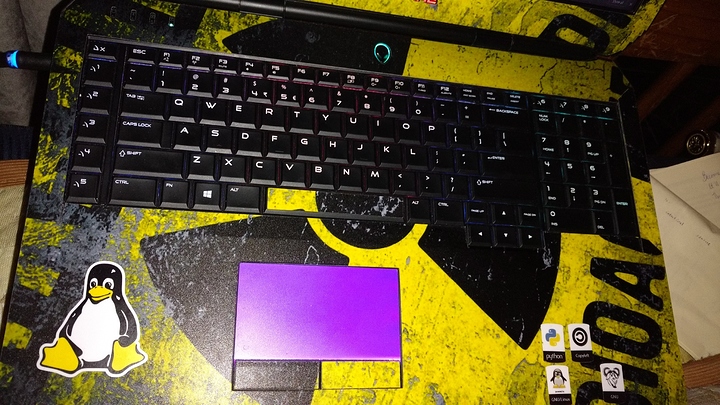 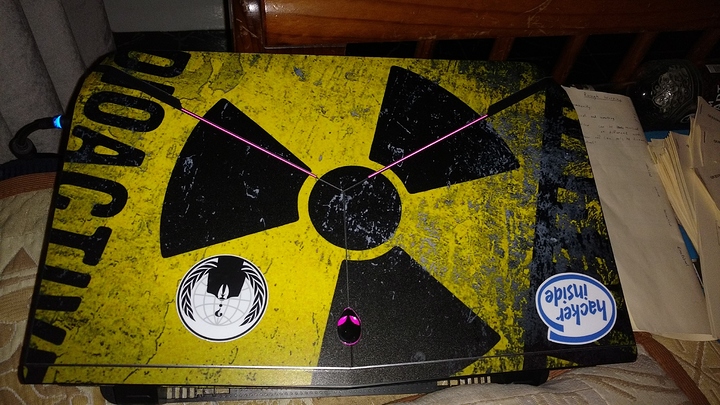