Laptop Reviews, to trust or not to trust

My frustration is as I watch video reviews, and as I read reviews on these laptops there are a lot of frustrations people voice. So to what extent can I trust the reviews and at what point do I just need to buy one despite the reviews?

TL;DR I want a laptop that doesn't suck, but reviews make the laptops look like they suck.

Well I think it depends on what these reviewers are complaining about (e.g. short battery life) and if you can live with that.
You should know that 700$ is a little to less for a gaming notebook, but it will depend on the games you are going to play.

If the general opinion (reviewers and customers alike) is that the notebook sucks, then chances are that it is going to suck.

The Acer's biggest con they say is the poor wifi card, and the lenovo's biggest weakness is the speakers and spongy keyboard..

i would stay away from lenovo, they have terrible support. I tried to see how much a ROUGH estimate would cost me to have my screen replaced. I spent 3 1/2 hours on the phone with them. I would rather deal with comcast and try to figure out why my name got changed to scrootie mcBoogerballs.

Do you have a suitable suggestion instead of the Y40?

IMO, the best site for laptop reviews is notebookcheck.com. The reviews are very comprehensive. The YouTube channel/website MobileTechReview is also good.

Not sure I trust most Hardware review sites after seeing this 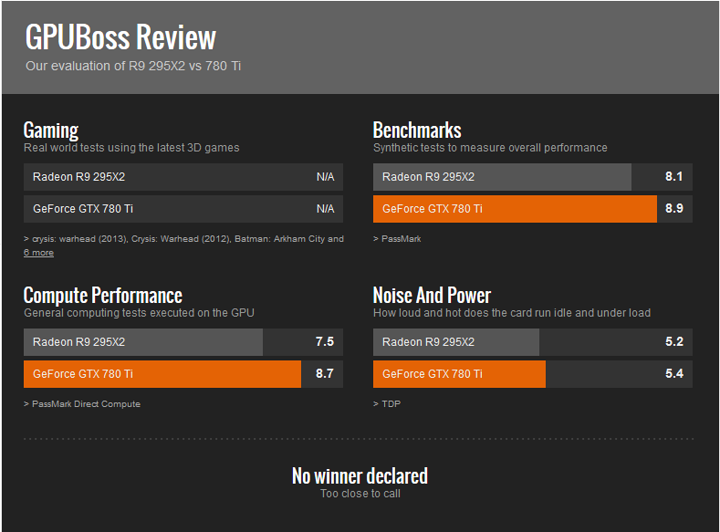 GPUBoss and its affiliates are not really review sites. I don't think anyone takes GPU Boss seriously. Their ratings are a joke. They are incredibly biased.

Still, the comparison above is so insane I thought it was satire.

That is an insane comparison. So then the question still stands. I want to purchase a good computer, but the cons some of these reviews give make me hesitant to buy any computer. It almost seems that there is always something bad with every laptop, and you need to pick the least worst one...

I don't really trust hardware reviews much, especially when it comes to laptops. I know that Asus is generally a good brand, and I've heard good things about Acer in also. I'll never buy another Dell or HP again, but I know some people who don't really have any issues with them. It's pretty much hit or miss with laptops, and that's one of the reasons why people like the Macbook Pro so much (because they tend to be much more reliable than a lot of Windows laptops), but I've had the best luck with Asus.