Some manufacturers are making it harder than necessary to get into the hardware of laptops, but i’ve never seen a flipped motherboard like on the review post beneath (they better not set a new standard with this)

Motherboard visible at 4:33 thanks to @Goalkeeper

HP has some notebooks that are made a similar way. You take out two screws in the back, then take out the keyboard to gain access.

From what I gathered, the cooling and motherboard accembly can be removed as one piece making the notebook easier to take apart than others where it is nesecarry to remove the cooling components before removing the motherboard. 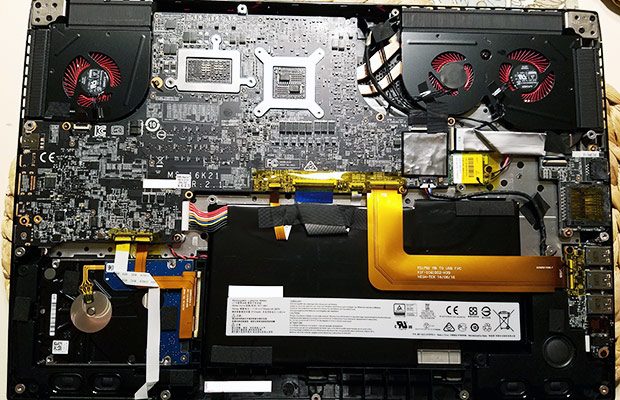 How to upgrade the HDD, RAM and SSD on the MSI Stealth Pro GS73VR (and MSI...

If you've read my detailed review of the MSI Stealth Pro GS73VR (you can find it here, in case you didn't), you should know that I decided to keep the 4k m

HP has some notebooks that are made a similar way. You take out two screws in the back, then take out the keyboard to gain access.

Still, that means taking out every plugged in cable and if not very careful, possibly breaking something.
The newer laptops and design get, the smaller the cables and whatnot inside of it, making it a bit of a headache in the long run if set as a standard

The connectors are as small as possible. No shrinking there any time soon.
Overall, servicing notebooks is a hassle and a half. That said, some of the recent Samsung models have covers over RAM, SSD and the like, so just one or two screws between you and the RAM upgrade.

Edit:
They even market that… 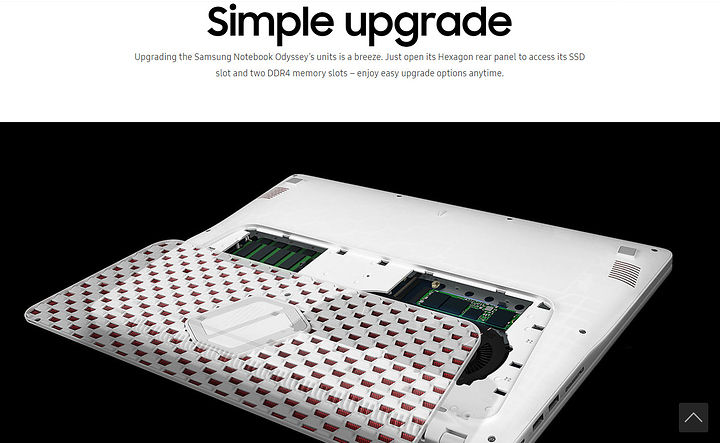 Get ready for battle! With a dragon's eye motif, the Samsung Notebook Odyssey provides you perfect assistance for victory with its top notch performance.

Motherboard seen at 4:33 in the video. Just thought I would put that out there.