My Step-father is getting into CAD design and needs a laptop that can comfortably run Fusion 360. I am the tech support so I’d like him to get something that works well hardware wise but also is easy to live with and he won’t be calling me every other week to fix stuff.

When it comes to CAD it depends upon what is being done, for consumer level CAD/3D Printing an Intel Xe Graphics IGP on an i5/i7 is plenty powerful(unless you get technical to the point of needing something like an RTX 3050) while on the precision side of CAD you might want Quadro/Radeon Pro dGPU.

All I can recommend is stick to a business class laptop such as a Dell Latitude or HP Elitebook as there are models with two RAM slots so you don’t end up with mismatched memory if you later want to max out the memory, hardware tends to be much better than consumer PCs where cooling/airflow is an after thought, you’ll get BIOS/EFI updates much longer than consumer models and some models include US tech support(some of the cheaper Dell Latitudes there is an upsell for US tech support). The only reason I haven’t recommended Lenovo is the Thinkpad T-series has gotten stupidly priced and I don’t like having RAM soldered to the motherboard.

Point out location would help a lot in suggesting and I’ve also found that integrates graphics actually works fine in my cases.

I don’t know how big of projects he will be modeling. I’d imagine nothing too crazy. He is a machinist and operates his own small business doing custom fabrication.

I was looking at Dell precisions yesterday. The ones with quadro graphics cards. Seems like you can get good deals in them refurbished directly from Dell.

That’s the main question that needs answer. Sometimes you can get away with iGPUs, somethimes it’s not enough and everything get’s laggy. Even in the texture-less preview.

I think that a laptop with an entry level discrete GPU will work flawlessly for him. Fabrication shouldn’t make use of very complex exploded views or too many levels to work on simultaneously. An 8 core modern CPU (AMD R7 5800 - 6800 or Intel 12th gen. i7) CPU is gonna work nicely for preview and computation on the model.

If that’s the case then do you think a Framework would be a good laptop for him? 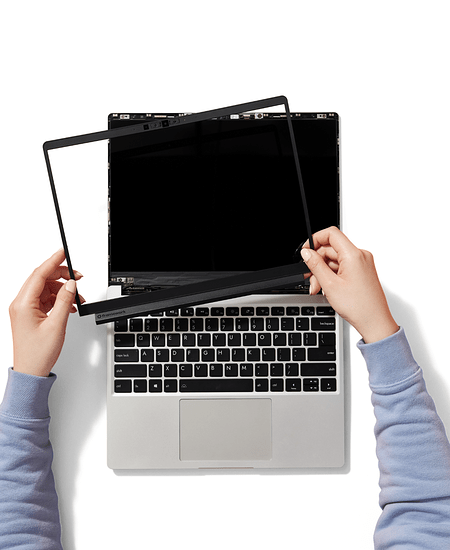 He is pretty rough on equipment and if he breaks a screen or keyboard it would be nice for it to be fixable.

Otherwise I was looking at Dell for their warranty.

If that’s the case then do you think a Framework would be a good laptop for him?

Last time I worked with an Autocad product the 900 series Nvidia GPUs were coming out, so I don’t know how their evolution went on and what the requirements for Fusion 360 really are. But I think that a Framework laptop will work well. As I also said before, depends on the complexity of the models. I know you can’t go into details about it, but keep that in mind.

He is pretty rough on equipment and if he breaks a screen or keyboard it would be nice for it to be fixable.

YES! If he’s the type of person with a laptop missing keys on the keyboard after a week of owning it brand new that’s the obvious choice.

I’ve previously used Fusion 360 CAD/CAM on a Dell XPS 13 running an I5 without troubles. If he’s a machinist he’s probably most interested in creating CAM programs or doing basic CAD modeling/drawings of singular parts. Both are pretty lightweight processes and could be done on most mid-tier laptops.

If he gets into working on large assemblies and/or parts with complex geometries (think anything that needs to be aerodynamic) then you might start considering something with a discrete gpu.

When I had outsourced some work for materials(plastic & wood) to be CNC-ed, a shop I went to would over-spec their systems as they knew customers would send them overly complex files. Its one thing when someone is learning Fusion 360, it’ll be another when its being used for actual work.

I’d highly recommend comparing refurb prices, sometimes you can find a really great deal such as more system memory or better CPU.
When it comes to Dell Latitude & Precision models I wouldn’t worry about the build quality, my old Latitude had been covered in saw dust a bunch of times(needed to use an air compressor to clean it) and been used in below freezing temps many times so they’re very durable even with 2-in-1 models.

Yes he has talked about CAM. I think most of his work is for making one-off parts for laser cutting tables, water jet, etc. maybe some blue prints and mock-ups of stuff he might have to mill or turn on a lathe.

Gotcha, yeah it’s not going to require much horsepower at all. I would try and go for atleast 8gb of ram. Fusion is cloud based and in conjunction with lots of open tabs, pdfs, etc. can get to be a bit much for low ram machines.

I do a lot of CAD and I would suggest…

Any discrete laptop GPU. CAD can work with an iGPU. But you have to settle for lower display quality while modeling, then render after modeling. Quadro or FirePro are not needed. Geforce and Radeon are fine.
With an add in GPU you can turn on real-time rendering while modeling. It looks better, runs smoother.