L1T Best Game of 2017 with Poll for Posterity - WINNER: NIeR: Automata. See ya next year!

Final round of voting has begun! Click the link below to pick a finalist to determine L1T GOTY!

If you voted foe one of each have this:

Do votes bump the thread? I have no idea lol. Is there a way we can keep this near the top for the next 24-48 hours or so…or I suppose those who vote can leave a reply to bump it. idk lol.

I haven’t played any of these games.

You have not played at least one of those games. Well, then! What did you play?

I haven’t played a single game released in 2017.

I have played FONV, FO4, CrossCode, Borderlands, Borderlands 2, GTAV, Civ 5, the OG SWBF2, Dishonored, and some other things here and there this year.

I haven’t played anything other than Pokemon in the past two weeks.

I’m with w.meri here, haven’t played any of this (well, actually FFXIV Stormblood and it’s good, but not a standalone game). Cuphead looked pretty nice on PGP stream though (but no game for me).

TBH I have played a handful of them…but let’s say 2017 hasn’t exactly been a stellar year for games. lol

tbh I chose forza but god I hate the loot box and the bugs, the racing is pretty good though but once im back in the main menu im like “ughh this UI again”

Just checked, some of the games I remember for beeing good are from 2016 or 2015

I hate the loot box and the bugs

Join the club. I don’t think I’ve played a racing game outside of Mario Kart since Ridge Racer on the PS1 XD

Just checked, some of the games I remember for beeing good are from 2016 or 2015

Some of the games in that list from Metacritic came out back then but the ‘official’ release was this year. Early Access games mess everything up.

last racing game I felt was worth it was Forza 4, hated the fact Porche was a DLC but it had so much content anyways that I didnt need it. now I too play mario kart and need for speed 3 hot pursuit and most wanted

Right now, the only games I’m really looking forward to next year is Anthem (maybe) and Mount and Blade 2. System Shock remake could be good but I really want to wait until SS3 has more details since Spector is behind that one…other than that…I can’t think of any 2018 games that really pop out at me. 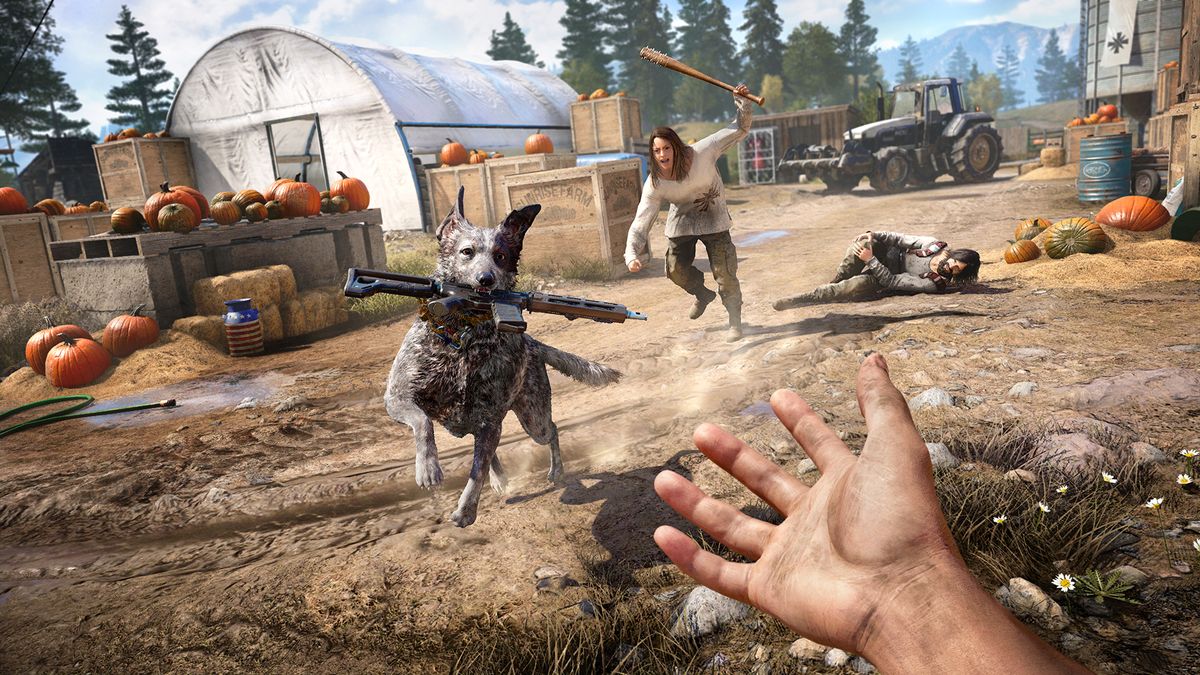 Turns out you can pack a lot of video games into a whole year. Here's what we're most excited for.

Personally not looking forward to Anthem at all for the sole reason that it’s EA and they’re going to fuck up the gaming experience 100% by microtransactions.
Also the trailer looks a lot like everything Destiny has.

Also the trailer looks a lot like everything Destiny has

It does and that worries me. This would be the 1st EA game in a long time I may pay for. If there is not a persistent world, I’m probably out. It looks persistent though. Time will tell but for now, I lurk and hope for the best.

To be honest the game that i played most this year is Guild Wars 2. The Path of Fire expansion and the later free releases have been quite excellent.

Other than that DOS:2 easily the best single player game i played. HellBlade was a work of art as well.

But i did miss TWW2 (waiting for the feral version for RL survival reasons and to support the platform) and Nier: Automata that looks great and had no time to actually play.

tbh im in a slump of not looking forward to any game anymore, every game is tainted with a bad rep or it could be advertised deceitfully and there may be some hidden feature they wont disclose that affects gameplay.

hard for me btween breath of the wild and pubg. oh wait are you telling me breath f the wild isnt even a option? wot

This is a good point. I don’t think I’ve paid attention to advertisements for games in years. Granted, the occasional trailer when a game is announced. The last time I really paid attention to trailers or whatever was a tech demo of Source Engine for HL2. Most recommendations I pick up are from small talk with @Ace2020boyd or other folks. I find that going into games mostly blind helps.

A lot of people really enjoy this game. I’ve nearly bought it a couple times but abandoned the cart after watching gameplay. Maybe one day I’ll pull the trigger but when I see a third person perspective and lots of fighting mechanics, I’m usually out on the game.

oh wait are you telling me breath f the wild isnt even a option? wot

Sorry, breh. Breath of the Wild had me at the start but lost me after having played for 25-30 hours.

I’ve had some great fun with that game on the occasion. Mainly with friends. When I queue with myself it’s not the same…then again friends make most multiplayer games better.

Voted for the only two games I’ve played on these lists.

Both came with my GPU actually, although I wanted both of them so I’ve got that going for me, which is nice.