Cars I have owned: The semi-auto transmission was a 3 speed with an electric switch on the shift lever and no clutch pedal.
Every time my knee touched the knob the clutch went in automatically. Dumb. I killed the engine. 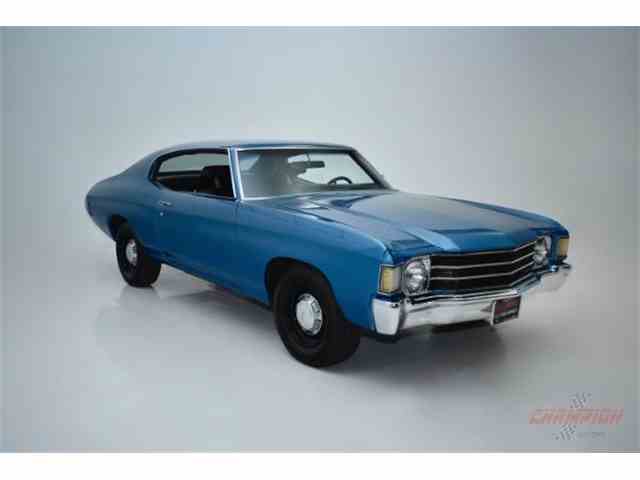 Bone stock, 6 cylinder, 2 speed Powerglide auto, bench seat, rubber floor. Nice car. Sold it to my brother and he crashed it. Never sell a car to someone where you might see it again. 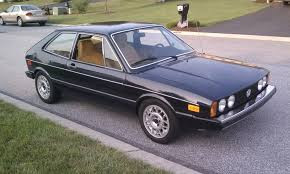 I loved that car but my GF got sick of me talking about the next one and told me “Just buy it already!” Sold it to my brother again (still hadn’t learned my lesson the first time), I got to watch it get filled with burger wrappers and rust to pieces. 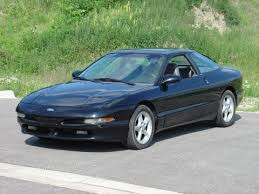 A wonderful car… when it was running. Very expensive all the rest of the time.
It was a marriage of a Ford with Mazda mechanical gear. They never got along and rarely talked to each other. Caught fire on Christmas day and I kept driving it home. I just opened the window to let the smoke out so I could see. 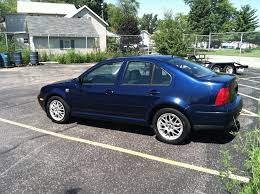 A really nice luxury car, but I was glad it came with an extended waranty. Totaled by a drunk driver while parked. 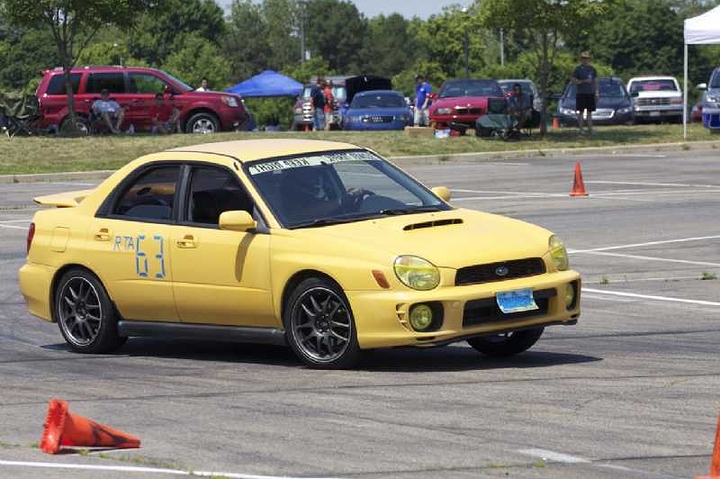 Me on the race track. Nuff said.

Ah well you could drift on lowbudget.
Toyota mr2, Ford sierra you name it haha.

Powerglide Yeah you know what’s up haha, I’ve sold a few cars to family members, but they always seem to come back.

My neighbor has a MR2. Super crazy how they just dropped there FWD stuff in the back of it (good idea to keep thinks cheep)

I don’t think I’ve ever heard of a Ford sierra.

This is my buddies budget drifter (It actually works really good). I’d probably end up doing something similar with a different truck (Mitsubishi Mighty Max). 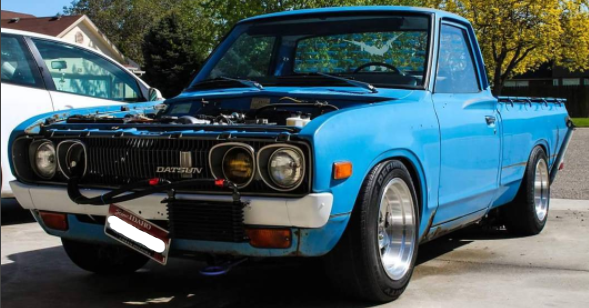 In the US it had the unfortunate name of Merkur XR4Ti.

They were supposed to be good cars with a turbo 4 cylinder, in Europe.
In the US dealers didn’t know how to sell or service them.

I remember Car and Driver said they were sooooo good and so cheap dealers would have to fight off buyers trying to get one. Later they joked about how wrong they were

)
Next marriage, wife had car and furniture, I had a bag of clothes.
92 Metro (first engine overhaul which was fun), Wife and I drove this from California to PA without killing eachother! 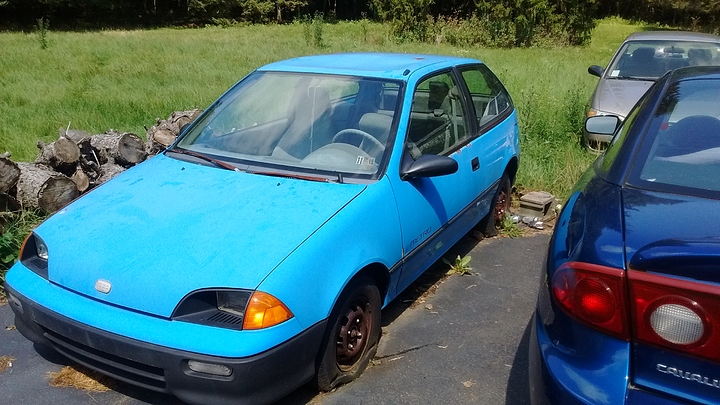 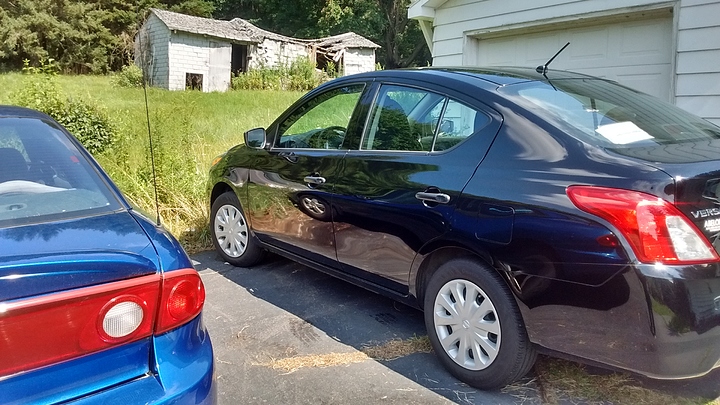 Audi A1 1.6TDI 2013
I only started driving in 2014, I had to leave one insurance company early because they wanted stupid amounts of cash to switch to business insurance.
Additionally it has great MPG, hitting around 65/70MPG and when you are doing around 500 miles a week its great, its reliable as all hell and we are a big Audi family.
I live with my girlfriend and her dad, he also has two Audi A6’s.
One is a 2005 2.7TDI but the bell housing failed last year, we just haven’t got around to selling it yet.
He now drives in a 2009 A6 2.0TDI which while no where near as powerful or fun as the 2.7, is still a comfortable car.

Oh you had an Escort GT. How on earth did it flip? Mine seams really well planted for it’s age.
That Geo looks extremely familiar haha

I’ll take this opportunity to tell my Geos stories
First Metro I got from my father in a trade (don’t remember what). It hardly ran, but it still got 48mpg, and it had 340,000 miles on it when it went to the scrap yard.
Only picture I have is one from when my father owned it 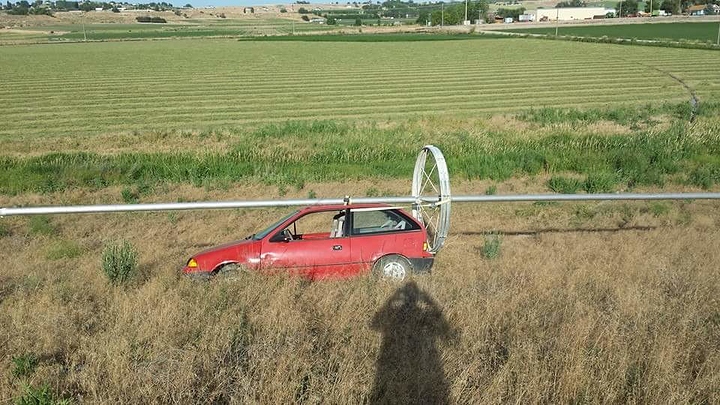 Later I got 2 for free out of my father’s boss’s yard.
Drove this one. The only thing I did with it was a manual swap. It did eventually blow up on me. 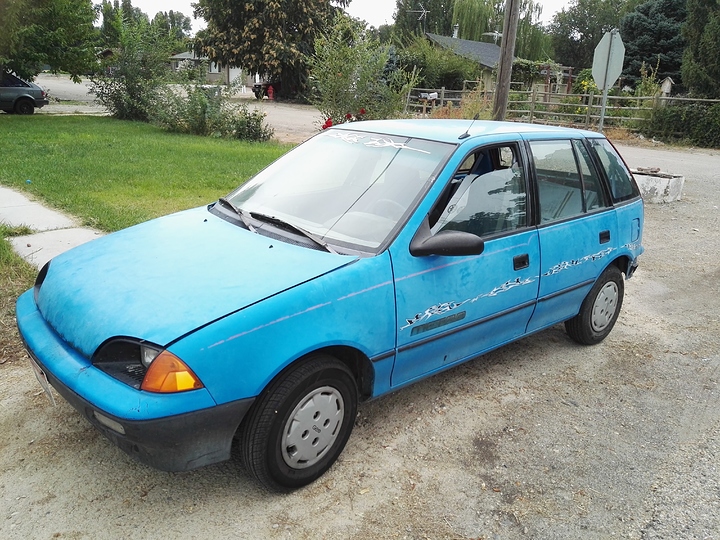 I used this one as a part’s car, and rebuilt the engine to go into the blue one. First overhaul, but I stripped a bolt for the oil pump, so it wouldn’t hold oil, and that was about the time I got the Volvo C70, so I couldn’t be bothered to work on them anymore. 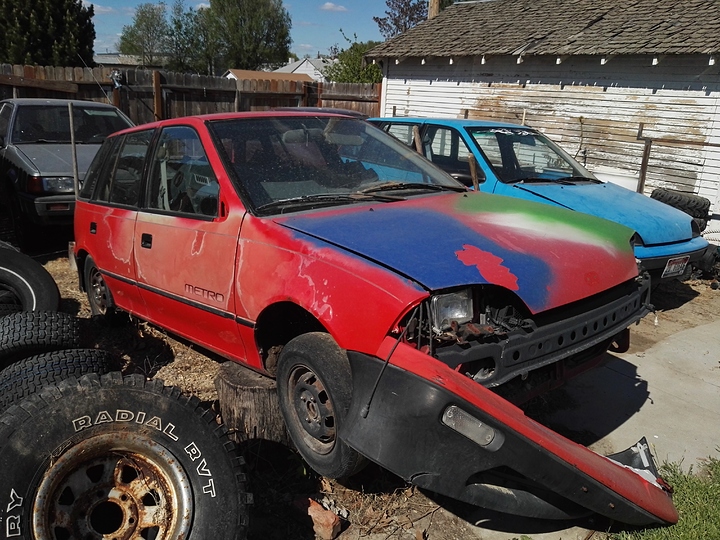 And lastly a high school buddy needed some money, so I bought this for $200. 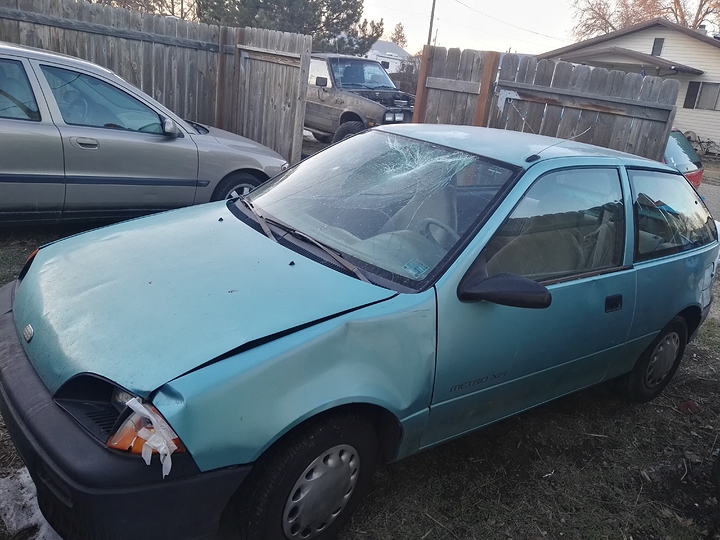 Then i sold sold those last 3 Geos, and any related stuff for $200 because I was tired of them taking up space.

Same here. Something about them makes me feel warm and fuzzy inside. 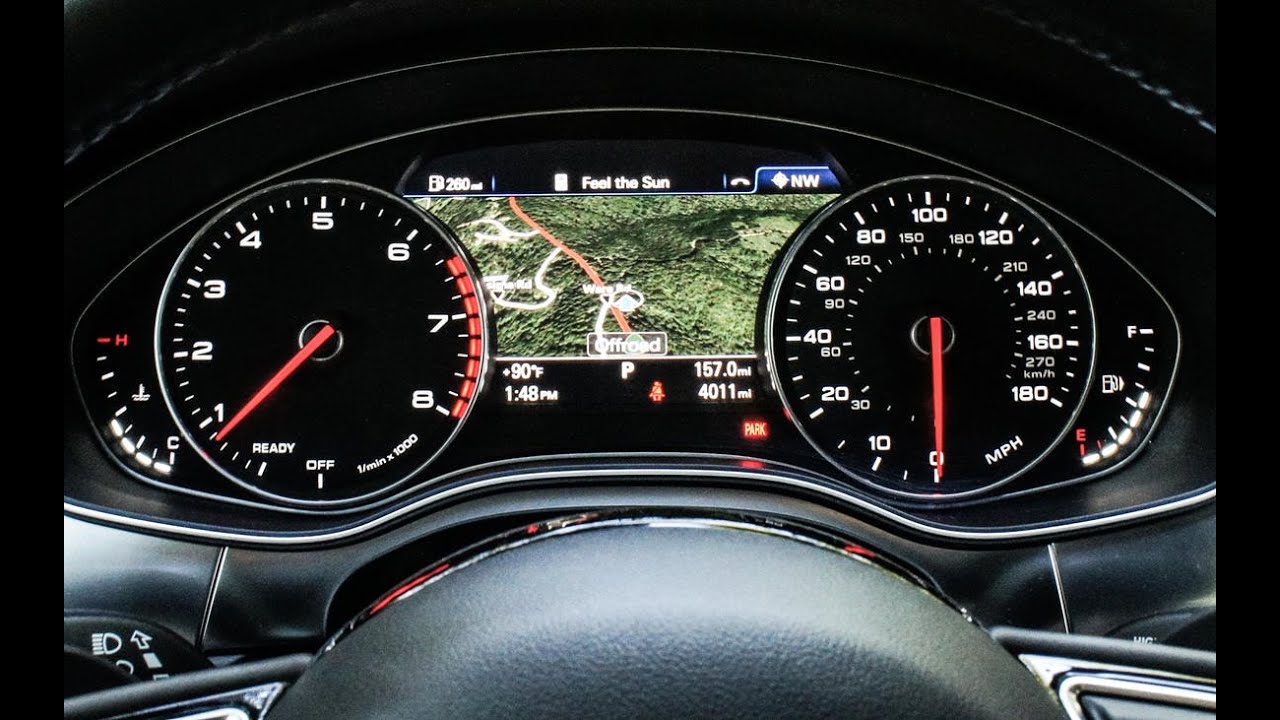 I think this one looks just fine. Thoughts?

I think it looks good. I like how the LCD fills the area between the analog gauges.

I don’t mind LCD gauges as they can be changed up however you want (in theory).

My father had a Mark II Escort. He rolled it up a bridge.
This bridge

Wow. That must have been quite the scenario to have that happen.

Story was his parents were out of the country, He was stuck behind some old couple driving 60kph in a 100kph zone. When he got a chance he sped past flipping the old couple off. Only a few seconds late one of his tyres blew (His father was cheap and bought trash tyres) and so the car spun and rolled up the bridge. Dog in back rotating in the mirror.

The old couple ended up dobbing him in though it’s doubtful he was speeding at the time. Just crap tyres.

Later on he had a Mark II Cortina. Rebuilt the engine, did an amazing job. It purred. It was then stolen. Cops found it but he did such a good job on the engine it outran the cops. Later found dumped with the engine ripped out.

My cousin didn’t try to out run the cops, but it took a while for them to catch up with her.
She drove a Toyota Tercel at 110MPH through Queens, NYC. 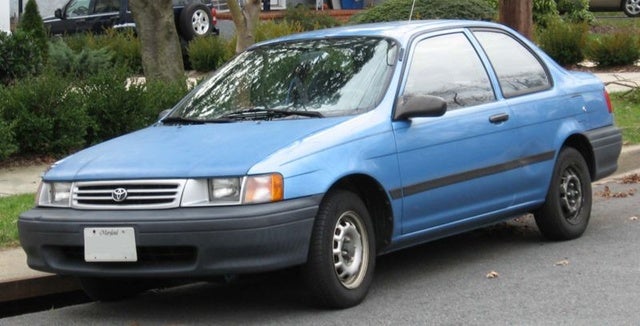 Once she pulled over the NYPD cop said to her…
“Look lady, the only reason I’m not taking your license right now is I would have to go into court and no judge in the country would believe this shit box is capable of doing 110.”

She didn’t even get a ticket. LOL

Interesting car. Never seen one and we get a lot of Japanese cars. Must be an American market jap car

Got to love “shit boxes”, you can have a lot of fun in a cheap car you don’t care to much about (I actually really care about mine, but I still drive it like I stole).

The fastest I got mine up to was 110mph as well, and it took forever (Gray car) 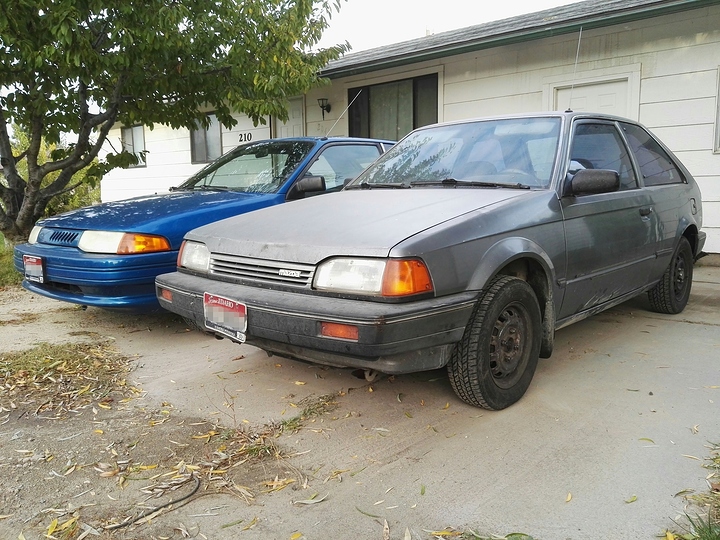 What country are you in?