This is a companion discussion topic for the original entry at https://level1techs.com/video/l1news-2017-03-21-explosive-news-declassified-nuclear-tests
2 Likes
OmegaKnightRed March 21, 2017, 4:44am #2

This has to be a first: Texas grand jury's indictment of John Rivello describes a tweet containing a GIF as "a deadly weapon."
brainonstumps March 21, 2017, 5:05am #3

Intro is simultaneously hilarious and infuriating. Good and bad are subjective. I like my news accurate.

Yeah, I prefer you give it to me straight.
I don't need a trigger warning. Perhaps you need to issue a trigger warning to all the snowflakes for the rest of their lives, telling them that life is going to be confronting and to deal with it like an adult.

I know you want to grow the channel, but at what cost? Is it not possible to accrue more of a like minded audience?
Or is the only way to realistically grow a channel to bring in everyone, be a bit more careful with the language and try and please 95%?

That might end badly. I would prefer the type of audience where you do not have to filter what you say. You aren't bad people, so you probably are not going to commit verbal war crimes.

And finally, I feel for the lady who got used as parts by the machine, but it will be fascinating to see things like this happen more and more. Mainly, because they happen in ways people cannot predict, otherwise they would have been avoided. Maybe that's what makes them so interesting. 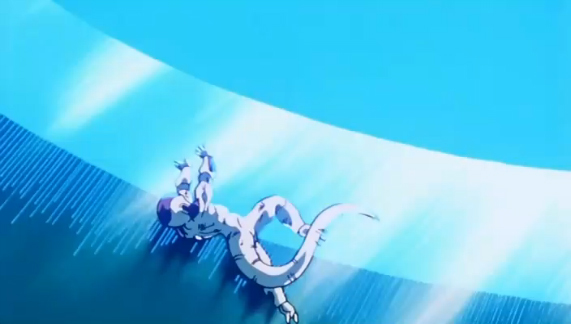 re: gif / seizure thing; I was googling where e-ink screens for computers are at the other day*: Apparently they exist but are quite expensive. However, if I worked primarily with text, and if I suffered from epilepsy, an e-ink display seems like an excellent purchase.

*I was thinking it could be cool to take an e-ink screen + raspberry pi, put it in a picture frame and have it grab an image (limit to sketches only?) from Artstation.com every hour, and you've got a changing picture frame that uses very little power.

Also: Time gets more fuzzy when it's preceisly measured? Terry Pratchett was wayyyy ahead of the curve there — that's (sort of..) one of the main plot events in Thief Of Time!

"Against one perfect moment, the centuries beat in vain."

with youtube as a medium, there will always be those who can not be pleased. dont apologize and pander to them. wonderful episode as usual.

I always thought they were her to info not dish out trigger warnings :) Real life is not a bed of rose or some fantasy tail of happiness. It can be made for the most part with hard work.

I was curious about @wendell 's question 'How far does light travel in one clock tick of a 5Ghz CPU?'
It's a pretty easy calculation and his finger gap guess was amazingly close.

A bill was passed called the 'Petland law' pertaining to how pet stores acquire puppies to sell. A hodgepodge of amendments were tacked onto the bill including: "Senate Bill 331 effectively prohibits cities from regulating the placement of wireless facilities in our communities." Anyone can put wireless equipment in a public corridor as long as it is smaller than a refrigerator. The cities are fighting back not because this is heinous, but because there is another law that says a bill can only be about one topic and can't have a dozen unrelated riders tacked onto it.

I swear, I am going back to 2 cans and a string.

Most of the released videos seem to be from the smaller less significant tests. I first saw this on RT.
Allot seem to be from the small tests in the desert and from secondary or tertiary cameras.
Allot of the really interesting stuff was already declassified.
The really big stuff they kept out in the Pacific. The one exception was a 5 MT test in Alaska.
Castle Bravo was the largest test and they lost most of the data cause they underestimated the yield. It was supposed to be 6 MT but blew with 15MT when they hit the happy button.
It was the first test of a "dry" bomb
Smallest was a 1/4 kiloton nuclear jeep mounted rocket launcher with a 75 lbs warhead. The crew would dig a deep hole, launch the rocket, jump in the hole and pray really really fast. That project was canceled due to sanity prevailing.

Can't believe that the only comments from the Patriot Missile story were the cost and overkill factor.
The fact that they can track and shoot down something the size of a drone with it is damn impressive.

Full disclosure: I was a Patriot Missile Crew Member (way) back in the day.

@wendell made a quick comment (@12:09) saying something about software patents not bing a thing anymore? What does he mean by that? I just did a universality module that really made the concept of software pattens patents quite terrifying even today. What did he mean? Is this I woosh moment?

When did Level1 integrate Smell-O-Vision?

Make you wounder what THAAD and the S-400 can do

"Relativity and Quantum Mechanics are not really compatible with each other". What are you talking about Willis. I mean @wendell. Who's been lying to you? Or did you take your physics courses pre 1920?