One thing ive seen with kids and tablets is kids coloring on the tablets. There is also a few that do the color by number on the tablets too

I have epilepsy. All 3 of my Rx’s make me drowsy, and one falls in the same family as P.C.P… I have the WORST short term memory, but can remember what someone told me when I am half-conscious 2 years later. And dreams are beyond fckerd up to the point of yelling in my sleep.
Epilepsy in all forms sucks, along with the treatments to mitigate it. I have a feeling those without epilepsy could take part in this study just fine. If it was due to having an underactive/overactive brain, I bet consuming enough CBD would solve that problem.

Ryan always had issues with Monica. Figured I would at least save him the burn, because he never wins Monica.

I’m laughing at that Jeff Bezos mech suit image. The guy really is becoming Lex Luthor. It’s interesting that Google use to own Boston Dynamics. You would think that Boston Dynamics would be able to build a robot suit like this.

Also, AI machine learning playing games is nothing really new. There’s been attempts to use AI learning with emulated NES games, there are some pretty interesting videos of youtube showing results. And sometimes the AI would find bugs in the games that it would exploit.

There’s an older video out there with AI playing Tetris on the NES. When the AI discovered it was about to lose, it just paused the game permanently so that outcome couldn’t happen. 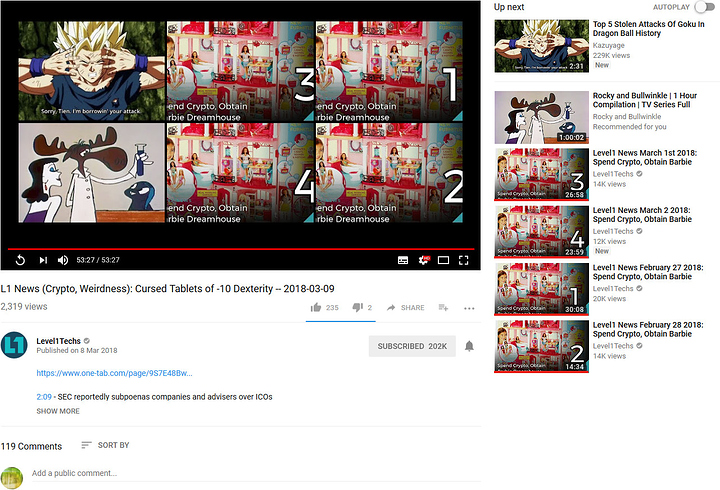 Hey relevant things I can contribute to.

@kreestuh Go watch Code Monkeys, that might be were a lot of people heard the name “The Woz”. he was the boss of a coding company and it was an animated series. Good theme song too by the same guy who wrote the ending songs for the Portal games.

Code Monkeys is an American animated television program by Adam de la Peña. Set in the early 1980s, it follows the adventures of fictional video game company GameaVision. The show first aired on July 11, 2007. Two seasons have aired on G4 and G4 Canada. In September 2008, the show began airing on the Teletoon Detour block on Teletoon in Canada. While G4 was vague on the future of the show after the end of the second season, it was announced in May 2009 that the show would not be renewed for a thi...

AI confusing bumper stickers: YES! Again probably Kreestuh’s end of things, I have literally been asking for more stickers on the store… So you know, Make it so! I will buy them.
Also was either of those meant to be a cat? I only saw the German Shepard in both, I mean if I tilted my head and squinted just right then maybe the first image was some horrific version of a cat but I mean the AI did not have a hard task turning that into a dog, or a nightmare if it had gone any other direction.

Power Line Checking Robot: Zappy (thank me later) is indeed taking jobs. I watched a most dangerous jobs or some other sensationalist title name here show. Yeah A guy literally goes up in a helicopter and hovers near the wires, the passenger then gets out of the helicopter onto the wires and sits up there shimmying along the lines checking them. I mean it is probably better that a robot is taking the job as that is scary and very dangerous but yeah it is still taking jobs.

Forgetting pencils how do … Work?: Too weak from holding Tablets? So they can hold a near 1kg tablet but cannot hold a few grams worth of wood and lead. Yeah I totally buy that, what a crock of shit. The worst part is somebody got paid for this “research”. Fuck this planet. That is it PLEASE ALIENS COME BLOW UP THE SUN WE DESERVE IT! Clearly.

For this segment alone yes I am real happy. Thank you

@wendell
would you mind updating the level1news playlist?

gotta say I do like the three episodes a week, I don’t know how you guys feel about doing 50 min episodes but it is enjoyable. If you want to cut it down to a half hour per episode I’m fine with that

just did, waiting on it to come through and transcode

You would think that Boston Dynamics would be able to build a robot suit like this.

I think they are more into just replacing humans all together, I am sure they could build a suit but that has never seemed to be the aim.

I think they are more into just replacing humans all together, I am sure they could build a suit but that has never seemed to be the aim.

The story on children struggling to hold pens because of too much tech is probably true…why? Because the same thing is happening to me. I have spent so much time on keyboard that the muscle memory for writing with pen is fading away. I don’t struggle holding the pen but I make many more mistakes and I write lot more slowly than i used to in high school. My hand is effectively forgetting how to move to draw the letters correctly.

Maybe this will help… 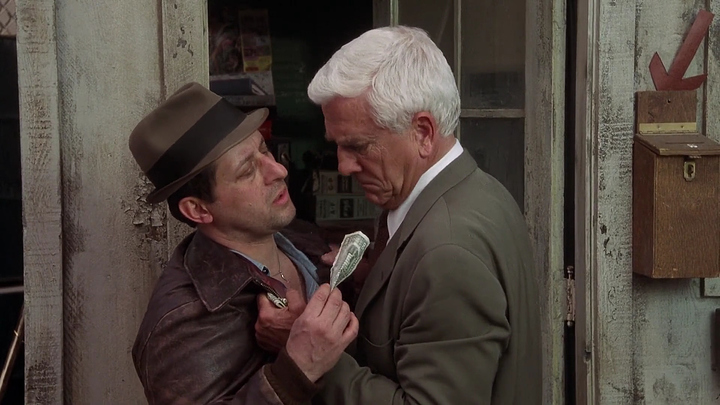 I don’t struggle holding the pen

That’s because you probably also use a mouse, which requires the same muscles.

If kids got PCs instead of tablets, then maybe they would at least have the strength to hold a pen.

It is a load of shit anyway, this is not a problem.

this is one of my favorite bits of comedy ever