So, the time has come to exeperiment with ryzen, so i figured why not build a new gamer!

Alot of the parts i found at pretty good discounts!

Here is the haul of parts all ligned up!

I do actually like the design of this board

Cooler installed, it was bigger than i thought

I was a bit nervous, this cooler barely clears the glass side panel

Honest pic of my cablemanagement 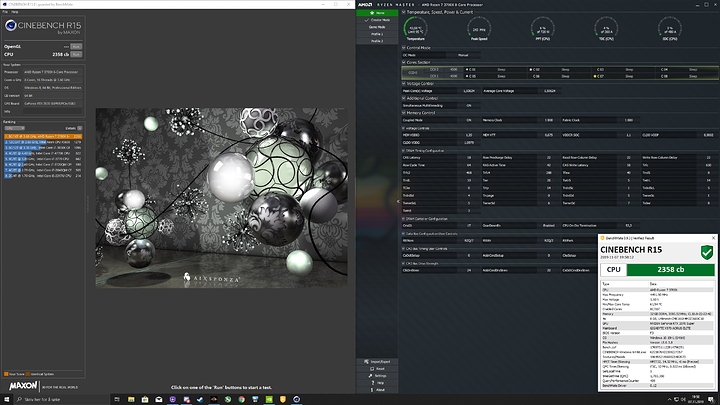 More benchmarks will be posted here when im home from work 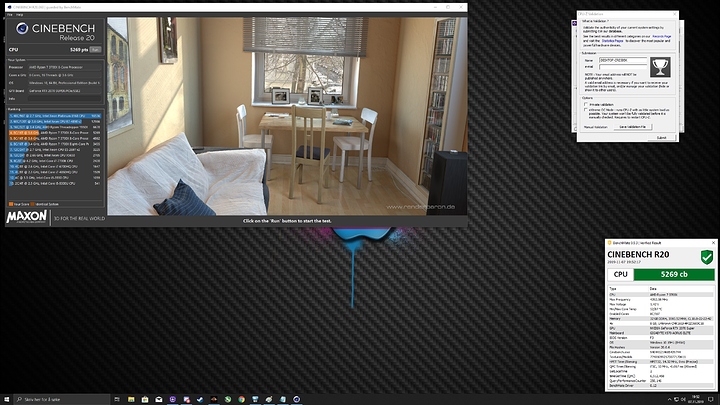 Ooooooooooo heck yos! Really do like the Aorus boards this gen, they look really really nice. +1 for the Noctua too, a man of culture I see

Thank you for the kind words!

hehe, yes a 5960X does around that, that is true! i have a 5960X aswell in my server, its a awesome chip for its age, even by todays standards.

This is actually the first Ryzen chip ive owned, and so far i like it, except the fact that it is WARM!

except the fact that it is WARM!

Ah yeah PBO will do that to ya. I had a 2700X for a bit, the PBO/XFR boost on that was just as aggressive, and still pulled up to 1.5v to boost some cores

One thing you could try is moving the top exhaust fan further back, maybe even make it rear exhaust. Could bring your CPU temps down by a few degrees.

Yeah, ive tried all configs i possibly can with it now, but its just a temporary fan until my vardar fans gets here in the mail, so the whole top will be exhaust.

Seems like im bumping into a VRM temp limit atm, since i have validated this chip in CPU-Z @ 4.6ghz, so i just need to cool those VRMs better, and i should be able to post some more HWbot records

so the whole top will be exhaust. 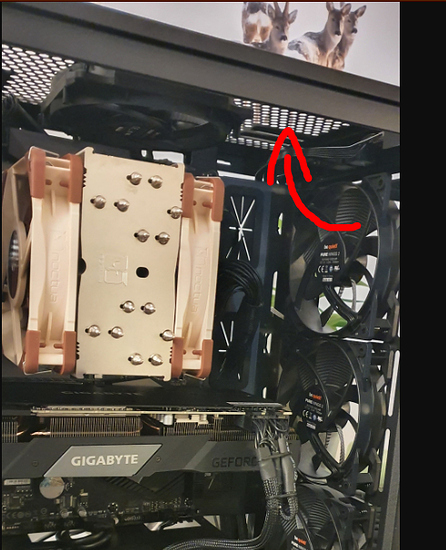 ^^^ Facts. Would be fine if you had dual radiators since it’s still pushing/pulling through your cooling setup, but for air coolers I’ve always been a fan of fans in the front and back only for clean airflow in through the front and out the back.

If they are ran at the same speed, yes they will, but i always run my intakes at the front at 80%, and the top fans doesnt turn at all before the vrm reaches a certain temp, that is how i`ve always have done it, and it works for me

Would be fine if you had dual radiators

i would disagree, all my rigs are watercooled, i do all i can to avoid pushing hot air to my rads, from my testing, that makes a couple of C difference during full load, so i tend to do the total opposite on water.

That’s a thing I noticed with Turing as well, it’s really dang cool

i totally agree, Turing seems fun to play with, but i still have a sweetspot for the 10xx series

intakes at the front at 80%

Big Oof on noise at that.
My whole system rarely reaches 40% fan speed, idle is like 10, web browsing and office tasks get it to 20% at times.

But the radiators are making hot air. And when they are in series, it makes very little difference.
When it is two loops, I could see why you would want to pull in air from elsewhere (allthough 40°C vs 45°C is on “who cares” levels of differences).

Big Oof on noise at that.

I see the noise argument, but i have been in war for 7 years of my life, im pretty much deaf so it doesnt bother me, hahah!

When it is two loops

pretty much all my systems are two loops, since the systems i use are SLI \ Quad SLI, so thats why i do it like that, hehe

i totally agree, Turing seems fun to play with, but i still have a sweetspot for the 10xx series

Pascal lads were pretty dang noice. I had two EVGA 1080 SCs for a while, they’d do 2100Mhz core in SLI, sadly most of my games didn’t scale well (but the one that actually scaled to 99% usage on both cards got stupid fps numbers, 134-144fps at 4K ultra/no AA in Battlefront 2015). The 1080 Ti I had for a bit was a Gaming X one, also an extremely nice GPU. Never pushed it all that hard though so IDK what it would have done, and I traded it for my 1660 Ti + cash. Mostly because my RVII has more sentimental value so I wanted to keep that instead, and I didn’t like having such a gorgeous card just sitting around with nothing to do.

the power target is locked to 114%

THIS can be easily fixed

And yes, when SLi scales, omg is it pretty, haha!

Oooooooo noice! I’ve got two Classified 780s on the way rn, planning to dabble with SLI again and see if I can get it to behave better in games. Couldn’t afford 980 Tis, otherwise I’d have gone with a pair of those.

Also oof my SR-2 keeps misbehaving, I got it to boot a week or two ago but then I rebooted it and it wouldn’t post, have to figure out why it’s being funky. It was bought as a working one, and booted when I first got it, but it’s been iffy since for some reason (it was solid AF when I got it, the seller slapped a couple quad cores to 4.6Ghz or so just to make sure it was alright before he sent it out).

oooh, Nice! those are on my wishlist to have in my shelf, i have a shelf where i keep the goodies! (so high up the kiddo cant reach)

980Tis are the same price as 780`s here, the used market here is insane these days, lol

If I can get my living room put back together (rebuilt the main rig and ended up needing at least one thing out of every box on my shelf so RIP organization) I may pull it out and tinker with it again this weekend, can get up close pics then (I do have a second SR-2 that only boots with one CPU if I need to cannibalize parts).

Man, i envy that cooler placement on the heatsink, that’s why i’m searching for new RAM lol.
A kit like your’s would work wonders in my setup.

you have 2?!?!? you Rascal, those boards are sooo hard to get where i live, i would rejoin the army for one more, hahah!

please do send me some pics when you have the time, and i will have look