Does anyone else think that the new CPU prices seem to be a little low? With the 7600k coming in at $200

Where you seein that price?

Please tell me that is satire!

I wouldn't pay any attention to those price leaks. Expect it to be the same as Skylake.

Afaik the latest leaks, yours are from.oct, have it at the normal $250 price

Just released in the UK

When a post seems trolly, I just check for this...

I don't really see how it is a troll post. He asked a valid question

It's not a valid question and it's not even accurate.

Wow, are you people serious? I'm here to learn and pass information. I'm not a troll or here to pass any advertisement, i just got the email. What a bunch of noobs 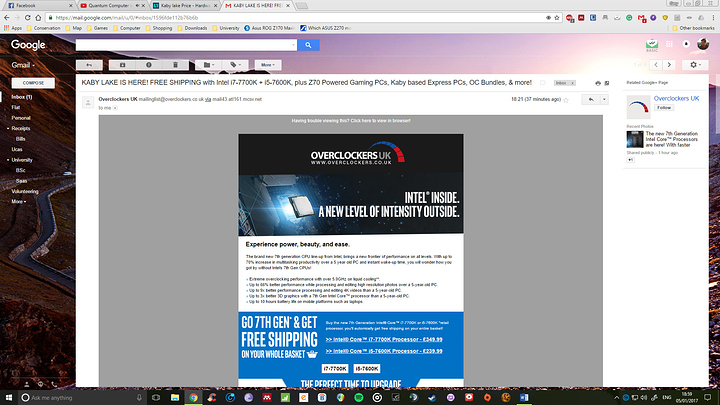 In that case it kind of backfired. Every one here all ready knew they were out or coming anyway, so it is not some news that they are out. The price was not some baitey thing as all that did was let everyone know they are actually more expensive,

No it was just a question. it has been answered.

What a bunch of noobs 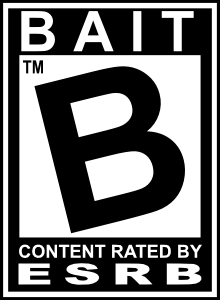 Honestly, even if the 7600k was 200Euro, you'd have to be a complete idiot to upgrade to it from Skylake, heck, even Haswell (which came out mid 2014!). The performance difference between the 7600k and the Haswell equivalent is so minimal (5-10% in most cases), that it makes no sense to do.

What is Kaby lake? I only know of Kaby Lake.

heck, even Haswell (which came out mid 2014!). The performance difference between the 7600k and the Haswell equivalent is so minimal (5-10% in most cases), that it makes no sense to do.

I have a 1st gen i7 (i7 860)... Ryzen and a 6900K are only ~2.6 times better in the Blender test (about ~2 times better than mine is the i7-4770K). Goes to show you that a CPU from 2009 really isn't that bad with a full multithreaded workflow. Another way of putting it is that older multi-core CPUs will suck less when making something that will only utilize 1/8th of your CPU is less common with games and software.

They have the same recommended price on ARK.

I wouldn't doubt that Ryzen looking like a competitor (and that people are watching for it) has put some fire under Intel to be more competitive with pricing. If they're giving resellers less markup then resellers will also likely have less markup...

You must come from Voat.