Just had my first American IPA!

So, I have just got back from Ferndown with my mum & brother after having a nice meal at The Night Jar.
I was wondeing @Logan if you have ever heard of Devils Backbone IPA? That's whay I had... and I loved it!!! Its classed as American (and I love America) so had a nice pint with my meal.

I had that in a Wetherspoons a little while ago, and despite loving IPAs and most ales in general I simply couldn't get into it. Still drank it, but I doubt I'll drink it again.

i live in belgium, ipa's are not that popular here, but i enjoy a good ipa.

eep, I can't imagine what it would be like not to easily be able to get a great American IPA. I love European beers, especially Belgium, but we are so friggn' lucky in the States to have not just so many but so many awesome breweries and they are all pretty much easy to obtain. If this stupid terrorism crap ever dies down I'd be tempted to open a brewery in Europe somewhere during my twilight years.

''terrurizum cannae keep me from beer" :)

Fair enough question. :O)
The general way of life, the wide open spaces, the people. My country (England) can fit into the state of Texas [about] 8 times! That shows just how damn small England is!

My usual drink is Guinness @xL3thalTuRdZz but when I saw Devils Backbone, I just had to try it! Loved it!!! :O)

I remember years back when I was married (mid 1990's) I got drunk on Christmas Day after downing a few glasses of dry white wine and a pint of my [then] father-in-law's home made Scrumpy Jack cider! Spent several hours with my head in the toilet! Good times...... NOT!!!

This is my favorite "not-quite Pale Ale" 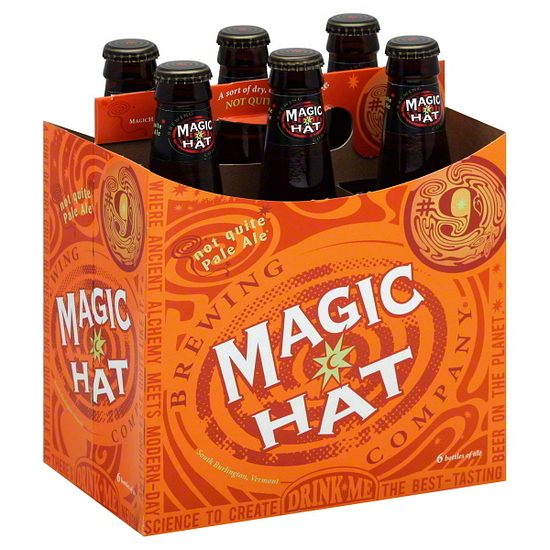 Ruination 2.0 is still really good if you're into super hoppy beers. Double IPA goodness. My go-to beer is Terrapin Hopsecutioner, which is an IPA, but not sure how far out you can find Terrapin. The brewery is ~30 minutes from me in Athens(Georgia), but I've found it as far away as Mobile, Alabama.