Just a little question about a laptop, and whether or not I can remove it's screen

Long story short: laptop's screen is brocken, it belonged to someone
who was getting very angry when he had lag while playing LoL, if you see
what I mean haha

Now, I'm using the laptop with a TV and via HDMI.

The problem is that now, the screen is barely attatched to the
laptop, and it's annoying to transport, I would like to remove it.

The problem is THIS: https://imgur.com/a/j9J4I

I think these are the wifi antenas, that are fixed on the lower part
of the screen. My question is, do you guys think it's safe to detatch
them from that area, maybe fix them somewhere on the rest of the laptop,
and keep using the laptop without it's screen. Are they somehow fixed
to the metal / plastic part of the screen ? are they only fixed to the
black part you see on the pictures ? if so, should I remove them ?

standard wifi/bluetooth antennas. you could replace them if you wanted to, but they should be fine to remove.

So I should just gently remove the sticker black part off the screen area ? What I don't really get is that it looks like it's sewed to it somehow.

its glued. if you break it you can just buy new ones fairly cheap. 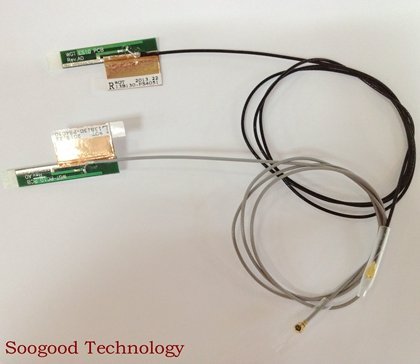 NEW in package, a pack of 2 antenna. Laptop WiFi/Bluetooth antenna for most any laptop or netbook brand including Acer, Dell, HP, Samsung, Sony, Toshiba and many others. Standard "U.fl."connector. Cab ...

Okay, thanks for your reply ! I'll probably try that.

or most times you can scavenge them out of old laptops.