My last HTPC was based on amd’s Kaveri apu, and the board was mini atx form factor so i wanted to go smaller and update the internals.

i picked a ryzen 2200G cause it was pretty cheap and is more than enough for a HTPC, picked up some corsair vengence ram, 8gb of 3000 cause i think the max for the cpu is 2999 or something.
samsung m.2 for the os and a 1tb HGST for storage.
using the old TFX 300 watt seasonic gold PSU from the last HTPC
and all stuffed in a cooler master elite 130

i was originally gona use an old rosewill capstone 750 watt gold (why its in some of the pics) but it has too many wires coming off of it, plus the tfx psu has no fan operation feature when its not needed. Sound output of the system was also a goal.

ok on to the pics! 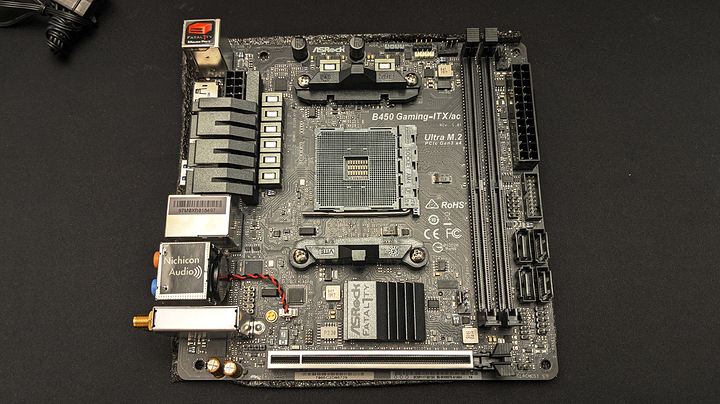 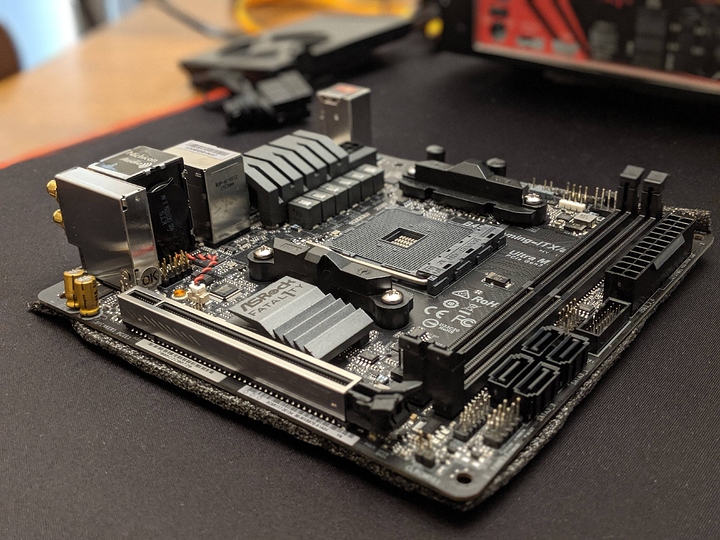 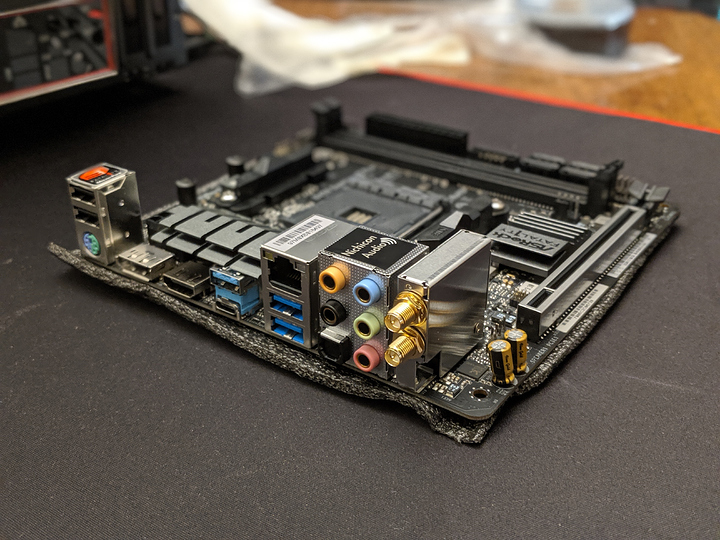 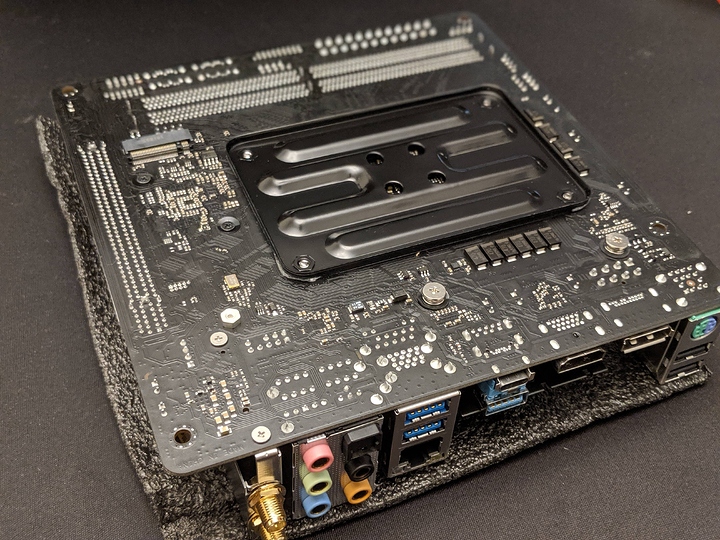 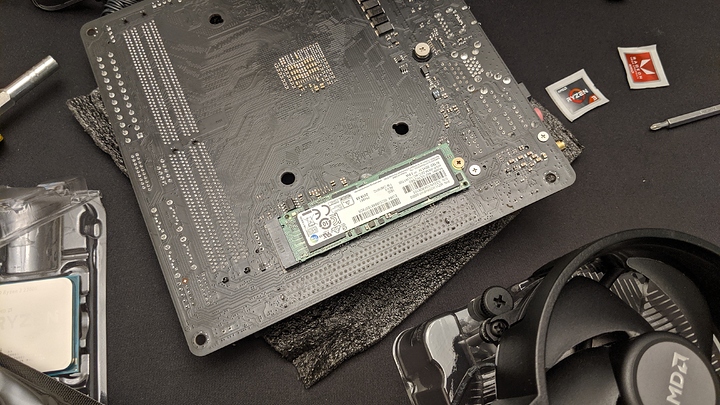 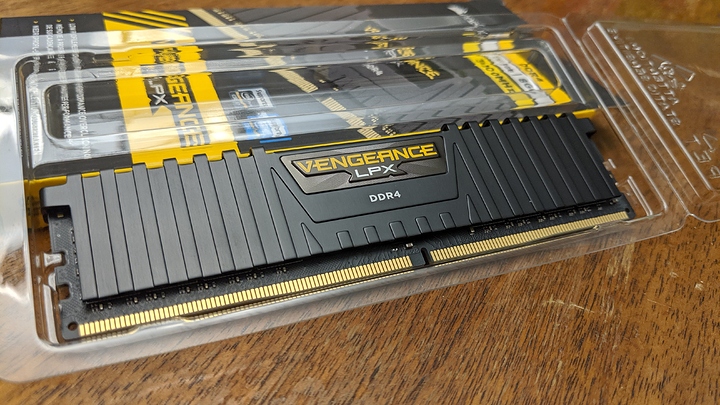 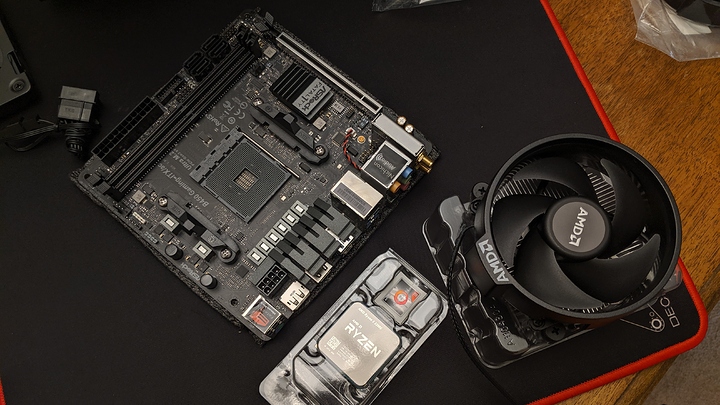 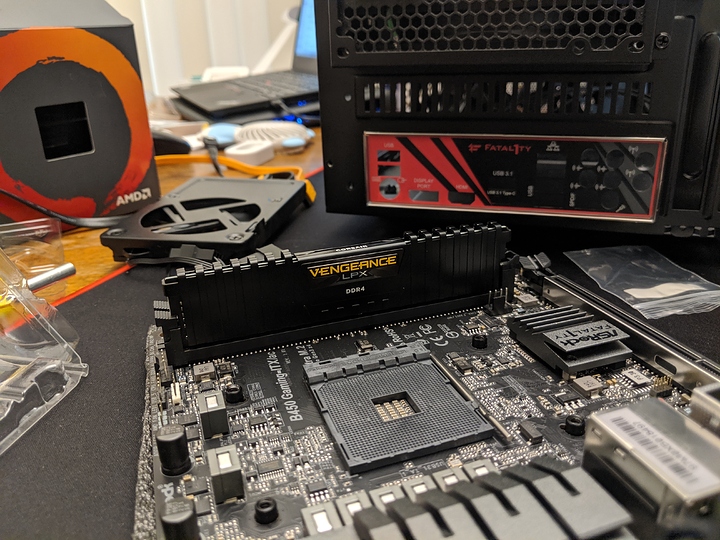 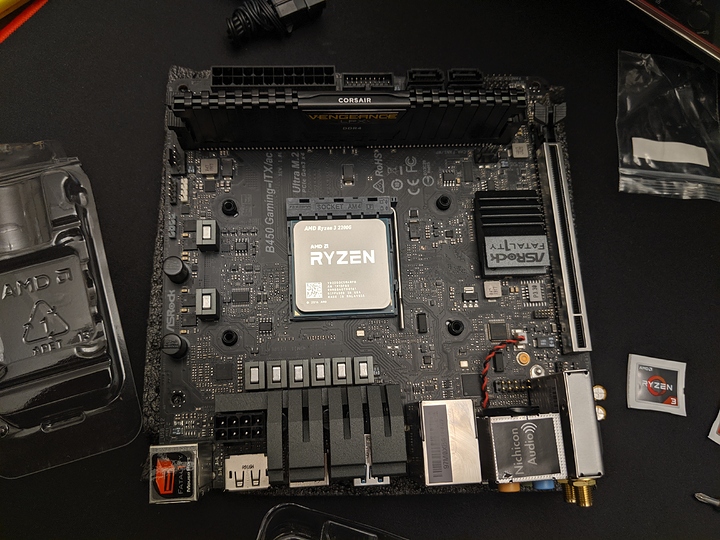 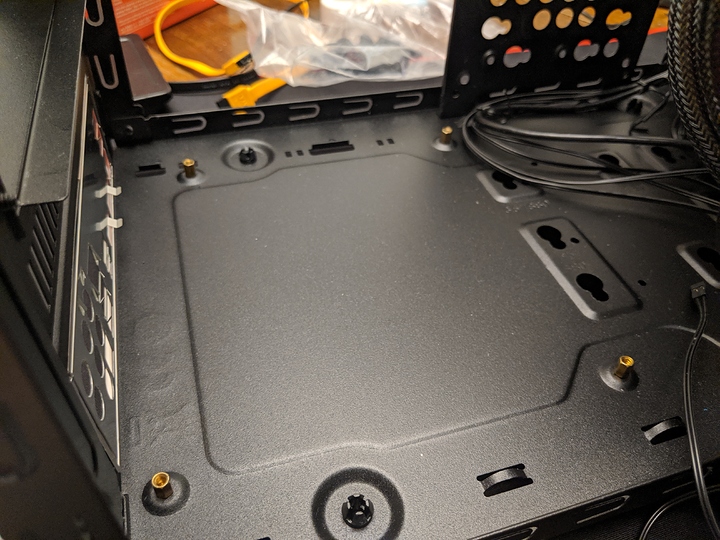 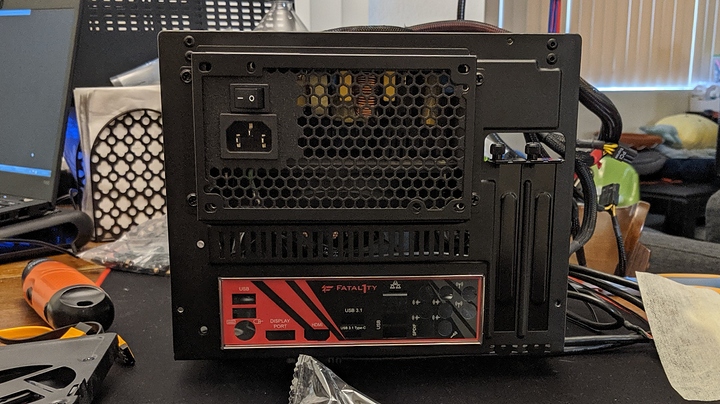 with the full size PSU there wasnt much headroom 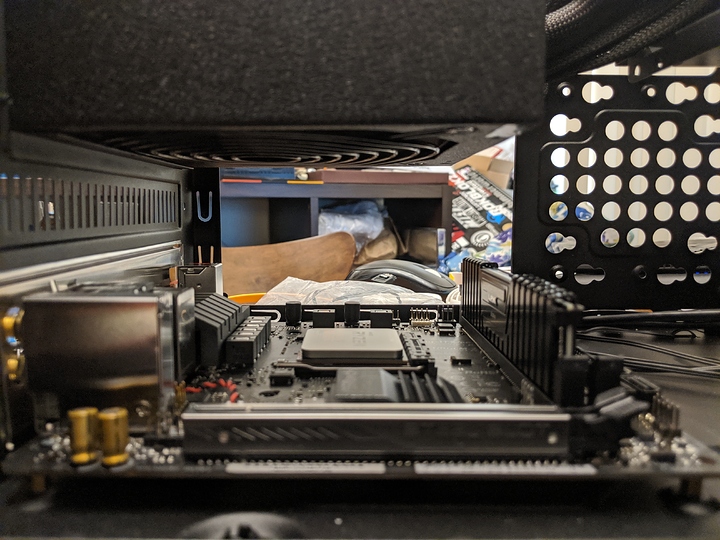 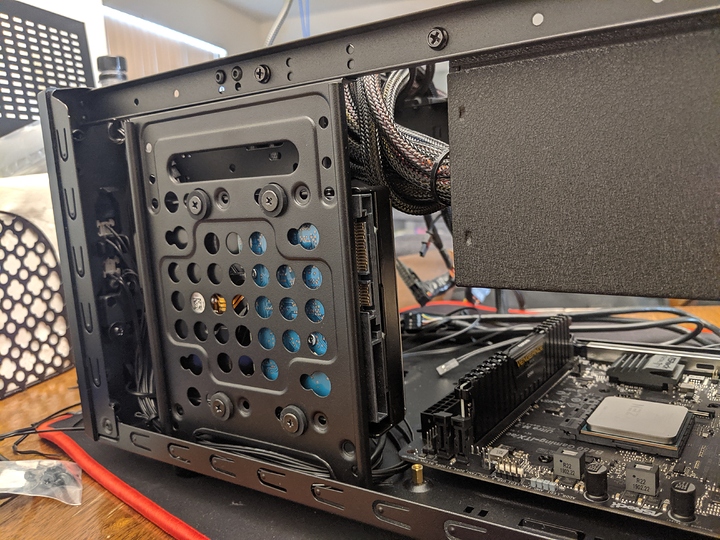 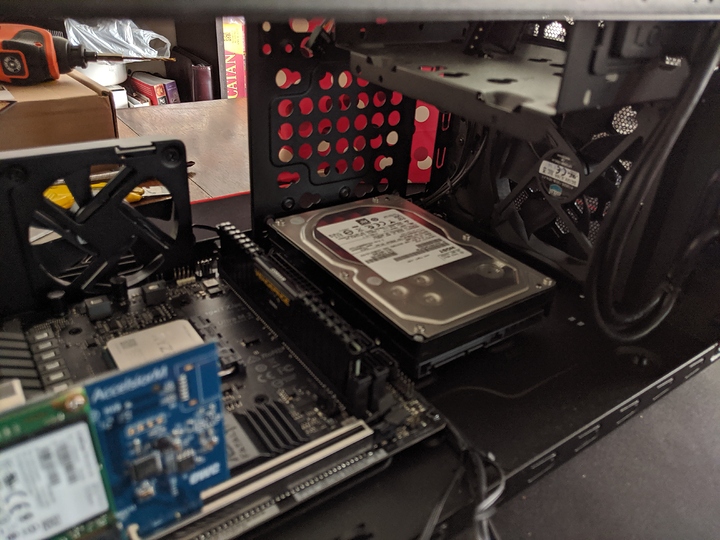 was gona try to see if this m-sata still worked since i have an empty pci slot but it just hung up the system when i tried to boot it so i took it off, pretty much dead. 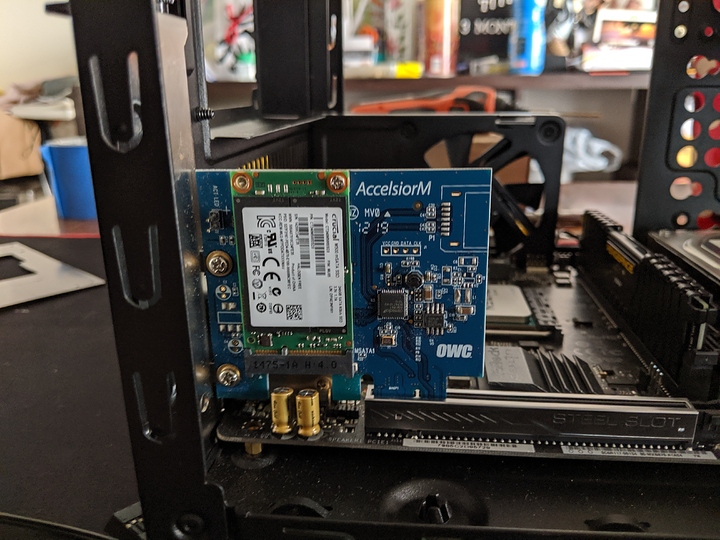 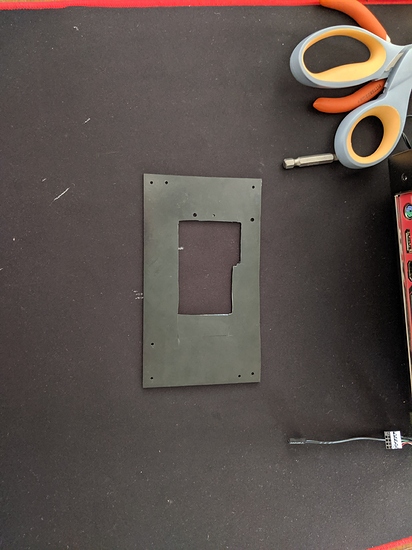 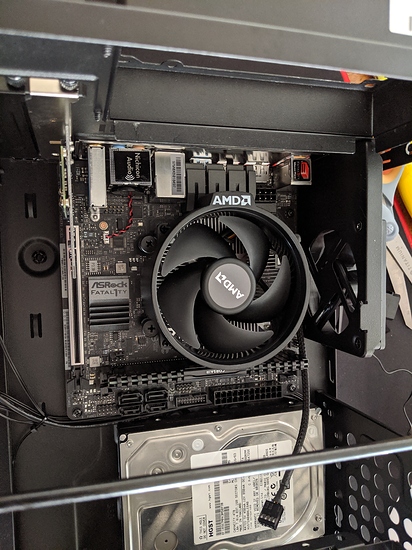 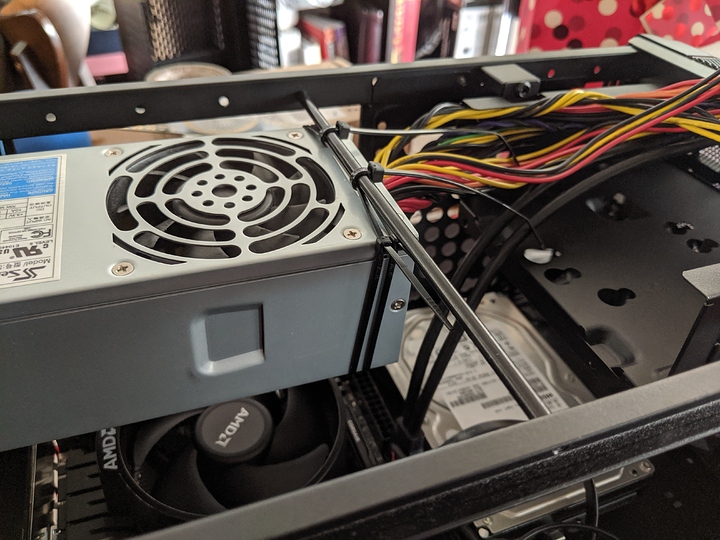 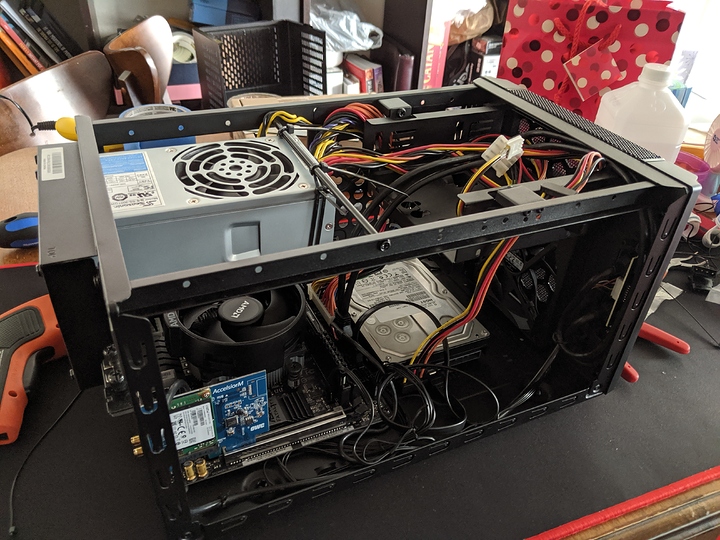 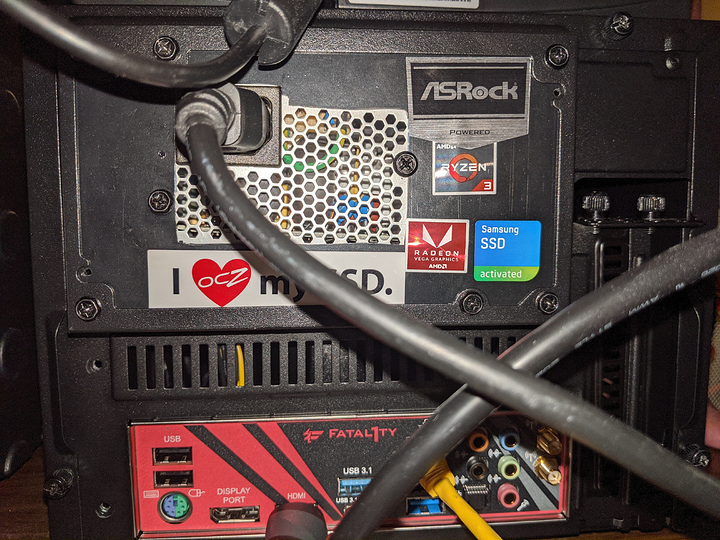 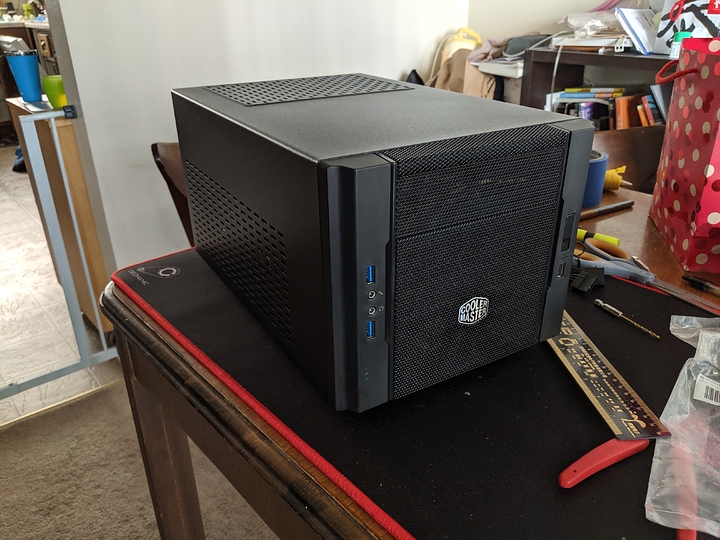 Nice, though for HTPC computers this form factor is kinda getting more and more obsolete - I hear mini-STX builds are the way to go these days, like the ASrock A300 at a mere 2L volume.

That case looks like a decent 10-12L case though and also allows for a decent GPU if you want to upgrade later, so great choice for a multi-purpose NAS / HTPC box!

Spinning rust for HTPC? And single channel DDR4 for APU?

Exactly, the build only cost me less than $400 in new parts.

Lol, in a bucket somewhere