When I was just a sprout we had this thing called Mtv. It was a basic cable channel that played nothing but music videos for 24 hours a day. Every day. All the time. It was great.

Here is a music video from that time period. I liked it as a kid because it was so graphic. Fast forward to now and this video is oddly real and very scary.

Takes me back in time :)
The beginning brings back memories of Extreme Dinosaurs.
Style reminds me of Batman: The Animated Series.

And yea, history, mankind and the future are scary. The song itself is great though, love how the "faces" of the people change (showing their real self).

I forgot about extreme dinosaurs! Hell yeah! And yeah, I've never researched it but I'm convinced it was animated my the same people that did Batman. The scene with the cubicle farms is what really shook my core.

I was hoping this was Pearl Jam related in some way from the title. Not disappointed.

I love that video, it is my second favorite of all time. Pearl Jam based the song and video on the novel Ishmael by Daniel Quinn. The lab monkey at 2:44 is Ishmael. An excellent book about a sentient gorilla having a philosophical discussion with his biographer. I wonder how many parents said "Turn that crap off! TV is a wasteland and you'll never learn anything watching MTV." Ishmael is a 1992 philosophical novel by Daniel Quinn. It examines the mythological thinking at the heart of modern civilization, its effect on ethics, and how this relates to sustainability and societal collapse on the global scale. The novel uses a style of Socratic dialogue to deconstruct the notion that humans are the pinnacle of biological evolution. It posits that anthropocentrism and several other widely accepted modern ideas are actually cultural myths and that global civilization is enac...

References in popular culture:
Eddie Vedder of Pearl Jam has cited the book as an influence on their album, Yield. Quinn responds to the album's significance in relation to the book on his website.

My favorite and still champion Number One song of all time with a bullet is the first video I ever saw (in the Peppermint Lounge - NYC) when MTV was about a week old. It's animated also. The Tom Tom Club is a spin off of the Talking Heads husband and wife rhythm section: Chris Franz on drums and Tina Weymouth on bass. They live in Fairfield, CT. I saw them recently at Fairfield University. The Tom Tom Club is a big band (12 musicians + or -) with rotating session players like Bootsy Collins.

Another great animated video that's a little closer to Pearl Jam musically is Go With The Flow.

I've never seen the Tom Tom club video before. It's definitely a top down, volume up, cruizin' song. At the parts where she says Bohannon over and over it makes me think of this guy. 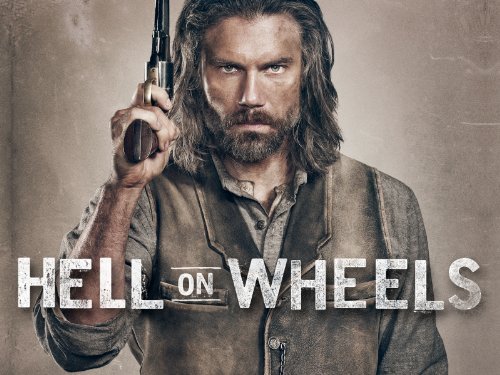 Go with the flow is one of my favorite songs of all time. It's not a top contender but it has survived in my playlists since it was initially shared with the public. You've got some good taste in music.

I'll have to check out that book too. Thanks for the info.

1981,playing risk with my friends and Martha Quinn was so cute.

makes me think of this guy

The key to having good taste in music is having no taste at all.
I will listen to anything from Abba to Zappa, but not Jazz.
(My dad was a jazz musician and I am sick of that shit)

Lol I know what you mean. If I have to hear one more "runnin' with the deviiiillll aaaahhhhhh ooohhh aaaaahhhh yeah! I just can't stop runnin' no ooohhh aaaaahhhhhh!" I'm going to go postal! It's a good jam. But 30+ years of that shit is enough.

In music I look for quality. Both general and unique. It took me a long time to convert over to electronica from rock and rap but I find that it's still a place where people are being creative without too much restriction. (As it should be)